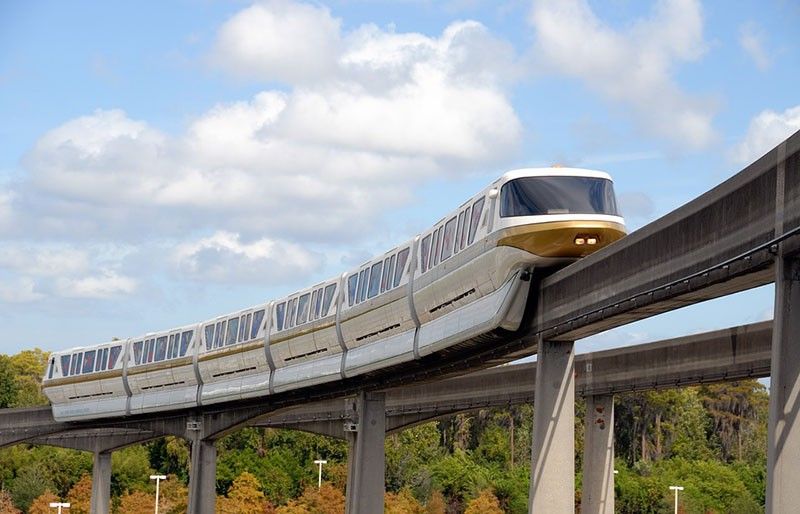 An example of a monorail (Image from Pixabay)

INSTEAD of a light rail transit (LRT) system, Metro Cebu will have a monorail based on the revised proposal of the Davao-based Udenna Group.

Udenna Infrastructure Corporation and its foreign partner were granted original proponent status (OPS) for its proposed Cebu Rail Project under an unsolicited proposal submitted to the Department of Transportation (DOTr) last year.

Using the monorail technology, the project cost will be brought down to about P80 billion, half of the estimated cost of an LRT system, said Manuel Jamonir, assistant vice president for operations and business development manager of Udenna Infrastructure.

A monorail is a rapid transport system that runs on a single rail and is usually elevated.

Jamonir said the DOTr accepted their unsolicited proposal and granted them an OPS in December 2018. He declined to identify their foreign partner, saying he was not allowed to disclose it yet.

Jamonir said Udenna's project proposal is being reviewed by the Department of Transportation (DOTr).

He was hopeful that the DOTr would conclude its review by next month and endorse the project to the Investment Coordination Committee (ICC) of the National Economic and Development Authority (Neda) for technical review before it goes up to the Neda Board for approval.

"We will go through the usual process of project approval. Right now, the project is being reviewed by the DOTr," he said in a telephone interview.

Neda Director General and Socioeconomic Planning Secretary Ernesto Pernia confirmed in an email that the project has not been endorsed to the ICC yet.

If the project is awarded to them, Jamonir said they hope to begin construction of the infrastructure component by 2020 and complete the entire project three to four years later.

"It would all depend on when the project is approved and if it is awarded to us. This is still subject to a Swiss challenge," Jamonir said.

Under their revised proposal, Jamonir said there will still be two lines, Central Line and Airport Line.

The Central Line, however, will be shorter at 17 kilometers from Talisay City to Cebu City while the Airport Line will cover about 9 kilometers from Cebu City to the Mactan Cebu International Airport on Mactan Island.

Both lines will converge at an interchange that will be established in Cebu City. The details would be determined in the detailed engineering studies, Jamonir said.

The original proposal was for the Central Line to serve commuters from Danao City in the north to Carcar City in the south.

Jamonir said they will first focus on the highly urbanized areas before expanding to cover the entire Metro Cebu.

"The plan is for the simultaneous implementation of the two lines. It will all depend on the detailed engineering design," he said.

Udenna is also behind the Clark Global City mixed-use development in Pampanga.