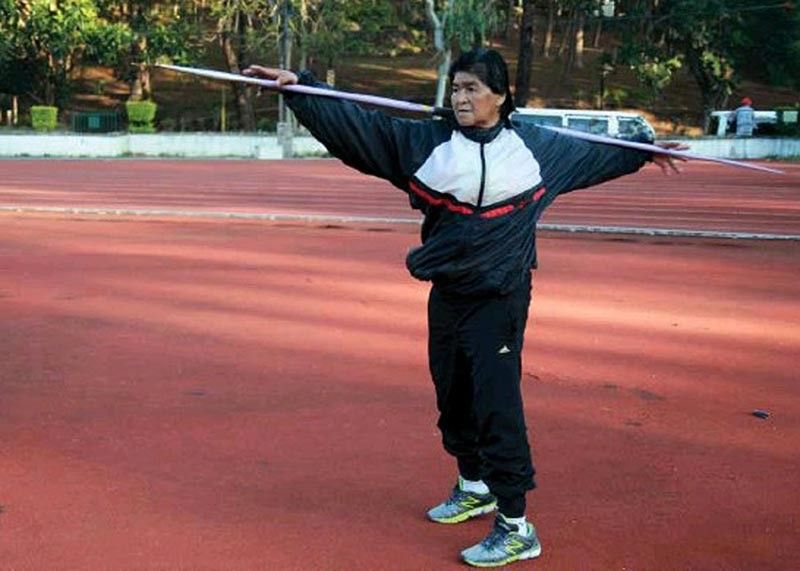 Lavandia also came out with golden performance in the discus, shot put and hammer competitions, feats that cemented her status as the queen of throwing events.

"I would like to emulate an 80 something pole vaulter and a 70+ runner competing in hurdles," said Lavandia, who claimed the P120,000 incentives given to her by Baguio City.

"If they can do it, why can't I," added the first of the Gintong Alay athletes who moved to Baguio in 1979 to train under the sports program of former President Ferdinand Marcos.

Lavandia was referring to 84-year-old pole vaulter Flo Meiler, who travels around the world just to compete in Masters where she won and even broke world records.

Lavandia was already with the defunct Philippine Constabulary-Integrated National Police in 1977 when she was reassigned in Baguio for further training.

"I loved it here and I never left even after the Gintong Alay program was scrapped (in 1986)," she said.

With every medal she won in the SEAG, the corporal first class was promoted a rank higher until her retirement in 2008 when she achieved the rank of Police Chief Inspector, now a police major.

"I also had successes as a cop, not just in sport and trained also in traffic management," added Lavandia.

She looks forward to meeting again her fellow sports legends like Lydia de Vega, Guido del Prado, Elma Muros, Eric Buhain, and Hector Begeo in a reunion of Gintong Alay athletes set to be held in November this year.

Lavandia is expected to compete again, this time at the (javelin) world masters athletics in Canada this year.

"I played in all the throwing events only in the Southeast Asia region, but not in the Asian or World competitions," she added. (PNA)