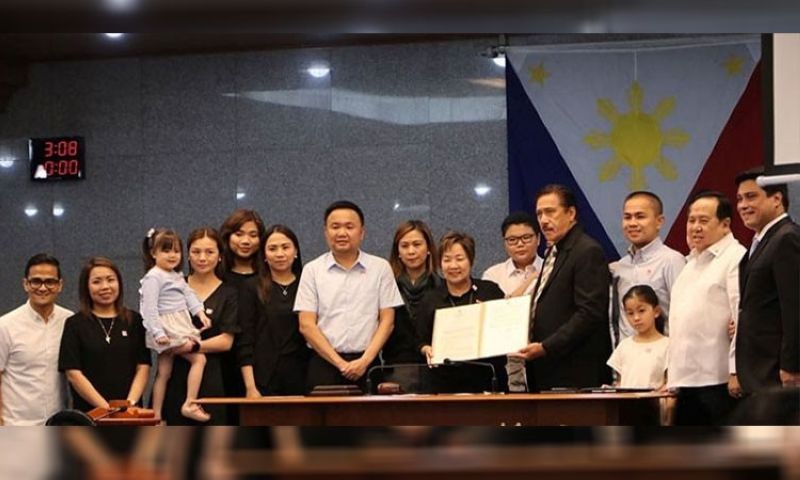 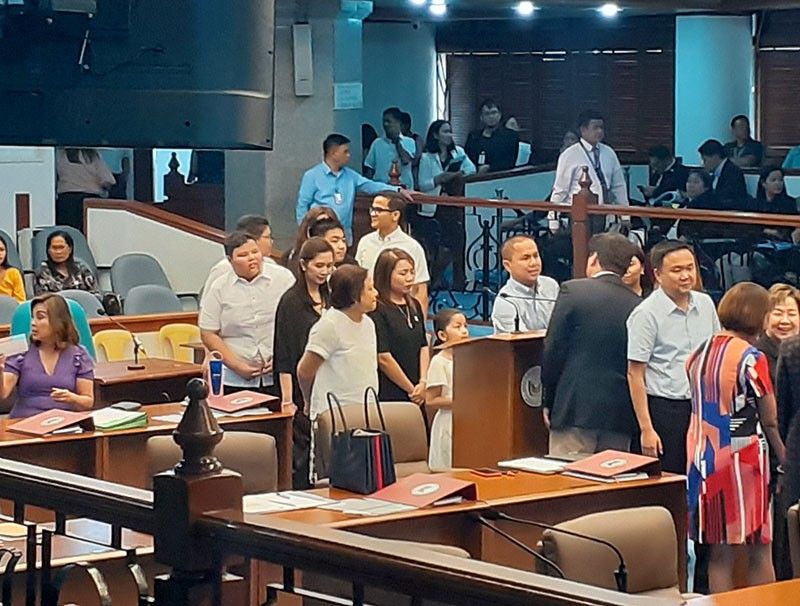 MANILA. The family of the late Liberato "Levy" P. Laus arrive in the Senate on Wednesday, May 29, 2019, for the recognition given by senators to the late businessman's contributions to entrepreneurship and countryside development. (Photo by Ryniel Berlanga/SunStar Philippines)

SENATORS on Wednesday, May 29, 2019, paid homage to prominent Pampanga businessman and SunStar Pampanga co-owner Liberato "Levy" P. Laus by adopting Resolution No. 147, recognizing his contributions to entrepreneurship in Central Luzon and to countryside development in the country.

The resolution described Laus as a "taipan, a visionary and a philanthropist driven by a personal dream to transform his life not only by achieving success but by building a legacy."

Laus was the chairman and chief executive officer of the LausGroup of Companies, the largest multi-brand car dealership network in the country.

In the resolution passed on May 22, 2019, the senators said Laus was a model businessman, who paid his taxes diligently and correctly as evidenced by his citation as one of the the top taxpayers in Central Luzon.

He advocated for the the Regional Investment and Infrastructure Coordinating Hub (RICH) of Central Luzon.

The senators noted that Laus started as a clerk in a local bank. He resigned and founded the Laus Marketing in the 1970s.

"At that time, he has diligently acted as one-man team - selling, documenting and delivering products. His perseverance with his craft sharpened his acumen for championing business," the resolution states.

Laus reaped numerous awards and distinctions throughout his career, which attest to his undeniable contributions to the Philippine business community.

Among the awards that Laus received were Most Outstanding Kapampangan in Business, Achievement Award from the Clark Development Corporation, Presidential Medal of Merit from former President Gloria Macapagal Arroyo, and Blessed Philipp Rinaldi Servant Leader from the Salesians of Don Bosco Philippines.

Laus was also the chairman emeritus of the Pampanga Chamber of Commerce and Industry, and a member of the Board of Directors of the Bases Conversion Development Authority (BCDA), Fort Bonifacio Corporation and Bataan Technology Park.

The resolution was introduced by Senator Richard Gordon. (MVI from a report of Ryniel Berlanga/SunStar Philippines)