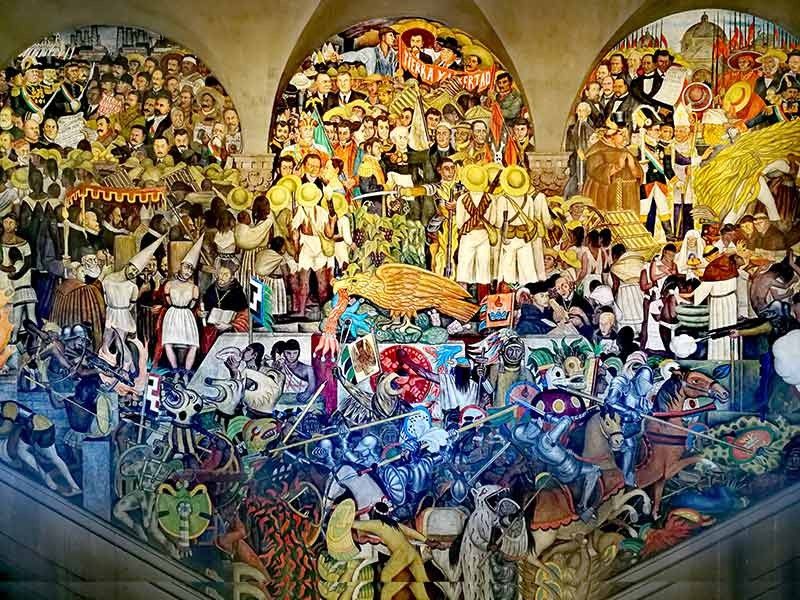 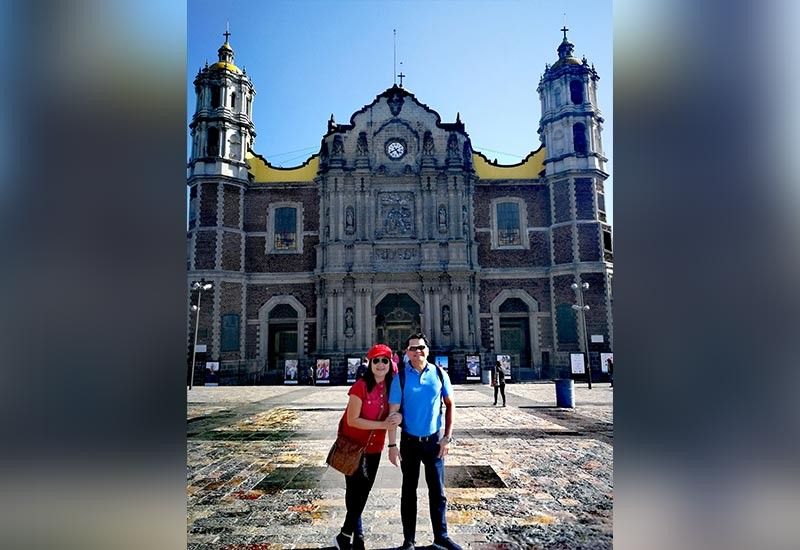 The Old Basilica of Our Lady of Guadalupe. (Photo by Grace M. Avanzado) 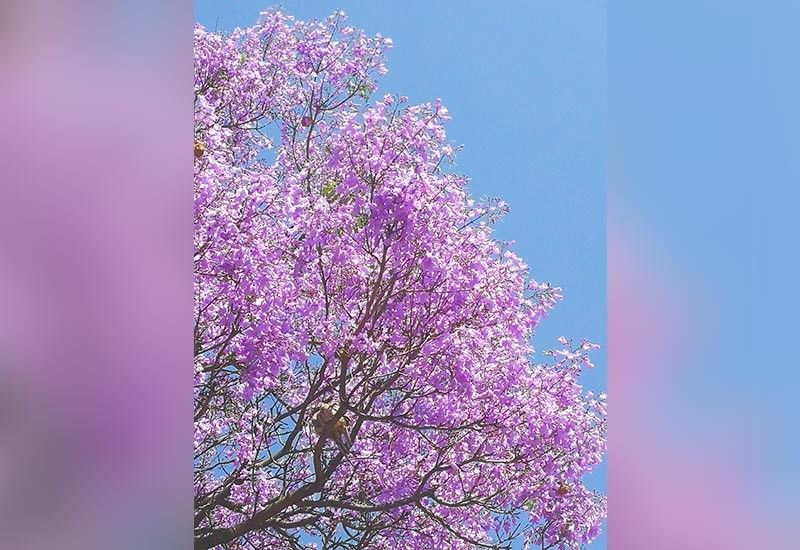 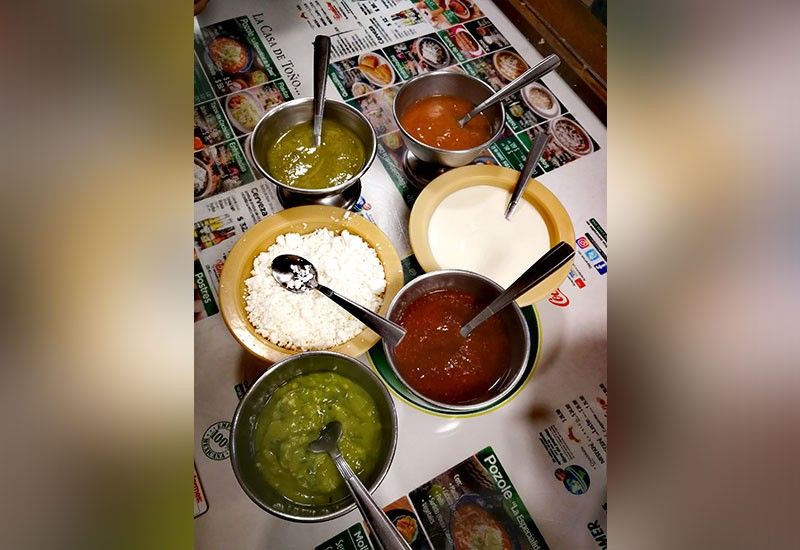 Dips and sauces of an authentic Mexican meal. (Photo by Grace M. Avanzado) 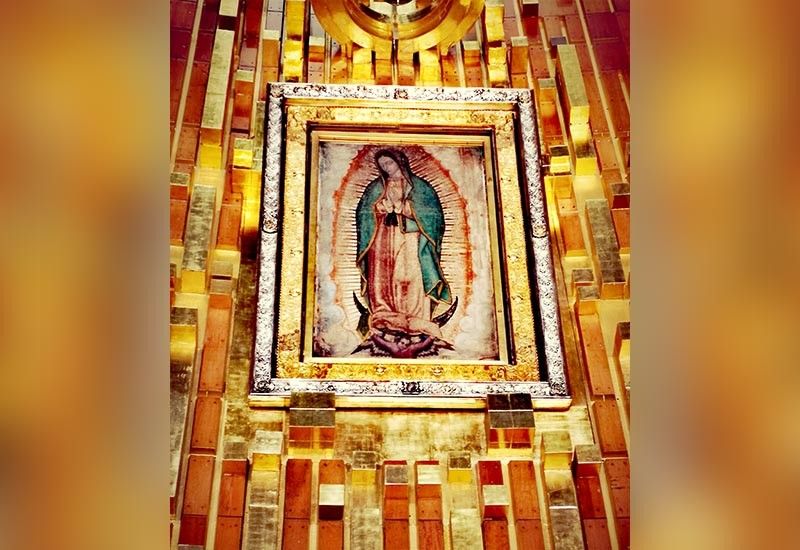 Cloak of Saint Juan Diego with the image of Our Lady of Guadalupe. (Photo by Grace M. Avanzado) 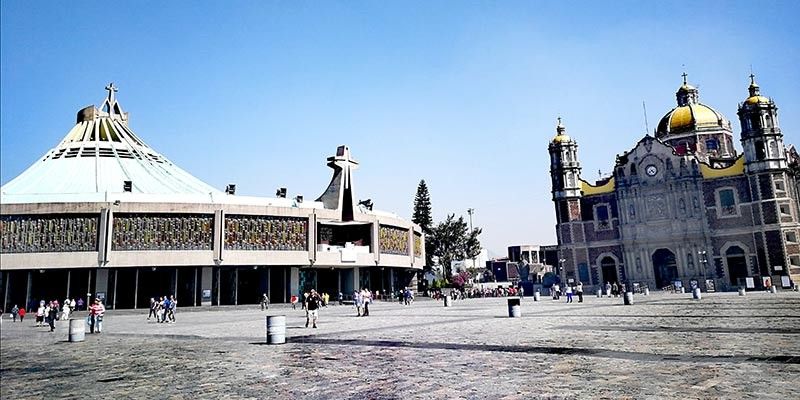 SIDE BY SIDE. The Old and New Basilica. (Photo by Grace M. Avanzado) 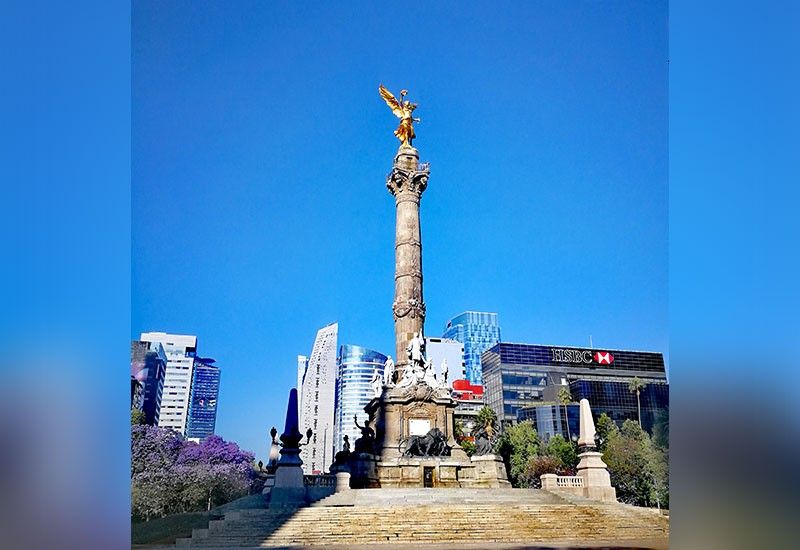 El Angel, or the Goddess Nike, centerstage at the Column of Independence. (Photo by Grace M. Avanzado) 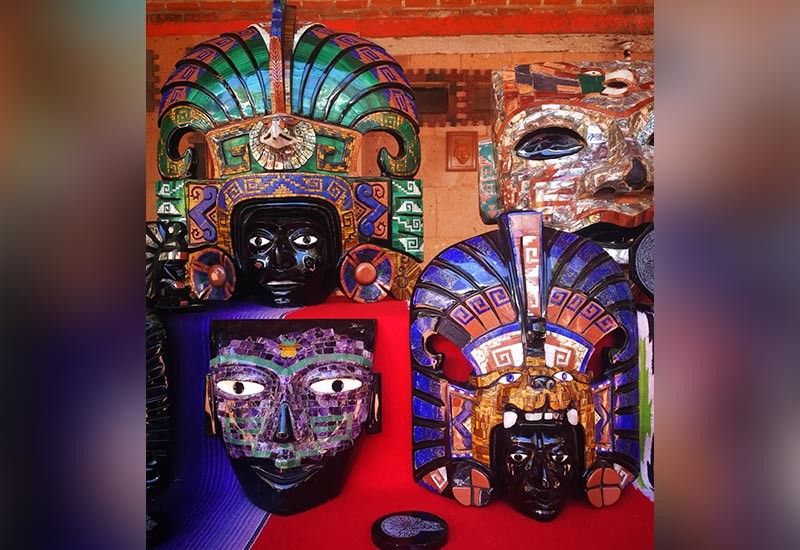 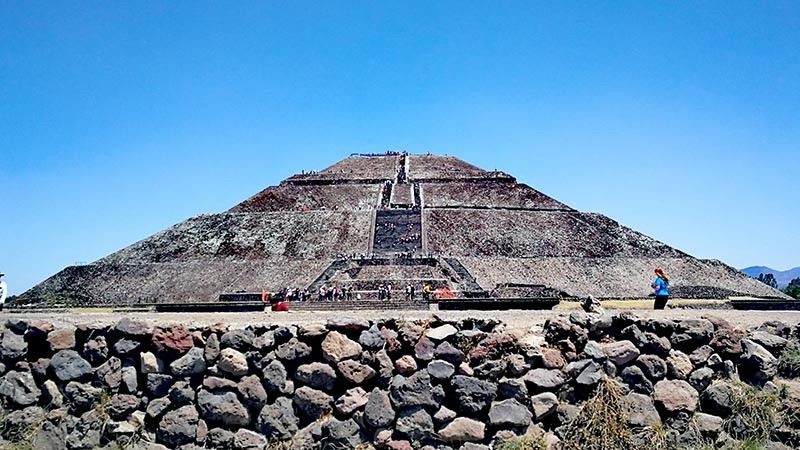 Pyramid of the sun (Photo by Grace M. Avanzado)

THREE plane changes after leaving Cebu, I found myself on a bus leaving Mexico City’s airport eager to take in the sights of this city which my paternal relatives claimed was where our lineage came from.

In the early hours of evening, the view from the window was very much like home. Images of downtown Cebu flashed through my mind and then, I saw it. A sign in an old building had Morelos written on it, and I smiled at the realization that there may be some truth to our family legend after all.

The next morning, we woke up to a spring morning that boasted of blooming jacaranda trees – transported here by an immigrant from Brazil – their violet-blue flowers sparkling in the sun, complementing the city’s amazing cactus plants in all shapes and sizes. The official coat of arms of the city depicts a golden eagle devouring a snake perched atop a prickly pear cactus – proof enough of the significance of cactus here.

Our first stop was Paseo de la Reforma, known to be the city’s most beautiful avenue because along its whole length of 9.5 miles, you get a glimpse of Mexico’s pre-Hispanic past, the influence of New Spain, the changes that came with independence and revolution and added to the mix, the presence of skyscrapers symbolizing the future. The Angel of Independence stands proud amidst all this – as a salute to both the sacrifices of the past and hope for the future.

The Basilica of Our Lady of Guadalupe is a national shrine of Mexico, which houses the cloak containing the image of Our Lady when she was believed to have appeared to Saint Juan Diego. The Old Basilica, which housed Juan Diego’s cloak from 1709 to 1974, had recently undergone repairs, but still appears to be sinking, so for the safety of the pilgrims and the preservation of this valuable piece of history, a New Basilica was built next to it. This modern structure was built with a circular floor plan so the image of the Virgin can be seen at any angle. I personally found it very tourist-friendly as three alternating walkalators below the iconic cloak allow one to see it up close without disturbing any ongoing mass.

Among the many historic buildings you will see in the Old Town, the Palacio Nacional is a stand-out. A mural on its central patio by the famous Diego Rivera, is a colorful, intricate, detailed look at Mexico’s history. Looking up at it, amazed by the attention to detail, I wanted to give the artist a bow, one so well deserved as even in the hallways upstairs, smaller murals told stories in vivid color.

The San Juan Teotihuacan municipality, designated by Unesco as a World Heritage Site in 1987, is the most-visited archaeological site in Mexico. The Teotihuacans pre-date the Aztecs and the Mayans, but their origins are yet unknown. The ruins of this city contain plazas, temples, apartment compounds, and a canal system, all connected by the Avenue of the Dead. At its north end stands the Pyramid of the Moon. At the east end is one of the largest structures in this area - the Pyramid of the Sun.

There are still so many places I have to discover in this city of contrasts; more time is needed to savor local art and the botanical gardens, explore the historic buildings and learn more about the love story between Frida Kahlo and Diego Rivera and the explosion of artistic masterpieces both of them created. I want to meet a shaman and see her enter a trance before performing a healing ritual.

I have now put Mexico City on the top spot of my To-Return-To bucket list.