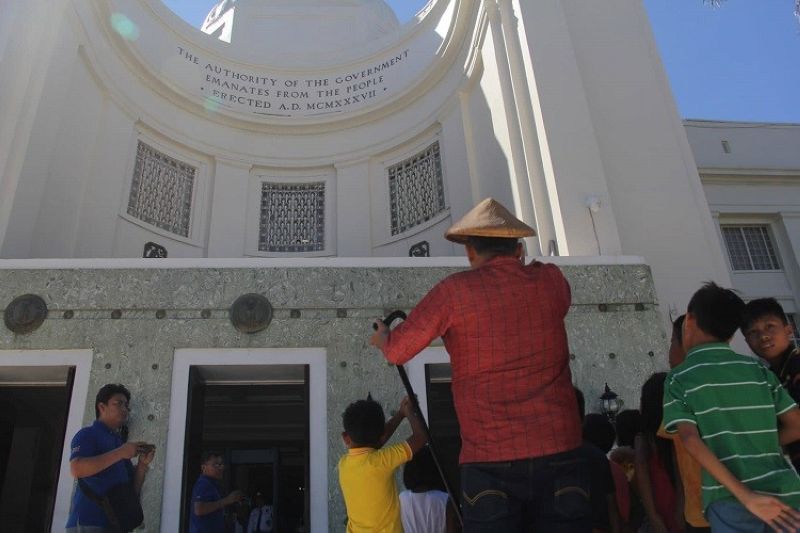 CEBU. The Capitol building, which was built in 1937 during the incumbency of Governor Sotero Cabahug, is among the famous landmark in the city and has been the seat of the government of the Province of Cebu. (Photo by Amper Campaña)

WITH the hope to impart the importance of heritage even at their young age, children from Barangay Ermita, Cebu City, were treated to a heritage tour on Osmeña Boulevard, Wednesday, May 29, 2019.

City Ordinance 2474 declared every last week of May as Cebu City Heritage Week.

Bryner Diaz, officer-in-charge of CHAC, said the purpose of the tour was to raise awareness on the significance of some buildings along Osmeña Boulevard in the history of the city.

"While they are young, we want to instill on their minds and hearts how important these buildings are in the development of the city and the province," he said.

The heritage tour started at Cebu Provincial Capitol, where the kids had a glimpse of the previous governors in Cebu inside the gallery of the building.

The Capitol building, which was built in 1937 during the incumbency of Governor Sotero Cabahug, is among the famous landmark in the city and has been the seat of the government of the Province of Cebu.

The children then proceeded to the Rizal Memorial Library and Museum Building, the home of the first 24/7 public library.

The tour participants also went to see the Fuente Osmeña Circle, the Cebu Maternity House, the first birthing house in the city, the old Southern Island Hospital Nurses Home and the old house of former president Sergio Osmeña Sr., which was turned into an office of a college funding firm.

They also passed by Colon Street, which is the oldest street in the Philippines before proceeding to the Fort San Pedro.

Fort San Pedro, which is also a famous tourist spot in the city, used to be a military defense structure built during the Spanish time under the command of Miguel Lopez de Legazpi. (SunStar Cebu)