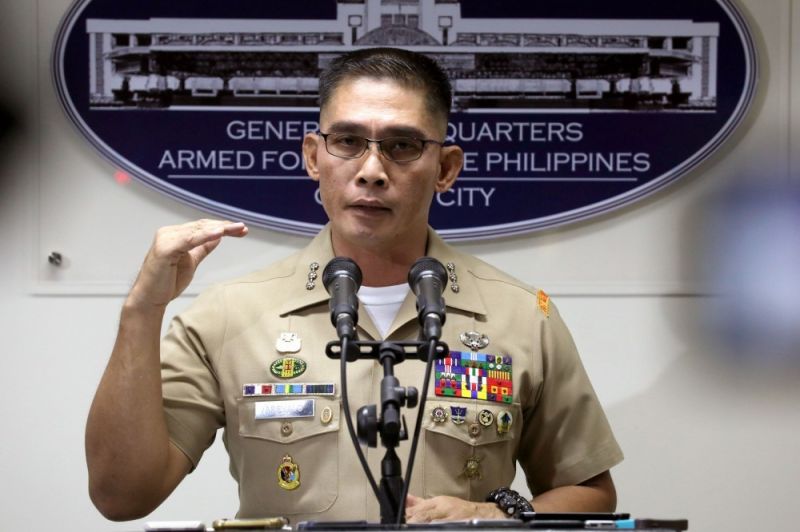 THE Armed Forces of the Philippines (AFP) has yet to monitor a "credible" destabilization plot against President Rodrigo Duterte, its spokesperson said Thursday, May 30, 2019.

He said no destabilization plot would materialize without the support of the police and military forces.

He assured that the AFP is not taking part in any plan to forcefully take over the government as it remains professional, mature and highly competent.

“Your AFP is comprised of very professional, matured and higly competent na mga sundalo at opisyal na masasabi natin na natututo na sa napakaraming karanasan natin na wala naman naidulot na mabuti in terms of trying to replace the leadership by force and besides sa ngayon napakaganda ng itinatakbo ng ating bansa at nakikita po natin ang AFP dapat ang focus is on defeating the enemies of the state and not and not an overthrow of government,” said Arevalo.

AFP spokesperson Edgard Arevalo says no destabilization plot would materialize without the support of the military and police. | via Anne Peralta-Malonzo

Posted by SunStar Philippines on Wednesday, May 29, 2019

Arevalo's statement came a day after Presidential Spokesperson Salvador Panelo declared that the Oust Duterte plot was foiled after a matrix of the personalities allegedly involved in the conspiracy was released.

Panelo released the matrix after the arrest of Jayme, creator of the website where the series of videos entitled “Ang Totoong Narco-list” was posted. The video clips tagged Duterte family members and senator-elect Christopher Lawrence “Bong” Go in the illegal drugs trade.

It was the second matrix presented by the Duterte administration. The first, which allegedly came from foreign sources, was released by the President himself to The Manila Times publisher.