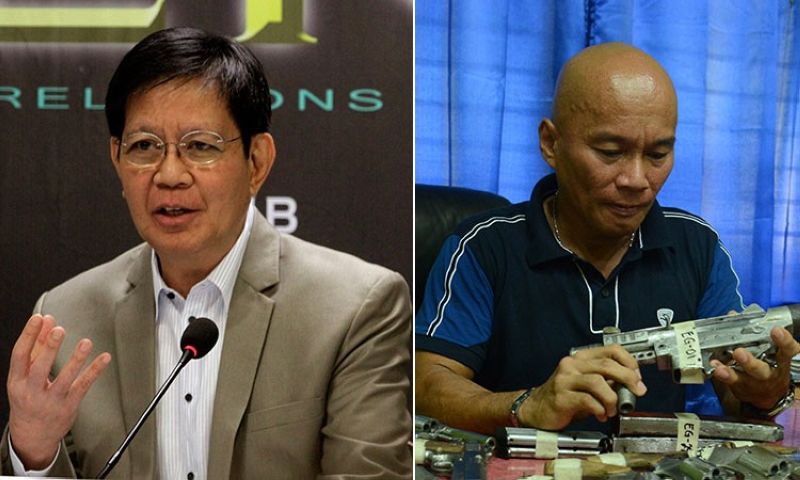 * PUBLIC AUCTION OF P1 BILLION SHABU. The April 22 auction of three shipping containers filled with shabu disguised as 114 bags of tapioca starch in aluminum pallets. The law, Republic Act 10863 or Customs Modernization and Tariff Act, specifically excludes prohibited goods to be disposed by public auction. For a simple reason: they are illegal and cannot be subject of commerce. And who'd buy them at auction just to destroy them? Senator Ping Lacson delivered a privileged speech condemning the incompetence and corruption. Maybe just corruption as the "palusot" was deliberate and brazen. How would the president's action be?

"My God, I hate drugs. And my Customs and PDEA are selling confiscated shabu."

* WHO'S RUNNING THE COUNTRY WHILE DUTERTE IS IN JAPAN. It's Justice Secretary Menardo Guevara, who was designated in a presidential order as OIC "to ensure the continuity of government." If the president and vice president were party mates or trusted each other, it would be VP Leni Robredo at the helm.

* WHETHER YOUR MAYOR STILL REPORTS AT THE OFFICE. Most likely, he or she is not keeping office anymore if he or she lost in the last election.

Police Captain Delfin Bontuyan was laid to rest Thursday (May 30) reportedly with a 21-gun salute and his family receiving the Philippine flag. The honors should tell the police ranks and the public that the suspicion cast on him by suggesting the murder was drug-related was premature. The presumption of innocence still governed.

Some people are hoping the promised investigation will be pursued to its end. Similar murders of cops and PDEA agents that were tagged drug-related are still to be heard from and its results announced.

Bontuyan was shot dead last May 21 as he was on his way home from a court hearing at the hall of justice. Four men on two motorcycles executed him at a road junction in Mabolo.

The question that hangs: Will the result of the probe support the honors given? No matter. At the time he was killed and buried, there was no official blot on his record.

Bong 'out of contention'

Bong Marcos, the former senator who President Rodrigo Duterte once hinted could be his successor, is not being mentioned anymore as the Marcoses' hope for a return to Malacañang. With the prospect of his election protest against VP Leni Robredo getting dimmer, he may disappear from the political scene for awhile.

It's now Ilocos Norte Governor Imee Marcos, who was elected among the 12 new senators of the Republic, who's the Marcos of the moment, the one strutting on national stage. She won despite the heavy baggage of the family's political past still weighing heavily on her. Occasionally, ghosts of the Marcos rule come back to remind the country. This time, it's the P704.8 million jewelry collection that COA audited in 2018 and, presidential spokesperson Salvador Panelo said Thursday (May 30) would now be publicly auctioned per approval of Duterte.

When asked about a possible plan to run for president in 2022, Imee Marcos said, "I don't think it's in my mind right now." The safe answer, made safer by pointing to someone else as her choice for the position: Davao City Mayor Sara Duterte-Carpio. Sara is authentic and connects to the people, Imee said.

Senators are all presidential timber, except a few who rule themselves out, they who didn't think they'd even become senators. Imee said her dad, Ferdinand Marcos Sr., told her that "senators conspire to become president and on occasion play golf."