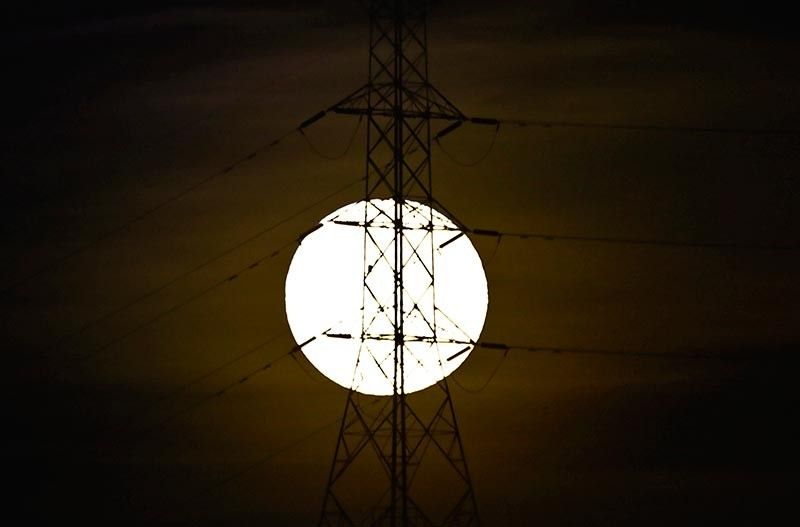 TOWER AGAINST THE LIGHT OF THE MOON. The Regional Development Council 7 has sought presidential intervention to include the Cebu-Negros-Panay and Cebu-Bohol backbone projects as energy projects of national significance. (SunStar file)

THE National Grid Corp. of the Philippines (NGCP) is facing right of way and local government unit (LGU) permit challenges both in Negros island and Cebu in the completion of the Cebu-Negros-Panay backbone project.

But with the new set of local officials in place, Christian Ereño, regional transmission planning officer of NGCP, said they will have to negotiate anew.

For the substation side of Negros, Ereño said they are currently undergoing road negotiations in Bacolod and Cadiz cities, and EB Magalona and Calatrava towns. For overhead power lines, details on who own the lots and where the transmission lines will traverse are being completed, he added.

As for Cebu, Ereño admitted they are encountering difficulty in securing the right of way as well as in securing LGU permits.

“With the results of the elections, we will negotiate anew with the new set of officers,” he said.

But Ereño, who was one of the speakers during the 2019 Visayas Energy Investment Forum on Thursday, May 30, 2019, assured industry stakeholders that NGCP remains committed to completing the backbone project in December 2020 despite the challenges it is facing.

Ereño said the testing of the six cable lines will be completed by July 2019.

“The main work now is to ensure the workability of the sites so that the construction will commence smoothly to attain the December 2020 target,” he said.

Ereño also cited the importance of the 69kiloVolt transmission line between Calatrava and San Carlos (Negros), saying that with the completion of the interconnection from Negros to Cebu, they can start exporting an initial 100 megawatts (MW) to these two islands.

“We are looking into this component because even with this, we could start utilizing the initial benefits of this project,” said Ereño.

This backbone project is aimed at improving the power sharing in these islands. The Cebu-Negros-Panay line will translate to an additional transmission capacity of 800 MW between Negros and Cebu.

RDC 7 Chairperson Kenneth Cobonpue was quoted as saying these two projects should be among the “energy projects of national significance.”

“We are asking President Rodrigo Duterte to include the Cebu-Negros-Panay and the Cebu-Bohol backbone projects as energy projects of national significance to facilitate earlier completion. These projects are needed to augment the electricity requirement of the said areas specifically, Bohol Province, which needs immediate additional load capacity,” said Glenn Anthony Soco, chairperson of the infrastructure development committee and sub-committee on power of RDC 7, in a phone interview, Thursday, May 30, 2019.

Soco said the council has already submitted a resolution seeking Duterte’s intervention, and has furnished a copy to the Office of the Presidential Assistant for Visayas so it could follow up on the matter.

Soco said the council has also approved another resolution requesting LGUs and concerned agencies to hasten the approval of permits and issuance of documents relative to the interconnection projects, following reports that these projects are incurring delays because of the lack of support from the LGUs.

“The RDC 7 took this as an important matter because we want to see these projects completed and implemented as soon as possible,” said Soco. (KOC)