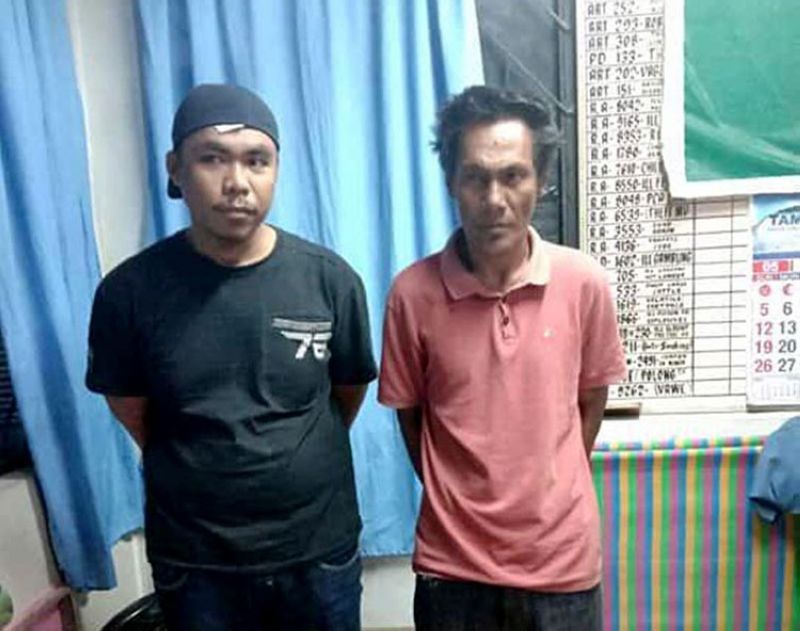 Anjawang has a warrant of arrest for frustrated murder. Recovered from him were a caliber .45 pistol, one magazine loaded with five live ammunition, and one fragmentation grenade.

Police Major Noel Villahermosa, commander of Bunawan Police Station, said the suspects just arrived in Davao City Wednesday, May 29. They were first monitored in Panabo City, where they stayed for two days.

The suspects were hiding because of the standing warrant of arrest. From Patikul, Sulu, they went to Palawan but because of the chaotic situation there, they decided to travel via land going to Panabo City. During their stay there, they were monitored by the intelligence unit.

Asked how they entered Davao City despite the strict security, Villahermosa said they entered the city using a banca to avoid the Lasang checkpoint.

Upon learning that they are in Davao City, authorities launched the operation, he said.

As of Thursday afternoon, May 30, the suspects were at the City Prosecutor's Office for the filing of cases for violation of Republic Act (RA) 10591 or the Comprehensive Firearms and Ammunition Regulation Law, and RA 9516 or Illegal Possession of Explosives.

Villahermosa allayed the fears of Dabawenyos, citing the two ASG bandits are only in the city to hide and not to sow terror.

The weapons recovered, he added, were only for defense.