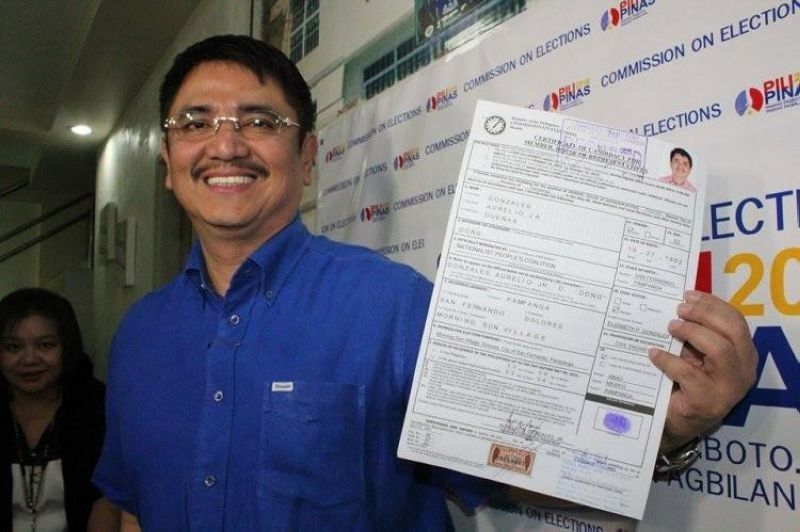 CITY OF SAN FERNANDO -- Stakes are high, as the race for the next speaker of House of Representatives start soon after the May elections and barely a few weeks before the opening of the 18th Congress this July.

But Partido Demokratiko Pilipino-Lakas ng Bayan (PDP-Laban) frontrunner Third District Representative Aurelio Gonzales is appealing to his colleagues to take the side of level-headedness and unite for the country's sake.

Senator Aquilino Pimentel III, president of PDP-Laban, said "the party would regain the leadership of the House of Representatives."

Gonzales said he is flattered with the support he is getting from fellow lawmakers, admitting he is not campaigning for such.

He said the guidance and advice of President Rodrigo Duterte on the matter of the House speakership should be taken into the utmost account.

"As the leader of PDP-Laban, President Duterte's guidance on who should get our support for the speakership will prevail over our personal position on this matter. PDP-Laban will act as one when the right time comes but definitely, no one can really claim that he is already the next speaker," Gonzales said.

Gonzales was quick to note that the country needs unity, especially in its House of Representatives, more than ever.

"Unity should rule the day. Political partisanship and biases have been destroying our country. This has to stop," Gonzales added.

Fredenil Castro (Capiz) of the National Unity Party and outgoing Senator Loren Legarda have also been said to be eyeing the speakership.