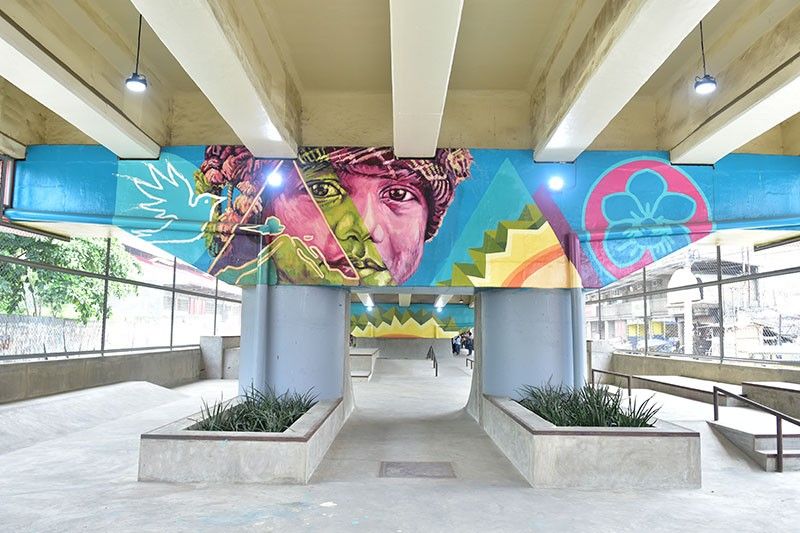 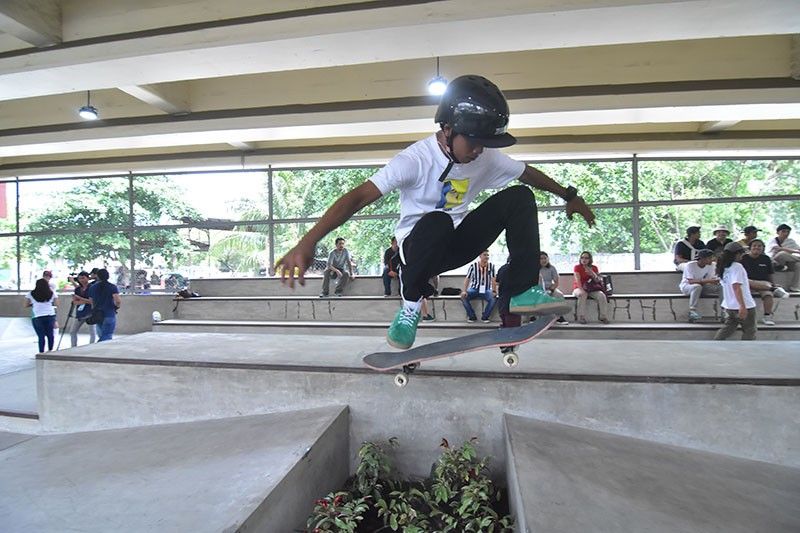 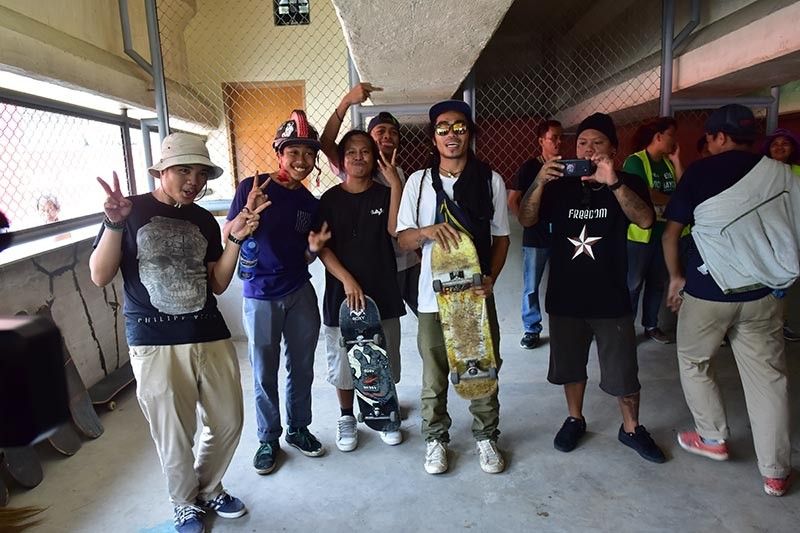 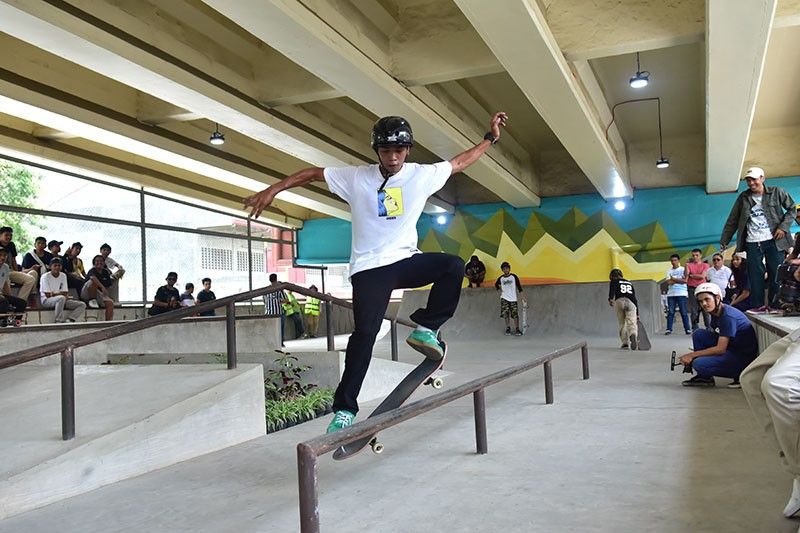 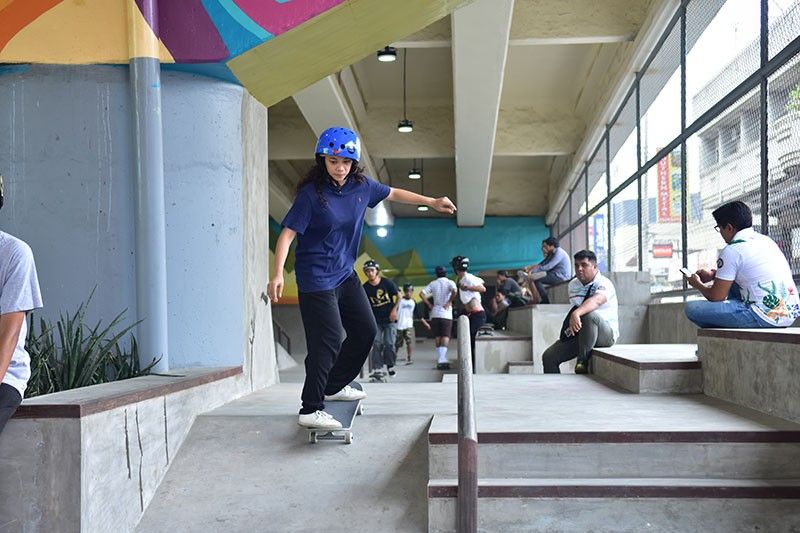 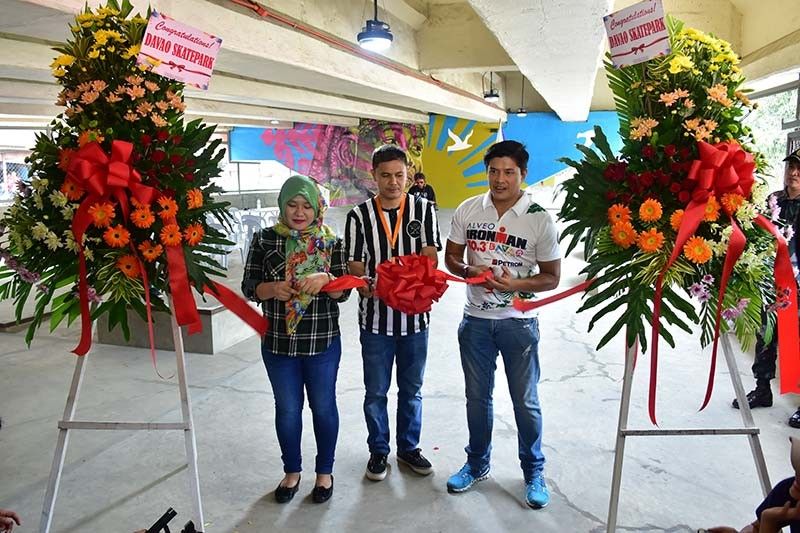 THE whole Davao City skateboarding community will now celebrate the Go Skateboarding Day this June 21 on a much higher note.

What was thought a dream was a wish-granted as the Davao City Skate Park officially opened last Friday, May 31.

It was also the last day these Davao thrashers will be struggling to look for a safe haven for them where they could freely enjoy the sport they love.

The recreational park is located below the Agdao Flyover.

Back then, it used to be an empty lot, served as a parking space for tricycle drivers and a dumpsite of unused carton boxes.

This had led to Mayor Sara Duterte-Carpio realizing the area could be utilized as a venue for any type of recreational activity. Hence, the skate park was materialized.

Originally intended to open during the celebration of the Araw ng Dabaw in March, the opening had to be re-scheduled to make sure that it will be highly presentable once opened.

Sports Development Division of the City Mayor’s Office (SDD-CMO) officer-in-charge Mikey Aportadera said all infrastructure details of the recreational park had to be completed.

“We made sure all the artworks will be finished. This is one that caused the delays. Also the comfort room and we made sure that the area is free from possible flooding,” Aportadera said.

The city official proudly said the local skate park will bring out what Davao represents through its graffiti and wall arts symbolizing the city and its diverse culture.

While the entrance is free of charge and is open to the public, strict implementations will be imposed such as “no-helmet, no-skate” policy, no vandalism, no drinking of liquor and smoking or vaping inside the park, and accompaniment of legal guardian or adult for persons 12 years of age or below.

Years worth the wait

The skatepark’s opening is a product of years lobbied by the dedicated skateboard community of the city, according to skatepark manager Lee Roy Guzman.

“We have been asking this since the time of then-mayor, now President Rodrigo Duterte. That is why we are thankful that this had materialized in the time of Ma’am Inday (Mayor Sara). We owe everything to her and to the people who helped in this project,” Guzman said.

He recalled that the community had lobbied for its opening back in 1999.

In a previous report, Joey Betita, one of the founders of the Skateboarding Association of Davao (SAD) said they personally lobbied it to councilor Pilar Braga in that year.

However, it was derailed after Braga’s term ended.

Betita said they have written numerous letters and proposals to the succeeding councilors, but not a single response was given.

The image of the skateboarding community had been the subject of discrimination and had been tagged as nuisance among the public.

Guzman admitted that skateboarding is not yet a solid sport here as it has still low reception.

Because of the absence of the park, some would make use of empty lots or areas for their hobby. Some even would risk doing it in the streets, especially in the downtown area.

“Usahay gukuron mi og sekyu. Gukuron sab mi sa mga police kay tungod sa curfew (Security guards would chase us away and the police would reprimand us because of the curfew),” Guzman said.

Despite this, he understands that playing in these areas poses risk not only for the skaters but also to the community around them, especially along the streets.

Davao Skate Council program coordinator Josh Nerez said the image of the skateboarding community had been stereotyped for the past years.

But with the recent opening of the skatepark, he said this will change the public’s perception.

“Since the local government is our partner in this skate park, we are thankful that the government sees skate boarding as a positive recreational activity especially for the youth,” Nerez said.

As a professional teacher, she sees the sport as a lifestyle wherein she would be able to interact with other people, go to different places and have fun.

Arpon, a self-admitted introvert, said skateboarding had boosted her confidence since she tried the sport in 2015.

“I started with just doing some tricks. That’s when my kuyas had pushed me to explore tricks in skateboarding,” she said.

She also shared her fascination for female skaters, which is rare.

Arpon also said females are being stereotyped as “pa-cool”, which she discard to believe.

“Skateboarding is for everyone. As a female, I highly encourage you to try out,” she said.

She also hopes that the opening of the skate park will encourage more females to try the sport.

The Olympics committee is now considering skateboarding to be included as one of its official games in the coming years.

With this, Aportadera hopes that the first Filipino representative in the sport will be coming from Davao City.

He then urged the skateboard community to influence and teach those children, especially the out-of-school youth.

“This is a place where you could share your talent. I know you could influence them, so that they would be refrained from committing wrong-doings in the community. This will be a place of hope,” Aportadera said.

Nerez, meanwhile, said they are ready to accept the challenge.

He said the Davao Skate Council has already prepared the Learn to Skate Education Program, wherein they will be teaching the youth on weekends, even in summer vacation, semestral break or holidays.