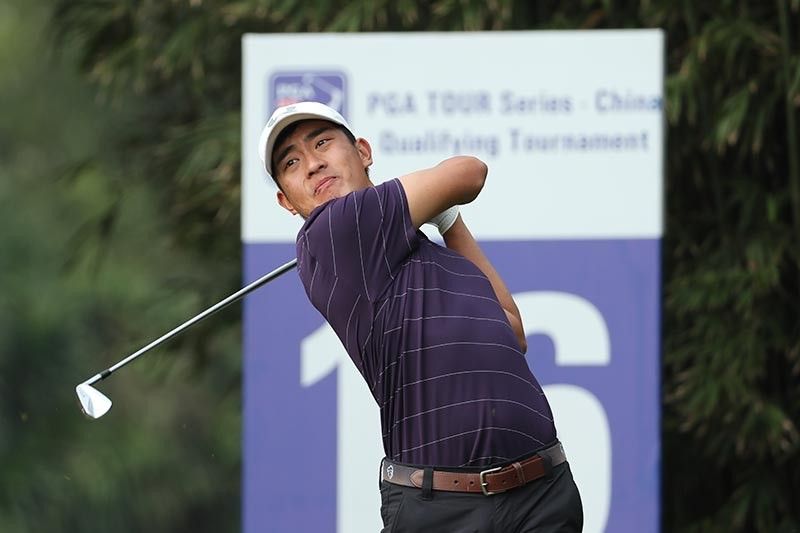 FAMILIAR PLACE. Lloyd Jefferson Go will be making his professional debut in the Philippines in the same course where he used to have his best score as a kid. Contributed photo

“It’s going to be extra special for me because my first start in the PGT is in Cebu,” he said.

Go’s international stints have earned him enough world ranking points to be the fourth best Filipino right now, only behind the trio of Angelo Que, Miguel Tabuena, and Juvic Pagunsan, all of whom are not seeing action this week, leaving Go as the prohibitive favorite.

The in-form Go is fresh off a four-tournament grind in China where he ended with back-to-back top-10 finishes.

“I hope to translate those strong finishes in China to this week and come out on top,” said Go.

However, this will be his fifth straight week of tournament golf, which makes fatigue a factor that can affect his performance.

Go actually earned PGT status in February, 2018 when he lapped the field to top the PGT Qualifying School in Splendido, Taal. That performance included a course-record setting final round of 62, shattering the previous record of 65 held by Miguel Tabuena. Go chose to sit out the 2018 PGT season though, so that he could represent the country in the Asian Games.

By deferring his professional debut, Go managed to play the 2018 Corn Invitational in Club Filipino, where he won individual lowest gross honors. Having been playing that tournament since he was a junior, Go has course familiarity, which is a key advantage in this tricky layout.

“I like Club Filipino because it’s a challenging golf course which I always enjoyed playing since I was a kid during the Corn Tee. For a long time, this course was where I had my lowest tournament score,” said Go, referring to a 68 he scored there when he was still in his early teens.

Go’s final amateur tournament was the Asia-Pacific Amateur last October, where he finished two strokes short of a victory that would have earned him a spot in the 2019 Masters, which was eventually won by Tiger Woods. Since turning pro, Go has campaigned exclusively abroad.

That will all change this week when Go finally tees it up in Danao.

The field is usually around 100 players, mostly Filipino pros with a handful of international players in the mix.