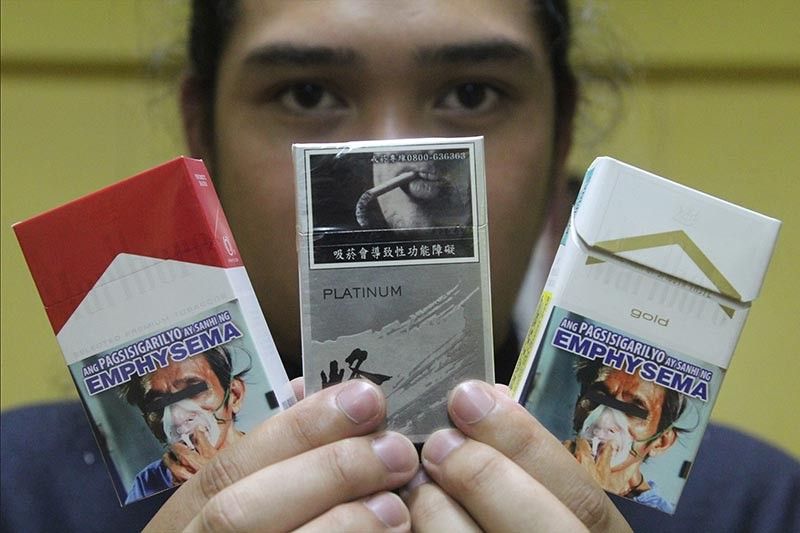 BAGUIO. Harmful effects of smoking are placed in the labels of different cigarette brands. Baguio City’s the Smoke-Free Baguio Task Force remains vigilant in implementing the local anti-smoking law noting restaurants, bars and public spaces in the city have been compliant in restricting smoking in their areas. (Photo by Jean Nicole Cortes)

Alangsab said restaurants, bars and public spaces in the city have been compliant in restricting smoking in their areas.

The lawmaker cited several bars in the city have banned smoking, giving patrons a nicotine-free experience.

Alangsab added the Smoke-Free Baguio Task Force is vigilant in implementing the law, even barangays are joining in the advocacy and limiting small stores to sell cigarettes per piece, making the habit costly and discourage the public to smoke.

Fines and penalties have also been imposed on stores selling cigarettes per piece as well as establishments which allow smoking.

“We can visibly see signs that ban smoking in establishments... these are the signs that we are doing our job well,” said lawmaker, who is the principal author of the anti-smoking ban.

Guidelines for establishments to have designated smoking areas have been complied which makes smoking in public spaces more difficult.

Alangsab said big establishments and work areas also followed the call by banning smoking in their spaces which he said reduces productivity of employees who tend to smoke while at work.

The City Health Office has launched a drive for smokers to kick the 7 o’clock habit which targets smokers to cease the morning ritual of lighting up a stick as they sip coffee.

The advocacy underscores having a cigarette as an early morning ritual may even be more harmful than smoking later in the day.

Tips to kick the morning habit include mixing up your morning schedule to bypass the need to smoke or take a walk or exercise to forget the habit altogether.

Penalties for vaping or smoking in public places include a fine of P1,000; P2,000 and P3,000 or imprisonment, or suspension or revocation of business license, if applicable while for advertising and promoting smoking will be fined P2,000; P3,000 and P5,000 penalties, imprisonment, suspension, or revocation of business license or permit could be done in such cases.