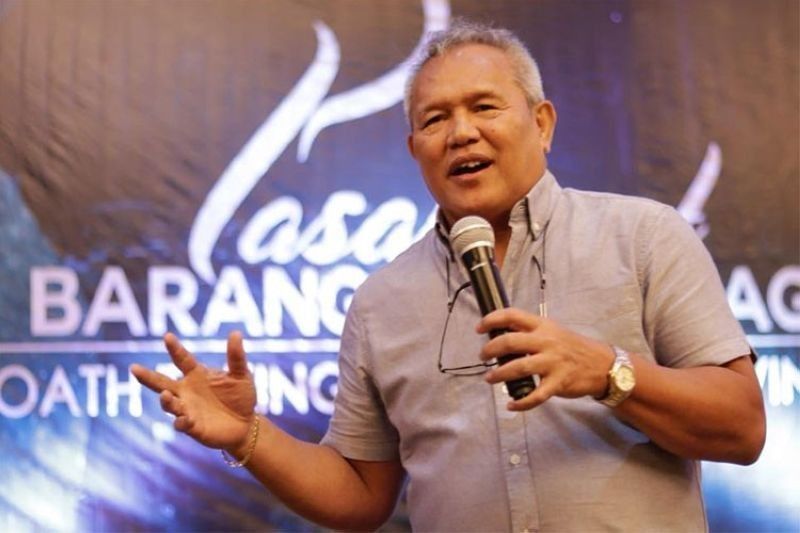 While Moreno acknowledged the benefits of having an international container terminal, he said the concerned agencies should put up strict defenses to keep garbage problem from happening again.

"The problem with other countries, especially the highly-developed ones is their waste disposal. For them it would be even cheaper to export their garbage to less environment conscious areas, than to actually comply to their own environmental standards," he said.

He said the government's response should level up and change the soft policies on garbage importation.

"I call upon everybody, we have to be very sensitive on that because the damage incurred on one town, few towns but to the entire region far outweighs the benefits," he added.

The Mindanao Container Terminal (MCT) officiated the re-export to Hong Kong of 2.561 tons of mixed plastic waste packed in 22 sling bags that were wrongly declared as “assorted electronic accessories.”

The illegal traffic waste will be returned to Hong Kong via the container ship SITC Nagoya.

The misdeclared mixed plastic waste shipment arrived at the MCT last February 2 from Hong Kong on board SITC Fujian. It was exported by Hin Yuen Tech. Env. Limited, consigned to Crowd Win Industrial Limited Corp., and was brokered by Yolanda Mondragon Narandan.

Meanwhile, Misamis Oriental Representative (2nd district) Juliette Uy also filed on Monday, June 3, House Bill 9207 which aims to implement a total ban on the importation of all forms of wastes

"This HB 9207 is partly meant as a policy recommendation to the Executive Branch of our national government because it has provisions that can be provisionally implemented through executive orders, administrative orders, or department-level directives and memoranda," she said

Uy also reiterated his call for the immediate resignation of the entire administration of the Phividec Industrial Estate, specifically its administrator Franklin Quijano and Ports Division Chief Efledo Resma.

"Let us not waste any more public funds paying for the salaries, honoraria, and benefits of these Phividec officials who have been treated as sacred cows, but have failed the Filipino people," she said.

Uy said if they refuse to resign, she will instead call for the reduction of the budget of the Phividec to one peso and to file a bill calling for the complete and utter abolition of the Phividec and its takeover by the Philippine Economic Zone Authority.