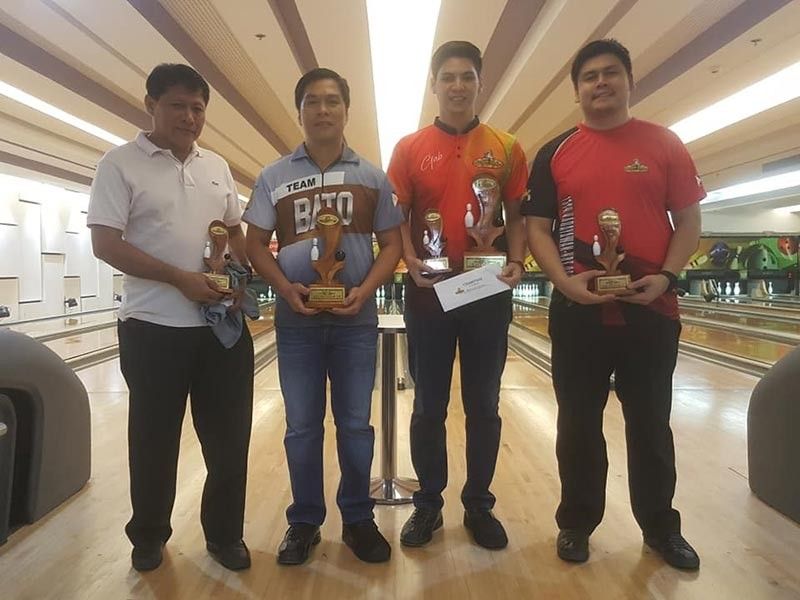 DAVAO. The May winners of the Datba Monthly finals tournament led by champion Gabriel Velasco, third from left, receive their trophies and cash prizes during the awarding rites held Sunday at the SM Lanang Premier Bowling Center. (Jesrael Rule)

The 23-year-old Velasco of Davao Doctors College, who gained the twice-to-beat advantage after topping the six-game eliminations, defeated No. 4 Joshua Disuacido, 206-197, in the step-the-ladder finals.

Velasco toppled a total of 1,347 pinfalls after six games in the meet organized by the Davao Tenpin Bowlers Association. He, who was also the 2018 Datba Bowler of the Year, received a champion’s trophy and a P10,000 cash prize.

“This is my fourth monthly title,” Velasco said in the vernacular.