Chasing a dream one smile at a time 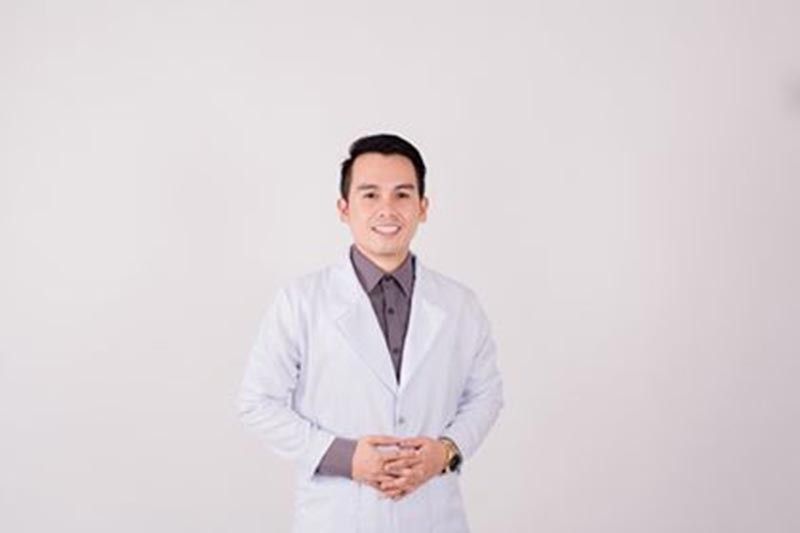 ‘DENTIST OF THE STARS.’ Frank Vicoy has found a niche in dental cosmetics, and his porcelein veneers have become a sought-after service among Cebuanos. (Contributed photo)

ENTREPRENEUR and dentist Frank Vicoy vowed that he would never give up his dream to become an entrepreneur no matter what happened.

Today, he is a sought-after cosmetic dentist in Cebu and is popularly known as the “dentist of the stars.”

Born and raised in Cagayan de Oro City, Vicoy found his entrepreneurial and career luck in Cebu after finishing dentistry at the Cebu Doctors’ University Hospital.

But his journey wasn’t a walk in the park.

He said he didn’t know where and how to begin back then. All he had was the dream to make his parents proud of him.

“It was a rough start after college. I knew at the time that I needed to double the amount of hard work and persistence so that I could set up my own clinic one day. It’s every dentist’s dream—to have a clinic that he can call his own and have loyal clients,” said Vicoy.

He opened Creation of Smiles Cosmetic Dentistry in Pacific Square Building, along F. Cabahug St. in Barangay Mabolo, Cebu City after working for over three years as an associate dentist of other dental clinics and laboratories.

Luck was on Vicoy’s side because as he was building his career, the dental clinic he was working for had a good following.

“I remember back then that I was just working for the sake of earning money. Then I saw another promising picture,” he said.

Vicoy said his clients came to admire the way he worked and they became his loyal patients.

“The growing patronage caught my attention. It kind of reminded me to never abandon my dream of having my own clinic,” he said.

Because of his growing passion for his craft, work attitude and loyal following, Vicoy met a client who later on became his business partner.

They run a dental lab which specializes on dental cosmetics. This is where Vicoy got the opportunity to learn how to run the clinic as a business and grow from the general dentistry practice to dental cosmetics.

They then put up a social media page to showcase Smile Creations by Dr. Frank, which was well accepted by his existing and new clients. Porcelain veneers became a hit and became a sought-after dental service among Cebuanos.

“We were actually doing more promotions online than in clinics because we found out that was how we could get people to visit us,” he said.

The business was doing well until Vicoy ventured on his own. He invested P1.5 million to realize his dream of opening his own clinic.

Since he opened in February 2019, work has been non-stop.

I became an associate dentist after I graduated from college and passed my licensure examination. I worked in a clinic for three years. Those were my good foundational years because they gave me the opportunity to execute what I learned in school and paved the way for my clients to get to know my work.

The idea of running your own clinic gives you a sense of freedom in a way because you own your time and you are the boss. Plus, you get to make your own decisions and decide how to operate things.

The good following I got—both online and offline—gave me that strong validation that what I was doing was right. My clinic grew through word of mouth, referrals and social media. The dental veneers became a hit in the market, thanks to social media influencers who helped me market my dental services and products.

Becoming a dentist wasn’t really planned. What I know is that I wanted to make my parents proud.

Fortunately, I picked the right course because medical tourism, particularly dental tourism, is such as big untapped opportunity that dental practitioners in Cebu could take advantage of.

Being in this business demands constant training. You need to be abreast with the latest trends now, given the advancement in technology. So from time to time, I get out of my clinic to attend to conventions.

Like any other entrepreneur, I went through a fair share of disappointments and temporary setbacks in my journey. I endured some waiting time before I got to where I am today.

Mistakes in business are necessary because it will help you think of better ways, plans or strategies. But one thing I learned is that you shouldn’t abandon your dream even if life becomes a bit tougher.