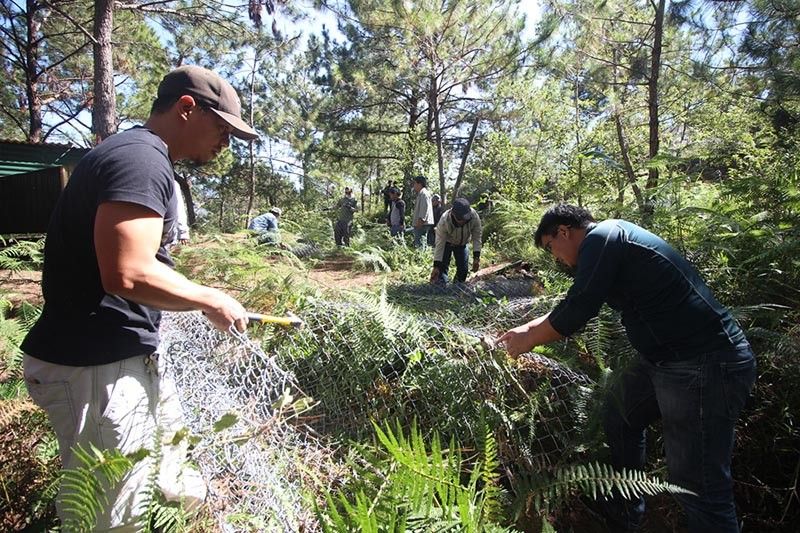 BENGUET. In this file photo taken January 2019, authorities confiscate construction materials from illegal settlers inside the Puguis La Trinidad Communal Forest in an effort to preserve and protect the forest. (Jean Nicole Cortes)

LA TRINIDAD -- Some 13 structures inside the Puguis Communal Forest here are up for demolition, as the local government unit asked for occupants to voluntarily remove illegal structures before June 21.

A demolition advice was served by the Office of the Municipal Engineer to seven individuals. It was addressed to the heirs of Tiotioen: Pedro Isican, Manuel Matias, Gretchen Tiotioen Fagyan, Jane Does, John Does, Peter Does, and Nineta Mendoza.

"Please be informed that Demolition Order 02-PUG, Series of 2019 shall be enforced on June 21, 2019. A copy of the said demolition order with attachment is attached," state the order.

The respondents were advised to voluntarily demolish their structures before June 21 to avoid confiscation of materials.

On May 30, Mayor Romeo Salda signed the demolition order for the illegal structures. It was received by representatives of Tiotioen.

The Office of the Municipal Engineer in addition certified the structures with geo-tagged photographs of the improvements introduced inside the communal forest with the coordinates not covered by building permits.

In April, some 499 hollow blocks and 142 sacks of sand were confiscated in the forest.