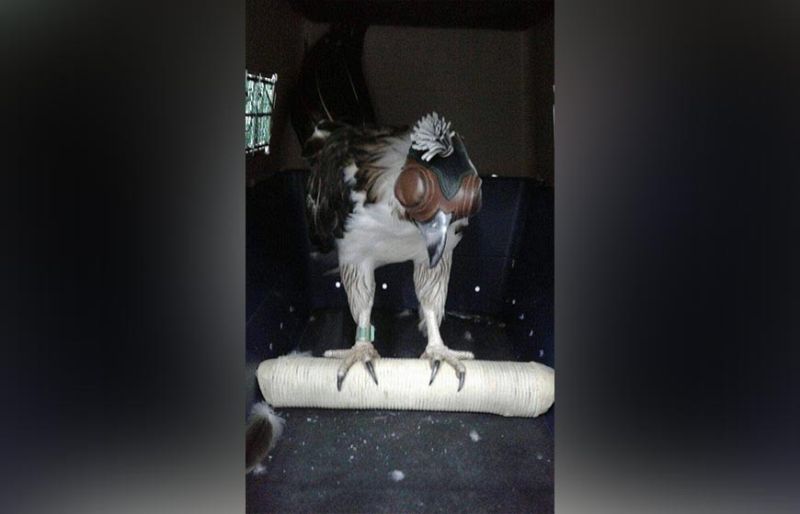 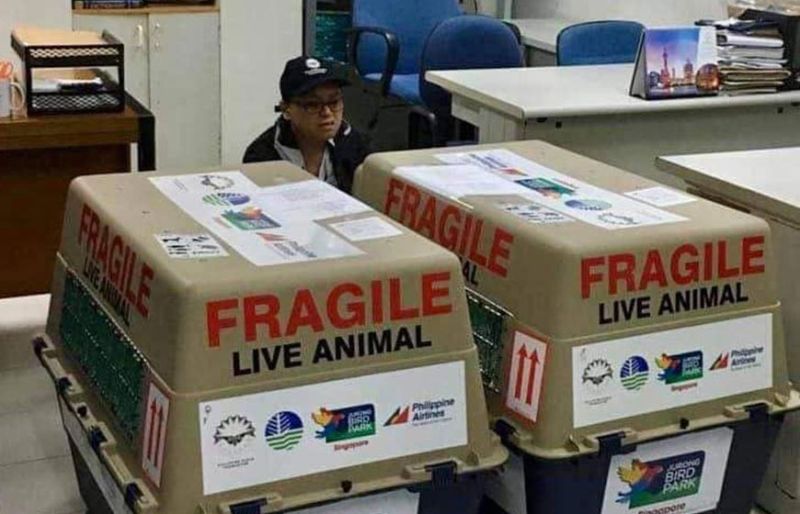 THE two captive-bred Philippine Eagles - Sambisig and Geothermica - have landed safely in Singapore on Tuesday, June 4, at 2:13 p.m. for a 10-year mission to increase the critically-endangered species population.

On board Philippine Airlines (PAL) Airbus A330-300 with flight number PR 0507, the eagles had a connecting flight from Davao to Manila to Singapore. However, its Manila - Singapore route experienced a short delay of 33 minutes - it was supposed to depart from Manila at 9:55 a.m. but it took off at 10:25 a.m.

Philippine Eagle Foundation (PEF) executive director Dennis Salvador in a phone interview said standard transport of the eagles was observed so as not to expose the eagles to stress.

“We are thankful with all the organizations that coordinated for a safe and smooth transport of our eagles. The flights were carefully well taken cared of and facilitated for clearances by PAL, Bureau of Customs, Department of Foreign Affairs, Bureau of Immigration, Bureau of Plant and Industry, and Singaporean Embassy, among others,” he said.

Eagles were provided with leather hood, proper carpeting, and roof with soft cushion. The holding areas and planes used were also air-conditioned and disinfected.

The eagles were accompanied by PEF senior keepers Domingo and Dominic Tadena.

“We also secured a facsimile passport for the eagles so that they remain to be Filipinos on a mission,” Salvador said.

The travel of 17-year-old female Sambisig and 15-year-old male born Geothermica is under the Wildlife Loan Agreement inked between Department of Environment and Natural Resources (DENR) and Wildlife Reserves Singapore (WRS).

The eagles will stay at Jurong Bird Park.

He emphasized that the primary objective of loaning a pair of Philippine Eagles is to breed the birds in captivity and to raise awareness on Philippine wildlife conservation to the international arena.

Dr. Jayson Dr. Jayson Ibañez, Philippine Eagle Foundation director for Research and Conservation in a recent interview, said the loan to a foreign institution is a backup plan to secure the population of the critically-endangered species in cases of exotic diseases like the bird flu and effects of climate change such as strong storms and typhoons.

PEF hopes that the loan “help secure a gene pool of the Philippine eagles for species conservation and as insurance against natural calamities that can wipe out the only captive Philippine Eagle population at the facility.”

The historical flight of the two eagles falls in time of the start of the Philippine Eagle Week - June 4 to 10.

The week-long celebration is to recognize the ecological importance and social significance of the Philippine eagle. This year’s celebration has a theme: Ipagdiwang ang Pagkakaisa para sa Malayang Agila.