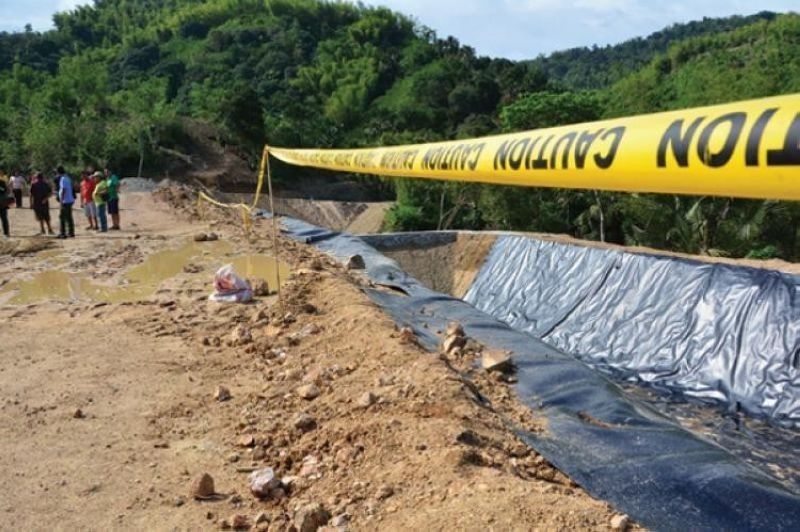 THE Environmental Management Bureau (EMB) 7 has issued a “notice of violations” against a landfill in the mountain barangay of Binaliw in Cebu City.

The notice, dated May 31, 2019, and signed by EMB 7 Director William Cuñado, was addressed to Sherwin Santos, president and executive director of ARN Central Materials Recovery Facility and Sanitation in Sitio Kainsikan. The EMB 7 inspected the facility last May 29.

The violations are docked as Case DENR (Department of Environment and Natural Resources) EMB 7-2019-478.

Cuñado said ARN violated the provision of the Philippine Environmental Impact Statement System under Presidential Decree (PD) 1586 based on the findings of the investigation in line with the complaint filed against the dumpsite owner.

He said one of the violations is related to garbage hauling.

“In the coming technical conference on Friday, June 7, this will be reconciled in terms of garbage haulers and dumpsite operator (ARN) because this will cause obnoxious odor during transit,” Cuñado said.

He said the other violation is the non-compliance of monitoring reports. That means ARN will be required to regularly submit reports on the status of its operation.

“We have not found any violation on how they operate their facility, but only on some of their activities which they failed to handle. The main concern now is hauling of garbage and submission of reports, which they did not comply with,” Cuñado said.

He said that because ARN is expanding its area of operation, his office is requiring it to submit amendments for documentation.

On complaints about reports of respiratory illness and uncontrollable presence of flies, Cuñado said that would be up to the Department of Health (DOH) 7.

“I don’t want to complicate the issue on pollution, which will redound to the health problem. I have no authority to talk about the relation between pollution and health. The DOH is more appropriate to answer that,” Cuñado said.

He said ARN also violated conditions of the Environmental Compliance Certificate (ECC), which DENR issued on Nov. 3, 2017, but he did not elaborate.

These were in relation to Section 9 of PD 1586, which provides that any person, corporation, or partnership found violating the conditions of the ECC shall be punished by suspension or cancellation of his certificate, or a fine of P50,000 for every violation.

In view of the violations, the EMB 7 ordered Santos to explain in writing, subscribed by a notary public, why ARN should not be penalized.

“If after the technical conference their explanation is not meritorious, then that will be the time we will impose the penalty,” Cuñado said.

In a related development, the Cebu City Government will take over the collection and disposal of garbage in the city next month.

Despite the upcoming transition to a new administration, the Department of Public Services (DPS) has assured that garbage collection in the city is normal.

DPS assistant head John Paul Gelasque said the City entered into an agreement with ARN to dump the city’s waste in the Binaliw landfill for the rest of the year when the latter won the bidding for the P65-million contract.

“It will really be up to mayor-elect Edgardo Labella if the City will push through with throwing garbage in Binaliw or if he wants another area,” Gelasque said.

It will also be up to the new administration to change the schedule of garbage collection.

Garbage is collected from 4 p.m. to midnight and from midnight to 8 a.m.

Gelasque said the City also collects garbage during the day but this is only limited to several establishments.

He assured that the piles of garbage on the streets will be collected. If not, the public can call the garbage collection hotline, or 0912-444-5555, he said.

After the Inayawan Sanitary Landfill was closed, the City has been sourcing out garbage collection. But starting next month, the DPS will directly dump the collected garbage in the private landfill.

This is why the City will buy an additional 21 garbage trucks, he said.

At present, trucks rented from Geo Transport collect and deliver the garbage to the transfer station. From there, Jomara Konstruckt Corp., the private service provider, takes the garbage to the final disposal area of its choice. (EOB, RVC)