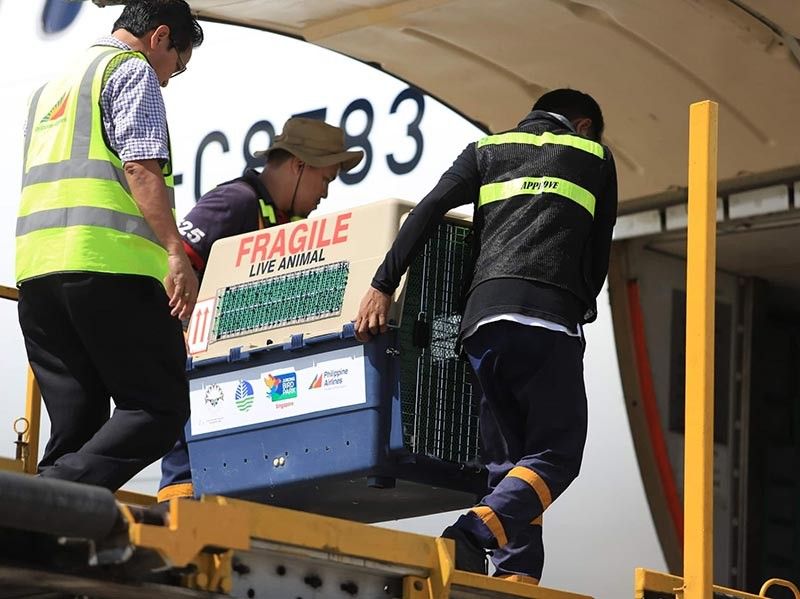 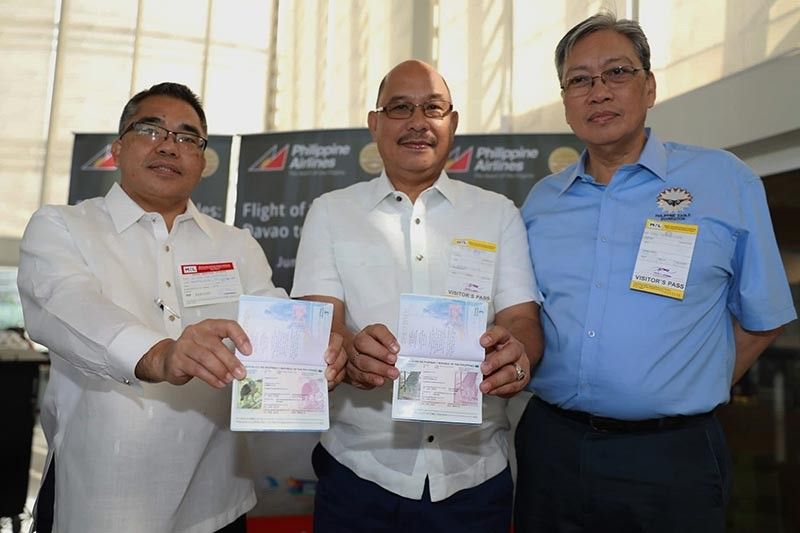 CLARK FREEPORT -- Philippine Airlines (PAL) is flying two Philippine eagles from their sanctuary in Davao to Singapore, via Manila, as part of the first international Philippine Eagle loan agreement between the Philippines (through the Department of Environment and Natural Resources) and Singapore (through Wildlife Reserves of Singapore [WRS]).

Geothermica and Sambisig -- 15 and 17 years old, respectively -- are being loaned to WRS to hopefully encourage breeding in Singapore, specifically at the Jurong Bird Park, one of the zoological attraction facilities managed by the WRS.

The Philippine Eagle Foundation (PEF) also hopes that through the eagle loan program, the WRS can help them secure a gene pool of the Philippine eagles for their species conservation preservation and as insurance against natural calamities that can wipe out their habitat.

The PEF manages the Philippine Eagle Center (PEC) in Malagos, Davao City where both Geothermica and Sambisig were hatched and reared.

The preserved gene pool can also be critical in preservation efforts in case of health epidemics like the avian flu.

Many of PEF’s eagles at the bird sanctuary have corporate sponsors: Energy Development Corporation for Geothermica, a male eagle, and Dow Chemical Philippines for Sambisig, a female eagle.

PAL is sponsor to another eagle named Sinag. The three eagles were born in captivity.

“Through the PAL Foundation, we are flying the loaned eagles to Singapore because we firmly believe in the eagle preservation advocacy of the PEF,” said Jaime J. Bautista, PAL president and PEF vice chairman.

According to the PEF, Geothermica and Sambisig are at the prime age for breeding. They were previously paired with other eagles at the PEC with unsuccessful results but these attempts did not progress to natural pairing.

Captive-bred eagles are said to be more resilient than those from the wild.

Meanwhile, the WRS, one of the world’s leading zoological institutions, has been supporting conservation efforts across Southeast Asia through wildlife research and awareness campaigns with over 50 wildlife conservation projects.