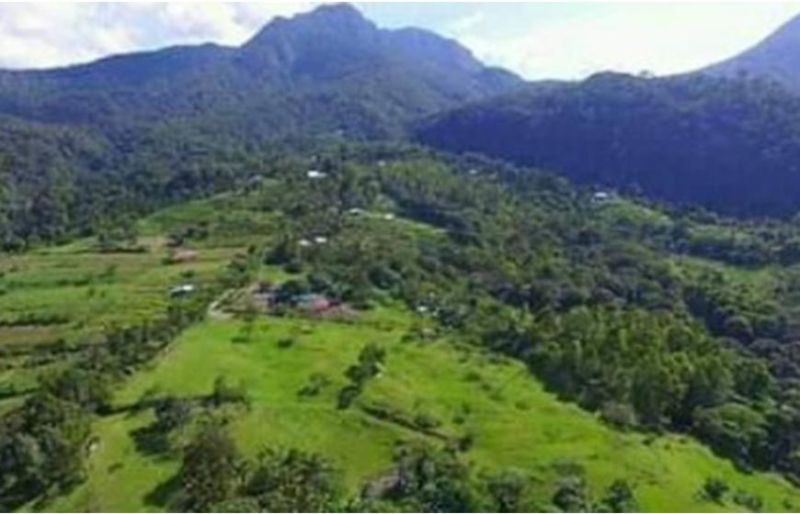 BACOLOD. A top view of the Northern Negros Natural Park that stretches from Salvador Benedicto to Silay City in Negros Occidental. (Contributed photo)

TWO environment groups have sought a Congressional inquiry on the alleged unabated and surreptitious encroachment and expansion of illegal structures at the Northern Negros Natural Park (NNNP).

The Group of Environmental Socialists (Goes) and the Door Step to New Life Foundation Inc. (Door Step) submitted the request for inquiry to the joint congressional oversight committee on Monday, June 3.

This is in pursuant to Section 31 of the Expanded National Integrated Protected Area Systems (Nipas) Act of 2018, the group said.

They again raised concerns on structures like rest houses, farms, view decks and resorts established at the natural park that stretches from Salvador Benedicto to Silay City.

“This request is of extreme urgency and solely made to protect the constitutional rights of the inhabitants of Negros Province,” they added.

They also sought the assistance of the Integrated Bar of the Philippines (IBP) - Negros Occidental Chapter in prosecuting environmental violators.

Goes and Door Step, in a statement, said these violators are mostly rich and powerful politicians and businessmen in the province.

The groups also called for the prosecution of inept and corrupt officials of the Department of Environment and Natural Resources (DENR).

“We lament the presence of unutilized DENR building within the natural park as well as restaurants and viewing decks owned by prominent politicians until now,” they added.

The groups along with other organizations earlier bannered the call for the protection of the NNNP through the two-day educational and environmental camp dubbed “Pabukid 2019.”

In a manifesto, they questioned the government’s “double-standard policy” regarding illegal structures particularly within the protected areas at the NNNP.

This is for the protection of all citizens in the province through preservation of water shed systems and overall condition of the natural park, the groups said.

“We have to maintain a balanced and healthful ecology for all Negrenses,” they added.