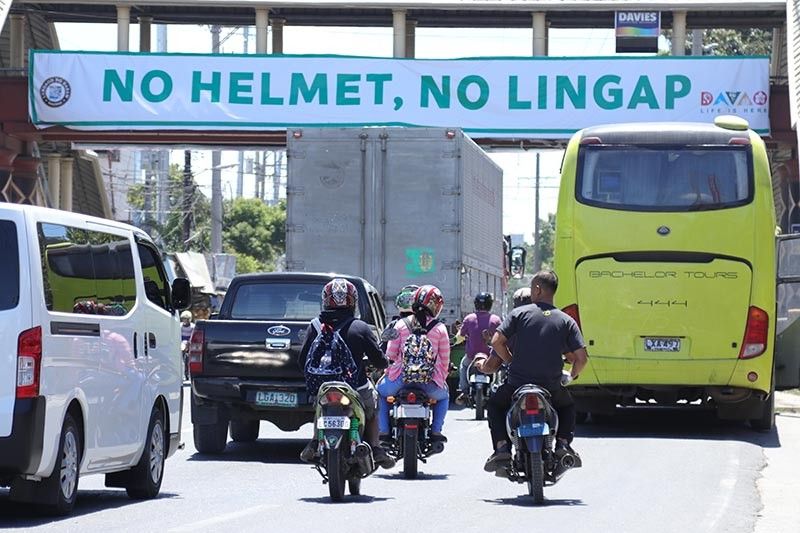 SINCE the "No Helmet, No Lingap" and the "Drink, Drive and Meet an Accident–No Lingap" policies were implemented in the Lingap Para sa Mahirap assistance request, there has been a reduction of those who apply for assistance despite violating the policy.

Lingap Para Sa Mahirap Center and Malasakit Center officer-in-charge Josephine Matiran said the Davao City Government was able to save around P50,000 to P100,000 a day since the policy was reiterated.

"Niubos ang nag-avail sa Lingap (nga mga misupak sa polisiya). Nibaba siya compared to normal. Dako ang gibaba, mga 70 percent prior to walay campaign (Since our campaign, we saw a drop of around 70 percent on those who availed themselves of the Lingap but violated the policy)," Matiran said Thursday, June 6, during the iSpeak media forum at the City Hall of Davao.

She said they still get an average of 10 requests per day from Davao City residents who have met an accident but are not qualified to avail themselves of Lingap assistance. However, Matiran said they strictly reject the application.

She also said the policy is applicable to both driver and passengers.

Lingap is a local government program that provides indigent residents with financial assistance for hospitalization and dialysis, funeral and burial assistance, and medicine subsidies.

Mayor Sara Duterte-Carpio had stated earlier that the city will not tolerate those patients who met an accident due to their recklessness.