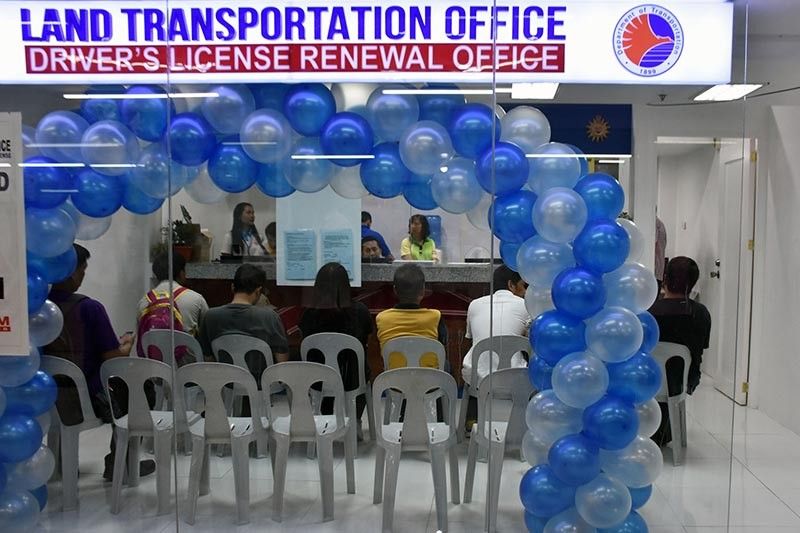 THE Department of Transportation - Land Transportation Office (DOTr-LTO) opened a driver's license renewal center for the convenience of the public at the central business district Monday, June 10.

“The DLRO (driver’s license renewal office) was established to ease the queues in Pacdal, which is very inconvenient for those getting their licenses due to the heavy traffic,” Robert Allan Santiago, officer-in-charge of the DOTr in the Cordillera region said.

He added the processing of driver’s licenses is done simultaneously with the renewal of vehicle registrations.

This is from the limited parking space at the Pacdal area, the same location as several tourist spots, such as the Botanical garden, Wright Park, Mansion House, and Mines View Park, where tourist vehicles and buses also park.

Santiago said the establishment of a new LTO center complies with the order of LTO chief, Assistant Secretary Edgar Galvante, to give convenience to clients transacting in all field offices.

“The directive of Assistant Secretary Galvante was to ease the application for licenses, make it accessible and easily reached by the clients. So we thought of establishing the DLRO,” he said.

The DLRO is located on the second floor of a mall at the upper Session road, Baguio’s main road, which is a walking distance from all areas in the city and has parking spaces nearby.

Santiago said they hope to expand the services of the DLRO to cater to new nonprofessional or professional driver’s license applicants.

Jenny Bello, operations manager of Porta Vaga Annex, said the mall administration also came up with a scheme to allow the office to operate earlier than the mall opening at 9 a.m., providing clients access to the LTO office.

Santiago said for now, the DLRO will only cater to clients applying for student permit and those renewing their driver’s license.

He, however, clarified the same service is still being offered at the main office in Pacdal.

“It (Pacdal) is still open and caters to the same service. The DLRO was just established to ease the human and vehicular traffic in Pacdal, where all kinds of transactions with the LTO are accepted and done,” Santiago said.

Aside from easing the application by bringing the office closer to the town proper, the office has come up with a system where clients would be able to receive their licenses within 30 minutes to one hour.

He said the LTO no longer issues the temporary license printed on paper, but the PVC card.

Santiago noted the only possible reason for a delay in the issuance of licenses is poor internet connection, which they have already experienced in district offices.

“If the internet connection is not working well, the performance of our licensing offices is affected. (Internet connection) is a primary requirement to get a license because we need to upload the data and process the application,” he said.

Santiago said the student permit will still be issued on paper, not a card.