Into the bat world 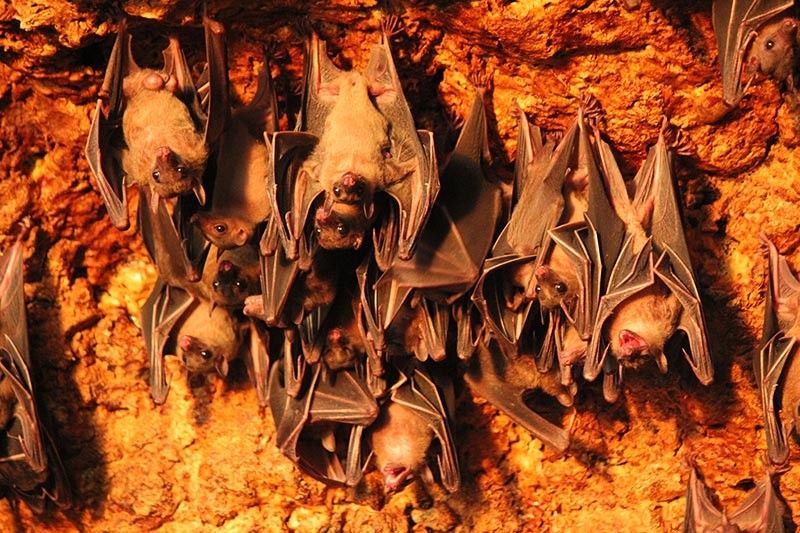 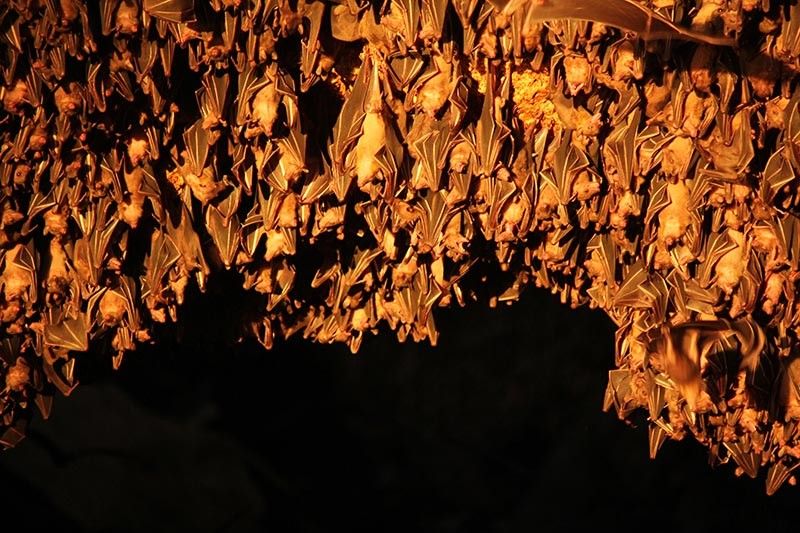 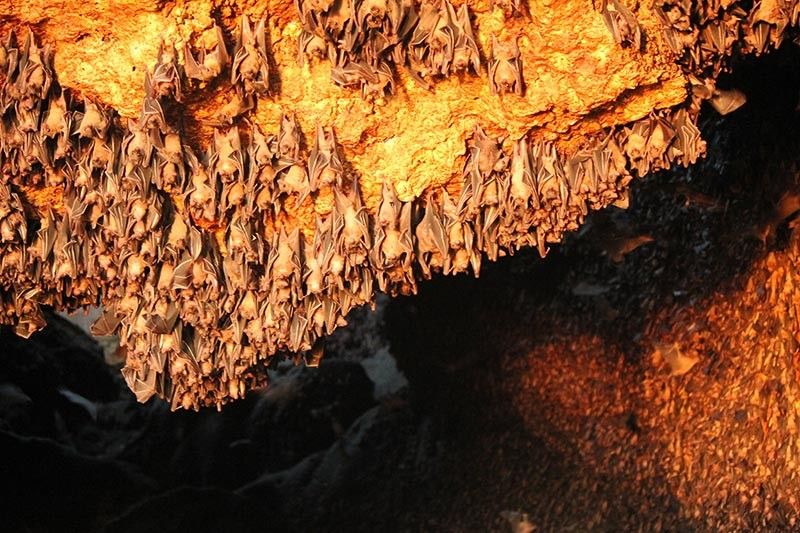 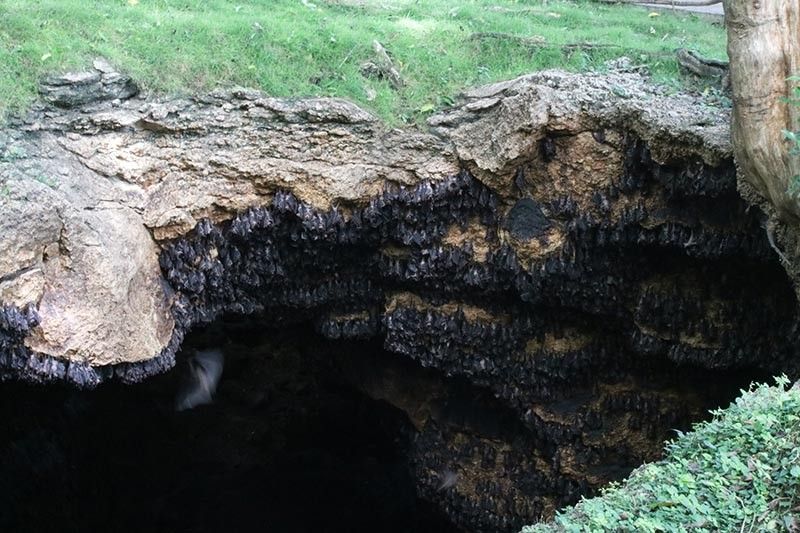 BATS are often subject of misconception but this only flying mammal isn't nearly as bad as most people project it to be. And the Monfort Bat Cave and Conservation Foundation, Inc. is here to raise awareness and dispel myths about bats.

Founder and president of Monfort Bat Cave and Conservation Foundation, Inc. Norma “Bat Mama” Monfort said that bats are vital in maintaining the balance of the ecosystem. Far from the twisted portrayal of bats in television and movies, bats are loving creatures to their young and are hardworking pollinators.

“Bats, as night pollinators, are one of the reasons why we can claim that in Davao, life is here. People enjoy eating Durian and other fruits but not thanking the bats because people think they are beasts, pests? They are not,” she told journalists on Day 2 of the “Learning Field Visit on World Environment Day and Eagle Week” organized by the Philippine Network of Environmental Journalists in cooperation with Vera Files and Internews Earth Journalism Network.

Bats play a big role in the fruit production in Davao Region as they are considered the most important pollinators of Durian.

Being major agents of forest regeneration, pollinating flowers, and dispersing large quantity of seeds are also some other important roles bats are playing in the ecosystem.

However, despite their ecological significances, bats are often hunted and poached and their habitats – caves - are disturbed, threatening their survival.

“The moment man goes inside (cave) they are disturbed, some even gets bat by the sack load to eat it because they are rich in protein, other disturbing activities include harvesting guano,” Monfort said. Guano is excrement of bats often used as fertilizer that is sold expensively.

She added that with the present condition in the cave, she does not allow the collection of guano as this will disturb the bats and may even cause for them to leave.

Monfort said this had been the common reason why most bats in Samal Island abandon their caves. She added guano collection became rampant for a while, which disturbed the bats and even harmed female bats in rearing their babies.

“Until now I will never allow anyone to go inside for no reason, not under my watch, because entering their cave especially while the bats are asleep would surprise them and sometimes causing female bats accidentally dropping their babies,” she said.

However, Monfort is open to the idea of meeting experts to research on how to extract guano at least every other three years without disturbing the bats.

She said a team of experts from Tokyo University wanted to conduct a study on bats specifically the issue that bats are potential reservoir hosts for zoonotic viruses but later she had turned it down because she did not want a single bat getting hurt for science.

“I thought of allowing them first, of course, my questionnaire was rigorous. I asked what happens if you find diseases transferred or people giving anything to the bats because it could work two ways? What they told me was something like ‘we will cross the bridge when we get there.’ I told them I’m sorry, I’m not going to allow it,” she said.

Since 2004, when Monfort filed for the conversion of her property as a conservation area for bats after the government attempted to include her land as part of the Comprehensive Agrarian Reform Program, the population of bats living peacefully in Monfort Bat Cave surged to 2.5 million, a significant increase from 1.8 million bats recorded in 2006.

At present, the cave sanctuary still holds the title as the largest single colony of Geoffroy’s Rousette Fruit Bat inhabitants residing in one cave annex in the Guinness Book of World Records.

The continued increase of bat’s population inside the cave, Monfort said, is a milestone due to an undisturbed habitat.

She also said that it is partly due to the foundation’s conservation efforts and to the bats’ active breeding process.

“I see them pregnant in January and December again, no cycle, maybe because there are no disturbances,” she said.

Monfort sees that the cave sanctuary is presently showing a sign of overpopulation as the current population ratio of the bats in the cave is at approximately 640 bats for every square meter. With this, the bat cave management is set to establish a Chiroptorium or a man-made cave for the bats. Yes, it is possible.

The Chiroptorium is a P2.3-million project eyed to be installed at the back of her mango orchard away from the existing bat cave. It will be made from recycled 40-meter container vans. She said to avoid causing disturbances, the construction would be done in the evening as most of the bats would emerge from the cave and cross Davao gulf to hunt for food.

Monfort shared that she had applied for a global grant to the Rotary to fund the realization of the artificial caves to house more bats. She also plans to ask for donations from private companies.

The first man-made cave in the world is the J. David Bamberger’s chiroptorium in Texas, USA.

The initial plan is to invite two scientists from Virginia University to replicate the cave conditions.

“An artificial bat cave is needed. In this way, we can help minimize the overcrowding in the bat cave, also it would be easier for us to get the guano and help farmers process it for them to have fertilizers,” Monfort said adding that the man-made cave will feature a technology that would allow the collecting of guano without disturbing the bats’ dwellings.

The bat cave sanctuary is open for public viewing and with the booming tourism industry in the region, the sanctuary has noted an increase of visitors this year.

“We recorded 50 visitors a day on an average, this means more people understand and appreciate bats, I hope this will continue. With this, I plan to also develop the area through a joint-venture arrangement, at least build an accommodation facilities to cater to those who wanted to stay, it will be more of an eco-village,” she said.

Bats can be viewed from a distance for P120 per person (P60 for children 4 to 15 years old). For those who want to experience and see the bats at night, it is possible upon request. Proceeds go to the maintenance of the bat sanctuary and salary of the caretakers.

“I hope more people especially young individuals will appreciate and understand the misunderstood bats. They are sacred and wonderful,” Monfort said.