‘Let us dock at the SRP’ 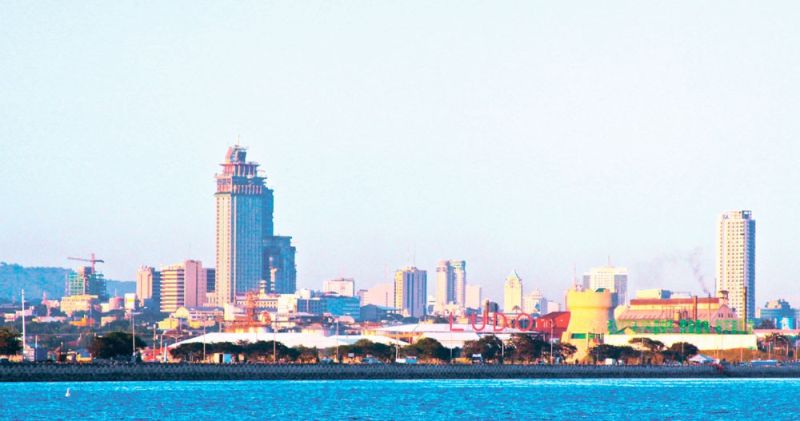 THE SCENIC ROUTE. Rather than let guests experience heavy traffic in going to the Shangri-La Mactan Resort and Spa, the five-star hotel hopes it will be allowed to use its speedboat to ferry guests to and from the city. (SunStar File)

FIVE-STAR resort Shangri-La Mactan Resort and Spa will initiate talks with incoming officials of the Cebu City Government to allow resorts in Mactan to dock at the South Road Properties (SRP) so they can ferry guests to and from the resorts.

Shangri-La Mactan general manager René Egle said the resort is mulling a water taxi service from the resort to Cebu City as an alternative route that guests can take to do away with the heavy traffic going to Mactan Island and at the same time boost the resort’s volume of local guests.

Egle said the resort owns a speed boat that has a capacity of 16 persons that is currently being used to transfer guests to and from the Cebu Yacht Club to the resort.

Egle said the terminal at the SRP, which was previously used by a seaplane operator, is an ideal spot for resort water taxis to use for guest transfers.

He noted guests will also enjoy waiting time, as the terminal is near the retail strip of City di Mare of Filinvest. A one-way trip from Shangri-La Mactan to SRP may only take 25 minutes.

Besides reaching out to local government units (LGUs), Egle said they also met with water transport service providers like Topline Express for a possible stopover at their resort.

However, Egle said Topline’s vessels are too big for the resort’s terminal. Topline Express is now ferrying commuters to and from Lapu-Lapu City and Cebu City.

“If in the future they can introduce smaller vessels, then probably we can talk again,” he said.

Moreover, Egle added that as soon they get the LGU’s nod for the terminal use at the SRP, they will encourage Shangri-La’s neighboring resorts to come together so they can share the cost of operations.

“We will talk to them and invite them to join because the boat will not be full all the time. Maybe we can share the cost. Anyway, we are facing the same problem every day, which is traffic,” he said.

Egle admitted that the bad traffic situation going to Mactan Island is hurting hotel operations. Guests who plan to dine at their property, for example, may not push through due to traffic.

“From Monday to Friday, my food and beverage business hardly has outside guests and the feedback we get is that it’s because of traffic. They say they used to come here but now it takes too long. So if that’s the case, who’s going to come here to dine?” said Egle.

“The boat transfer is the only solution we see to support and drive guest volume,” he stressed.

Egle promised guests will be treated to a different experience, much better than just sitting in traffic.

The Department of Tourism (DOT) 7 is now coordinating with government agencies to enhance the sea transportation access in the province.

“We have already started our exploratory talks about having more water vessel transportation in the province with the Cebu Ports Authority and Maritime Industry Authority. They look interested about this. We are still in the initial stages of talks,” said DOT 7 Director Shahlimar Tamano, in earlier interviews.

Tamano said his office is bringing the appeal of tourism stakeholders to concerned government agencies to immediately address the challenges faced by the sector such as traffic congestion.

“What we are having now are access to nearby provincial islands. But what we want is for Cebu Province to also have connections to its own destinations,” he said.

Tamano said a water transport could be an alternative route tourists can take from Mactan to the north and south of Cebu so they could get to their destination fast and escape the horrible traffic in the metro.

“We need to focus on the improvement of the mobility of our tourists. They should not be stuck in traffic or have difficulty getting to their desired destination,” said Tamano.

Besides having more water transportation to ferry tourists, tourism stakeholders in Cebu are also calling on the government to fix the docking areas in the province.

Cebu Alliance of Tour Operations Specialists president Alice Queblatin said there are few resorts in Mactan that are willing to invest in water taxis but their plans cannot take off unless the government fixes docking areas.

Queblatin said existing water taxis in Mactan are having difficulty docking in Cebu ports because of limited space.