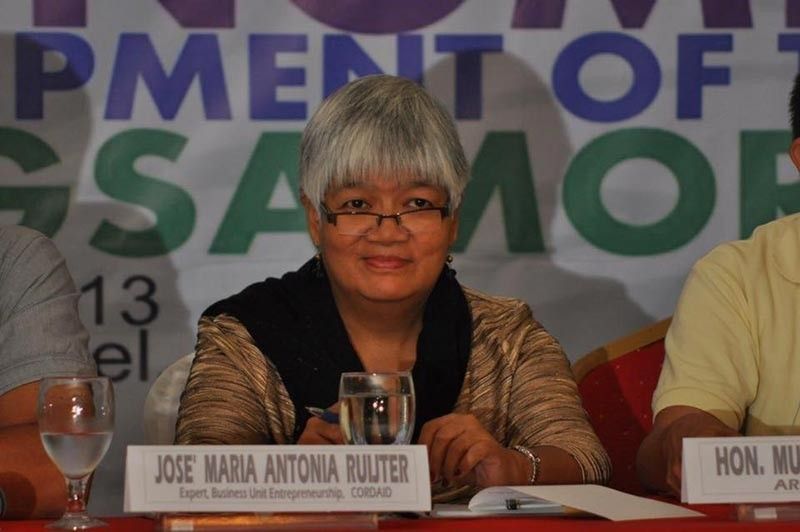 THE Philippine National Police (PNP) is looking into a possible failure of intelligence and other lapses in the arrest of 61-year-old newspaper columnist Margarita Valle.

PNP Chief Oscar Albayalde also urged Valle to file a complaint if she felt that her rights were violated.

He said the PNP will provide assistance to Valle, who was arrested Sunday morning in a reported case of mistaken identity and released Sunday evening.

“If ‘yung tao na yun feels na she was violated we will be very glad to assist her kung talagang ‘yung pagkaaaresto sa kanya or the manner she was arrested and then kung meron na-violate sa kanya while she was in custody then kung meron syang complaint, kung may viniolate doon sa amin we will not hesitate to file charges against our people,” he said in a press conference Monday, June 10, 2019.

(Whether she has a complaint or not, we will investigate the incident to make sure it will not be repeated.)

Valle's family is not buying the explanation that her arrest was a case of mistaken identity. "Never gonna buy that excuse," Rius Valle, son of Margarita, said in a Facebook post Monday.

Valle, a former columnist of SunStar Davao and currently a contributor of Davao Today, was arrested Sunday morning, June 9, 2019, while waiting for a flight home to Davao City from Laguindingan Airport in Cagayan De Oro City in Northern Mindanao.

The subject of the joint police-military operation “Pagtugis” (chase) was a certain Elsa Renton, who also uses the aliases Tina Maglaya or Fidelina Margarita Valle y Avellanosa. Renton has a standing arrest warrant for charges of multiple murder, four counts of frustrated murder and damage to government properties.

Valle was brought to the Criminal Investigation and Detection Group (CIDG) office in Pagadian City, at least 200 kilometers away from where she was arrested, for verification and identification.

She was released Sunday evening after the alleged informant declared that she was not the suspect. The informant allegedly claimed that Valle and the suspect have a “major resemblance.”

“Kasama doon sa investigation on how deep ‘yung kanilang case buildup dito. Remember our law enforcers hindi naman talaga kilala ‘yung subject. It is the complainant ang nakakakilala sa subject usually and ito they based their actions on the informant,” he added.