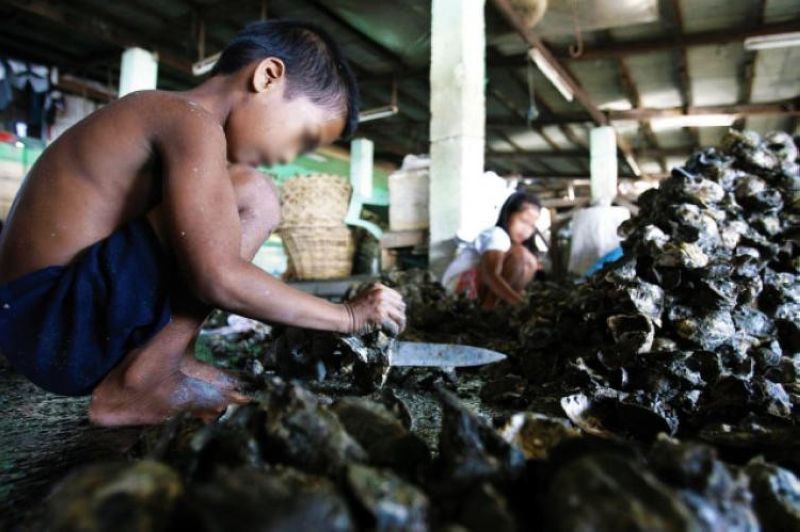 CHILD welfare advocates claimed that the implementation of the K-12 curriculum bears factor in the rampancy of child labor in the country.

Kaugmaon Foundation executive director Florie May Tacang said the additional two years became a burden to the parents in sending their children to school.

"Based sa amo mga nakahinabi, mas kaya nila pa-eskwelahon ilang mga anak hangtod high school, grade 10. Maglisod na sila inig abot sa grade 11 and 12 (Based on our interview, parents are only capable to send their children only until grade 10. They are struggling to finance their studies once they reach grade 11 and 12)," Tacang said during the Kapehan sa Dabaw press conference at the SM City Davao.

She said children today do not longer see the importance of going to school due to pressure brought by poverty, which pushes them to go into labor to assist the family in looking for daily means to survive.

Kaugmaon, a non-government organization (NGO) working for the protection of children, is currently campaigning against child labor.

Tacang said the group is expanding its reach in rural areas, such as Compostela Valley, Davao del Norte, and Davao Oriental, wherein child labor is rampant.

ILO said while child labor occurs in almost all sectors, the study shows seven out of every 10 of these children are working in agriculture.

Tacang said the NGO is involving the parents in their campaign because they seem to be affirming the child labor practice as a valid survival activity.

"Child labor is a socio economic issue. Naging parte na siya sa culture wherein ang bata mutabang sa pamilya in generating income. Kadtong una, valid siya nga training ground, karon lahi na ang kahimtang. (It has been part of our culture wherein the children are to assist their family in generating income. Before it is a valid training ground, but now it's a different scenario)," she said.

"We are campaigning na ang ginikanan, dili tugutan ilang anak na magsige nalang trabaho sa uma (We are campaigning that these parents will not allow their children to work on the field for the rest of their lives)," she added.

Tacang said the group continues to tie up with the Department of Labor and Employment (Dole)-Davao in the campaign against child labor.

A 2015 data from Dole-Davao showed there are around 114,000 child laborers in Davao Region.

Tacang said the booming economy of Davao City would also lead up to the increase of child laborers.

In a previous press conference, Education Secretary Leonor Briones urged the public to support the K-12 curriculum as a chance to elevate the country's quality of education.

Briones said the additional two years should not be treated as an additional burden, but an opportunity for skills enhancement.