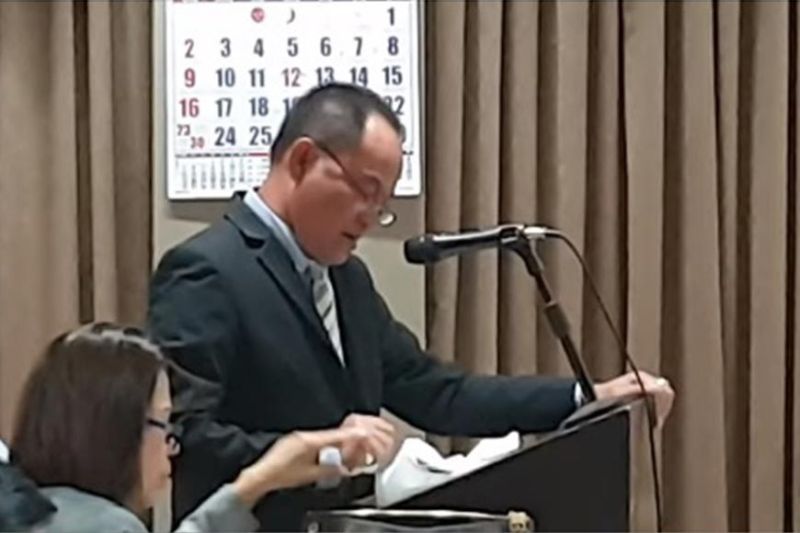 The statement, signed by COPC president Jesus “Ritchie” Salloman, urged the public to move for the ouster of Ocon.

“Berating a 90-year-old icon of Cagayan de Oro in a wheelchair in full view of the public inside VIP Hotel was an act of a “bastard” and “uneducated” public official hence this statement of full condemnation against Zaldy Ocon,” the statement reads.

It is also offering the Press Freedom Monument as venue of a possible signature campaign for the ouster of Ocon as city councilor.

Councilor Ocon is under fire after a video showed him berating former City Mayor Reuben Canoy in a hotel here.

The video, uploaded by Jing Z. Abas, shows Ocon fuming with anger, raising his voice against Canoy in a wheelchair. The video is now shared over 2,000 times and has 81,000 views.

It is still not clear what started the argument which happened on Friday last week, since as of this Monday, Canoy and Ocon have kept mum on the issue.

Canoy’s daughter Rhona, however, posted on June 7 that Ocon was allegedly fired from the Radyo Mindanao Network-DXCC (RMN) for publicly disrespecting the former mayor. Ocon holds a radio program on DXCC.

There is no confirmation on Ocon’s termination from the RMN management, though the councilor did not appear on his usual radio programs at DXCC Monday.

Meanwhile, netizens are calling out Ocon for his “bad behavior”, and are urging the city council to investigate the incident.

Councilor Lordan Suan, chairperson of the city council ethics and blue ribbon committee, said they welcome any resident to file a complaint before its committee.

Suan added that the committee cannot investigate a certain matter on its own initiative.

Suan said the ethics committee has the power to investigate officials on matters of public interest.

The councilor said most of the cases he is investigating are complaints against barangay officials.

City Mayor Oscar Moreno refused to comment on the issue.

“That’s hopefully a simple case of miscommunication. Nobody wants the Canoy-Ocon combination to break,” he said.