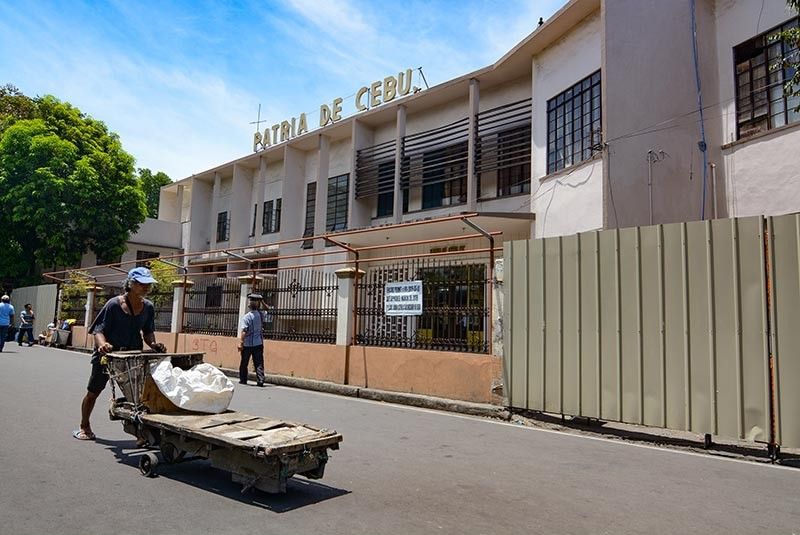 WORK BEGINS. As they bare the new design and plans for the redevelopment of Patria de Cebu in downtown Cebu City, Cebu Landmasters Inc. fences the property in preparation for the renovation and construction work. (SunStar photo / Arni Aclao)

AFTER a delay of six months, Cebu Landmasters Inc. (CLI) has put up a perimeter fence around Patria de Cebu in Cebu City in preparation for the start of the P1-billion redevelopment project.

CLI presented its new design for the property last Monday, June 10, 2019, months after heritage advocates called on the Archdiocese of Cebu to preserve the church-owned building and not to allow its demolition.

With the new design, the architectural features of Patria de Cebu will not be affected in the development of the area.

Cebu Archbishop Jose Palma attended the unveiling of the new design. He was accompanied by officials of the Archdiocese of Cebu and the National Historical Commission of the Philippines (NHCP).

NHCP chairman Rene Escalante said his office gave clearance to CLI after it promised to retain majority of the Patria de Cebu’s features and submitted the necessary documents.

He said they allowed CLI to widen the entrance of Patria for the safety of the people going inside the facility.

For his part, Jose Franco Soberano, CLI’s executive vice president and chief operating officer, said 80 to 90 percent of the building will be intact.

“We were aware of the sensitivities and the responsibility that give way to the development here. That was really the inspiration and motivation of Cebu Landmasters as we approach design,” he said.

According to the architect and the project’s senior designer, Dennis Anaya, the project involves two developments—the renovation of the old Patria building and development of the new Patria complex.

The main building will be renovated to accommodate retail and office spaces on the first and second floors.

The new Patria de Cebu complex will have a gross floor area of about 21,000 square meters. It will have a hotel with 167 rooms and other amenities like the 8,000-square-meter ballroom and function rooms.

According to CLI president and chief executive officer Jose Soberano III, the final design for the Patria de Cebu complex was made in collaboration with the Archdiocese of Cebu and other stakeholders.

CLI will lease the lot for 40 years. It expects to complete the project in 2021 in time for the 500th anniversary of Christianity in Cebu. (From SCG of SuperBalita Cebu, KAL)