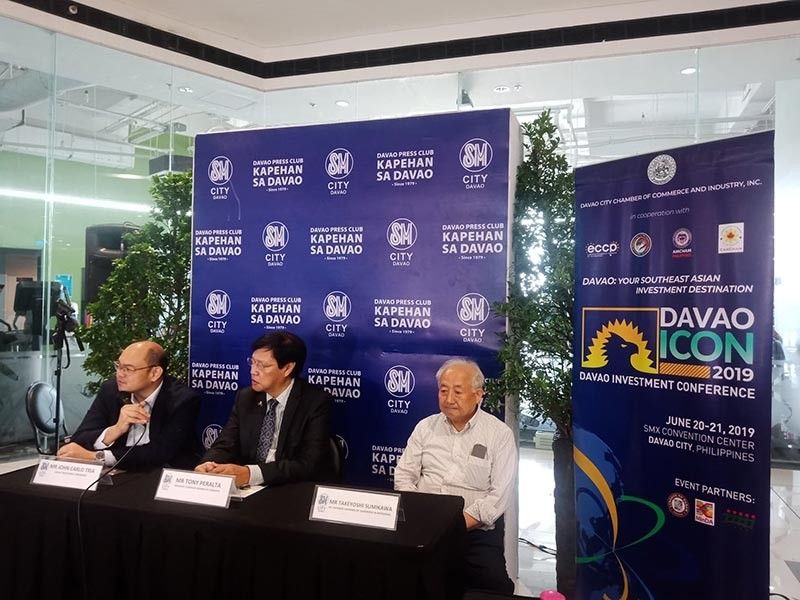 DELEGATES from China, Singapore, Japan, South Korea, and Malaysia have confirmed attendance in the 5th Davao Investment Conference (Icon) on June 20 to 21 at the SMX Convention Center, Lanang, Davao City.

“This is the first time that we have delegations that committed reservations and bookings. We never had that before. Karon lang gyud ni nga naay manawag na magpadala og 15 to 20 delegates (It is only now that someone called to say that they will send around 15 to 20 delegates),” Davao City Chamber of Commerce and Industry, Inc. (DCCCII) executive vice president John Carlo Tria told reporters Monday, June 10, during the SM City Kapehan media forum.

“Sending delegation means that their interest is serious. That is why the challenge for many of us [in the DCCCII] is what we do after the conference, how we will harness that interest after the event,” he added.

The foreign delegations were inspired by Davao chamber trade missions abroad, particularly, China and Singapore, and visits to Sarawak, Malaysia and Seoul, South Korea, according to the press release of the DCCCII.

Tria associated the increase of foreign delegates to the “competitive” economic status of Mindanao and Davao region that has even outperformed the country’s economy.

“It is only now that we are seeing a Mindanao economy that is outperforming the country. This actually attracted a lot of interests,” he said.

“After the release of the gross regional domestic product (GRDP) and after the 2019 midterm elections, maraming biglang tumawag to book their participation,” he added.

Last April 25, the Philippine Statistics Authority 11 (PSA 11) reported that the region posted an 8.6 percent growth in 2018 and is targeting 10.5 percent GRDP growth this year. (LHC)