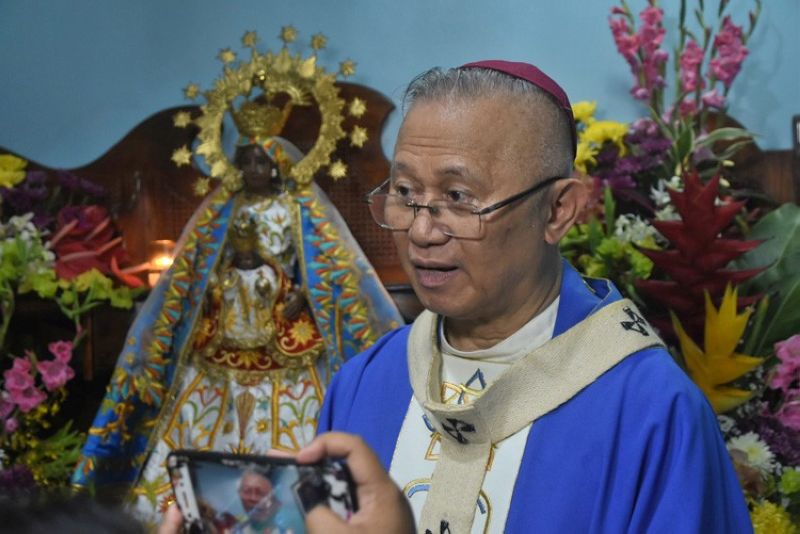 CEBU Archbishop Jose Palma is hopeful that President Rodrigo Duterte will be present in the activities set for the 500th anniversary of Christianty in the country on 2021.

Palma reacted to Duterte's statement that he has no plans to attend the momentous occasion during an interview with Kingdom of Jesus Christ founder Apollo Quiboloy last Friday, June 7.

“Sometimes he says one thing, after sometime, he says another thing. So for me, this is not a closed issue and for me I just take it with you know, he said it now,” Palma told reporters during an interview on Monday, June 10.

Palma, however, believes that Duterte is merely expressing his sentiments.

“But at any rate, this is a free country. If he wishes to attend, well and good. If not, this is his freedom. But I’m sure the Catholics would say we respect the President but our faith does not depend on the President, it depends on the Lord,” Palma added.

But even with Duterte's criticisms against the Catholic Church, Palma said they will still invite the President to attend the event.

“As a general rule, we always are a people who reach out and say Mr. President this is an important event. But it depends of course on his own choice. Sa karon its too long and too far to decide, anyway we just prepare kon duol na lang no. That’s the time we decide,” Palma added. (SCG)