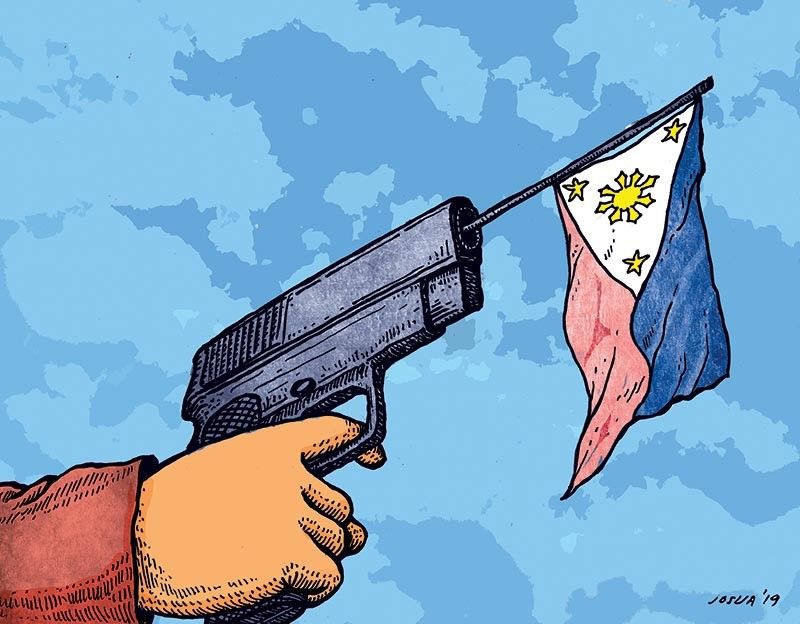 ACADEMIC debates on the right dates and historical context of the June 12 Philippine Independence Day notwithstanding, equally important as well is the fact that we are celebrating an awareness that once in our history we have “woke” ancestors who wanted to build a country.

Our iconic illustration of the day shows Gen. Emilio Aguinaldo waving the Philippine flag on the terrace of his ancestral home in Cavite, some 30 kms. south of Manila. The Philippine flag, three stars and sun, came all the way from Hong Kong, hand-sewn by Marcela Agoncillo, Lorenza Agoncillo and Delfina Herboza. Ambrosio Rianzares Bautista, Aguinaldo’s war counselor and writer of the text of the 21-page “Acta de la proclamacion de independencia del pueblo Filipino,” read the proclamation, which was signed by 98 Filipinos. At 4:20 p.m., the Philippine flag was unfurled for the first time with the performance of San Francisco de Malabon marching band of Julian Felipe’s “Marcha Filipina Magdalo,” now known as the Lupang Hinirang.

The ceremony, of course, had its share of critics. First and fiercest of all was the lawyer Apolinario Mabini who pointed out the folly of having a bunch of cronies determining the fate of the nation and declaring a dictatorship.

There are historians as well who would rather have Andres Bonifacio’s Katipunan, the movement it led, as point of reference for any celebration on the declaration of Philippine independence. The Aguinaldo declaration had to undergo revisions while it negotiated with the United States. The Cavite moment, therefore, was more of a muffled attempt at a cry for freedom.

The Acta’s original copy, now housed in the National Library of the Philippines, has its interesting history as well. It became part of the 400,000 historical documents that the American government carted away during the Philippine-American War. The Acta was returned to the national library in 1958, was stolen and untraceable sometime in the ‘80s, and was retrieved in 1994 by a university professor who arranged its return.

On the whole, while our experts try to resolve questions on accuracy and over which date befits a more meaningful celebration, we have an on-hand pause today to think of our colorful history, one that unfurls the waving message of how much we owe it to ourselves and those who came before us to love and defend our one and only nation.