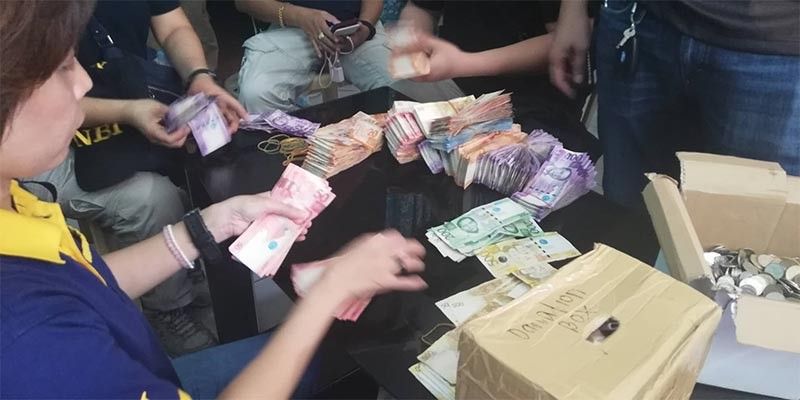 OPOL. The National Bureau of Investigation-Northern Mindanao says over P300,000 cash were seized in a raid at a Kapa office in Igpit, Opol, Misamis Oriental on Monday, June 10, 2019. (PJ Orias)

THE Provincial Board of Misamis Oriental will likely look into the operation of Kapa-Community Ministry International, whose satellite office in Opol town was among the 13 offices raided nationwide by National Bureau of Investigation (NBI) agents on Monday, June 10.

Board member Gerardo Sabal III said he would recommend to the committee on trade and commerce that the issue be heard in the capitol's legislative body.

Also recovered were documents of people who were said to have invested their money in a form of "donations".

According to NBI-Northern Mindanao Director Patricio Bernales, the seized items will be turned over to the court that issued the search warrant.

"Mga P300,000 plus ang nakuha, then we will return the warrant together with the seized items to the issuing court," Bernales said.

Sabal said he was unaware of the office of Kapa in Opol and he has not heard of any other Kapa offices in other towns. He said it would be hard for government authorities to monitor Kapa offices because they are not registered.

But, with the order of President Rodrigo Duterte to shut down Kapa, Sabal said mayors in the different municipalities are expected to monitor if Kapa is operating in their areas. Sabal explained that Kapa remains to be an illegal entity because it has not complied licences and permits from concerned government agencies.