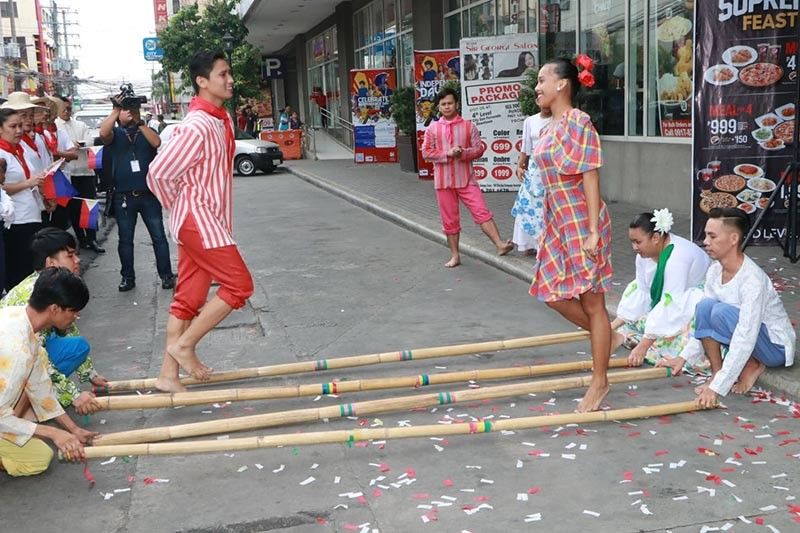 SM Supermalls all across the country raised the Philippine flag in the simultaneous commemoration of the country’s Independence Day, with SM City Pampanga taking it a bit further by turning on illuminated boxes forming the Philippine Flags.

The celebration also included a parade of colors and raising of the Philippine flags in all three malls in the city. Koron Aeta of the The Voice fame delivered the national anthem.

Third District Board Member Rosve Henson, who was guest speaker in the event, delivered his speech honoring SM for leading in Independence Day events every year.

In SM City Telabastagan, the centerpiece attraction featured a peace sign with the colors of the Philippine flag. The centerpiece highlights the need for peace in all aspects of Philippine life.

Meanwhile, SM City Downtown also showcased its centerpiece of letter blocks of the word "#Pinas" that featured photos of various Philippine festivals in monochromatic colors of the Philippine flags.

SM malls in Pampanga celebrate Philippine independence to give tribute to the country’s historic stand made on June 12, 1898. The event is an annual celebration participated by employees, tenants and shoppers of the mall as well as the communities in which SM serves.

She added that the event aims to help employees and people remember the values that the crusade for independence had taught the Filipino people.