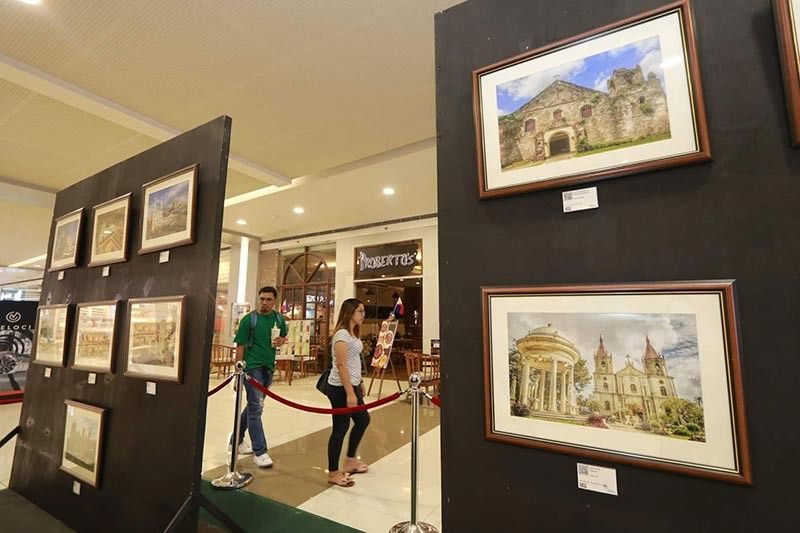 PAMPANGA. The National Commission for Culture and the Arts (NCCA) and SM City Clark feature a photo exhibit of heritage churches as part of the Freedom Day celebration. (Photo by Chris Navarro)

SM CITY Clark plays host to this year’s celebration of the National Heritage Month as it welcomes the roving exhibit of the Filipino Heritage Festival and the National Commission for Culture and the Arts.

SM City Clark public relations officer Venus Manalang said the exhibit dubbed “UP FRONT: Encountering the Sacred” starts a discussion on heritage churches, which are considered as national cultural treasures of the country.

The exhibition features 39 photographs of churches around the Philippines and brings the unrecognized artisans who built them into the spotlight.

“These photos were taken by 22 of the best photographers of our time. These also show the changes these structures went through over the years as a result of rehabilitation and interventions,” Manalang said.

The events primer said the collection consists of photos taken by members of FUNtastic Philippines, a group of photography enthusiasts established in 2012. The works aim to promote the architectural legacy of the Philippines by capturing churches recognized as a National Cultural Treasure, a National Historical Landmark, an Important Cultural Property, or a UNESCO World Heritage Site.

The exhibition aims to spark discussions on heritage churches beyond the facade imagery.

There is also an effort to place attention into the significance of “unrecognized craftsmen demonstrating the brilliance of Filipino proficiency through intricacies in design and function, to the present condition of the architecture following efforts in rehabilitation and numerous interventions, the exhibit encourages us to contemplate on the underlying issues within these sacred structures.”

The exhibit, which opened on June 12, will run until June 16.