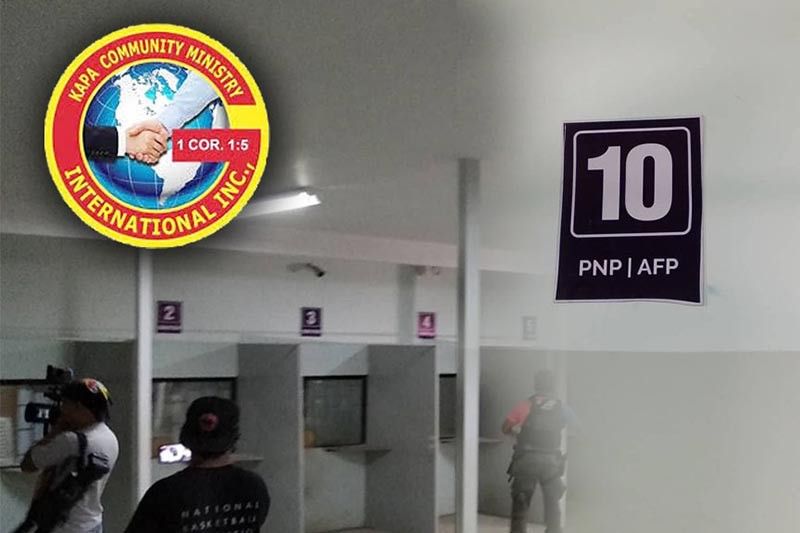 THE Police Regional Office (PRO)-Davao is investigating policemen who might have joined in Kapa Community Ministry International Inc. (Kapa) after a priority lane for policemen and soldiers was discovered inside the religious firm’s office in Tagum City during the service of search warrant on Monday, June 10.

PRO-Davao spokesperson Police Major Jason Baria said during the AFP-PNP press briefing Wednesday, June 12, they have no list yet of policemen who have invested in Kapa.

Police Brigadier General Marcelo Morales, PRO-Davao director, earlier warned cops against joining various financial investment schemes in the region, saying it could be a ground for administrative charges due to insubordination.

“[It is still] under investigation. Titingnan [natin] kung sino yong involved doon, [kung] may nakuha ba sila [National Bureau of Investigation] na document sa pagpasok sa company na ‘yon. Kung sino ang ma-identify, [we will implement] due process parin sa administrative case [and] that individual [will be] subject[ed] for explanation also (It is still under investigation. If NBI was able to recover any documents, we will be able to investigate this further. They will still be subjected to due process and given a chance to explain),” he said.

The Securities and Exchange Commission (SEC) said Kapa is collecting investments from the public in the guise of a “donation” with a promise of a “30 percent return per month until forever.”

The region’s police chief had previously ordered a discreet investigation against police who may have possibly invested in investment schemes.

For their part, Eastern Mindanao Command spokesperson Lieutenant Colonel Ezra Balagtey admitted that he has received information of some soldiers who have joined in this scheme but he assured that these soldiers are just investors and are not the one behind these schemes.

“Magiging hypocrito ako pag sinabi kong wala akong naririnig na mga sundalo na nag-invest dito, (I would be a hypocrite if I say that I have not heard of stories of soldiers who have invested in these schemes),” Balagtey said.

Balagtey added that Eastmincom commander Lieutenant General Felimon Santos Jr. has been proactive in promoting financial literacy among his soldiers by conducting seminars for them.

“Yong pag-iinvest na ito ay hindi naman tayo nagkulang sa paalala sa ating kasundalohan to be discerning sa kanilang pinapasok (We did not fall short when it came to educating our soldiers on how to properly invest and be discerning of where they put their money),” Balgtey added. (JCR)