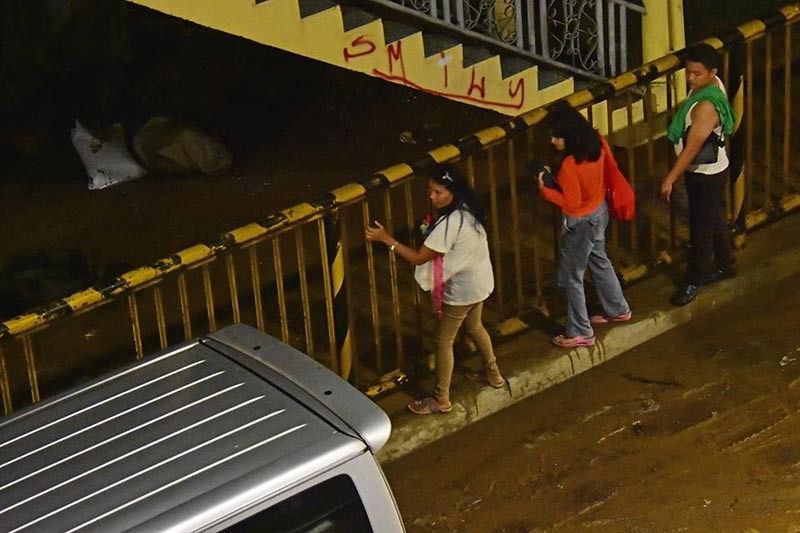 THE Davao City Risk Reduction Management Office (CDRMMO) said they are pushing for a local ordinance that will improve the water ways in the city in a bid to prevent flooding.

The office has an ongoing study to address the perennial flooding problem at La Verna Hills Subdivision in Buhangin and to update the Comprehensive Land Use Plan.

During the AFP-PNP press briefing on Wednesday at The Royal Mandaya Hotel, CDRRMO head Rodrigo Bustillo said they are currently identifying hazard areas to be included in the no build zone together with the Davao City Planning and Development Office.

“After that study, it will be backed-up by a certain ordinance so it’s just a matter of implementation sa balaod para matanggal ang mga tao (of the law to relocate the residents),” Bustillo said.

He said they recommend the relocation of the residents who are settling near the creek because aside from it is dangerous when water level rises after a heavy downpour, the residents also contribute to the clogging of drainage system because of their improper disposal of wastes.

“Busa ang among recommendation, clear that area. I-clear tibuok area hangtod didto sa Davao Gulf and that thing we have to address the long term solution kay kanang pumping-pumping sa DPWH, sultian tamo, it is not the solution. Gigamit naman na pero grabe ang pagbaha nga nahitabo (We recommend clearing the area up to the Davao Gulf. We must address the flooding with long term solutions. DPWH’s pumping has not helped in addressing the flooding),” he said.

Flood rises when it reaches La Verna Hills because water from Cabantian also go through this area, causing from knee-to-waist-deep flooding.

“Dili naman kalusot ang tubig kay pag-abot karon sa kalsada constricted na daan ang drainage (It is difficult for the water to pass through the area because the drainage is constricted and filled with trash),” he added.

Bustillo said that should the dwellers along the creek be evicted, they will work to improve the area’s drainage. Bustillo assured that once they improve the drainage system, it will lessen the instances of motorists being stranded.