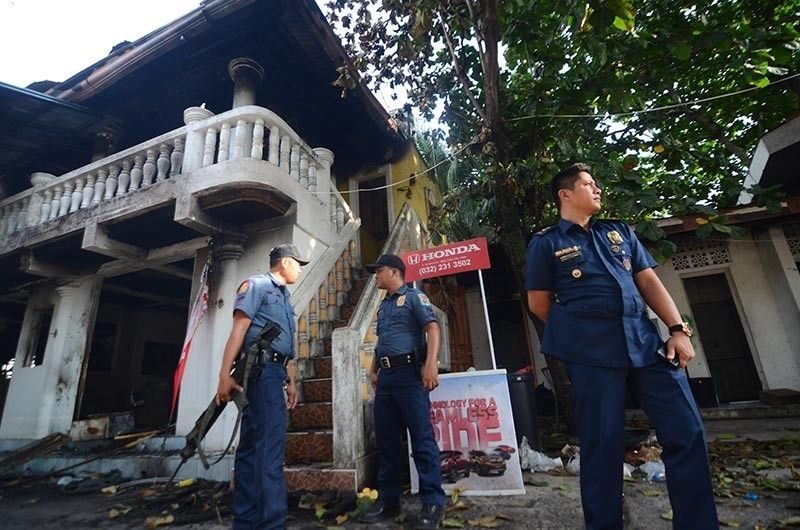 This, as the Court of Appeals issued a freeze order on several bank accounts and other assets linked to Kapa-Community Ministry International Inc. on June 4, 2019 upon the petition of the Securities and Exchange Commission (SEC) and the Anti-Money Laundering Council (AMLC).

As this developed, supporters of Kapa founder Pastor Joel Apolinario held simultaneous prayer rallies in Quezon City, General Santos City, Alabel in Saranggani Province and Surigao City on Wednesday, June 12, to support the call of the Kapa founder for a week of prayer that started on June 9, 2019.

In an advisory issued on Monday, June 10, the SEC took note that the Court of Appeals can issue a freeze order upon a verified ex parte petition by the AMLC.

“Under Section 10 of Republic Act No. 9160, or the Anti-Money Laundering Act of 2001, as amended, the Court of Appeals may issue a freeze order upon a verified ex parte petition by the AMLC and after determination that probable cause exists that any monetary instrument or property is in any way related to an unlawful activity,” a portion of the advisory stated.

Among the unlawful activities covered by the anti-money laundering law are fraudulent practices and other violations under Republic Act 8799, or the Securities Regulation Code.

The SEC earlier revoked the certificate of incorporation of Kapa for serious misrepresentation as to what it can do or is doing to the great prejudice of or damage to the general public.

Kapa was found to have recruited and encouraged members to “donate” any amount in exchange for a 30 percent monthly return for life, without having to do anything other than investing and waiting for the payout.

Police Regional Office (PRO) 7 Director Debold Sinas, in a press conference on June 12, said they will conduct further assessment to validate the SEC’s report on additional unregistered investment entities operating in the region.

“Now, I have already talked with the chief of the Regional Criminal Detection Unit (RCDU) 7, that by next week, we will assess and discuss since there are still other existing companies involved in pyramiding. Because there are still other 12 companies named by SEC involved in pyramiding. We’ll check if they are still active. Then we’ll conduct similar raids, gradually. This is still in consonance with SEC and the NBI (National Bureau of Investigation),” he said.

Police Col. Lito Patay, Chief of the Criminal Investigation and Detection Group (CIDG) 7, also said there is a specific firm in Cebu that they are closely monitoring. But he would not divulge its name pending the investigation.

Patay has urged the public not to get lured by get-rich-quick schemes.

Patay reacted to criticisms against them in social media by supporters of Kapa and Organico.

He said some people do not believe that these companies are scams because they receive payouts, forgetting to think that the money they invested was just used in paying other members.

“They get mad if they are rebuked. We become the villains,” Patay said. “They refused to check if the business is legitimate.”

He, instead, urged them to file a formal complaint of syndicated estafa should these companies fail to return their money.

“Just like in Region 3. How many complainants do they have there? There were about six! The amount in the demand letter even went up to P65 million. It’s just the same scheme and style. The time will come when they could no longer sustain their promised return on investment to their many investors,” he said in Cebuano.

Once a formal complaint is filed, a hold departure order against the owners of the said firm will also be issued, Patay added.

Meanwhile, the vault that was recovered by police in the Compostela branch of Kapa remains intact. It is in the custody of the Compostela police and will be part of the evidence that will be presented in the filing of charges against Kapa officials.

“We could not just open it anytime. We are still waiting for someone to come to the Compostela Police Station. But of course, he or she needs to establish his or her identity first now that one of the motives (of the fire in the Kapa office) we are checking on is inside job,” he said.

As to Organico’s computer sets seized during a raid on Tuesday, June 11, 2019, these are now in the custody of CIDG 7. A total of 147 personal computers from Organico in Mabolo, Cebu City and four from Ada in Mandaue City were seized.

Patay said the computers are evidence and these will be examined by the police cyber crime experts.

CIDG 7 personnel failed to confiscate cash in the offices. Patay believes Organico management carried the cash with them after vacating the office in Barangay Mabolo, Cebu City.

But he added they are monitoring Organico and had received reports that the company still continues to accept investments and give payouts to its members through online transactions.

Last June 10, Monday, the National Bureau of Investigation (NBI) 7 and the Philippine National Police confiscated documents from the office of Kapa in Barangay Poblacion, Compostela, Cebu.

A day after, on June 11, the CIDG 7, with the SEC representatives, conducted three simultaneous search operations in Cebu and Bohol. Two of these were at the offices of Organico in Mabolo, Cebu City, and in Tagbilaran City, Bohol.

The other one was at Ada Farm, whose offices are located on the first and third floors of the North Atrium Building in Barangay Guizo, Mandaue City.

Some of the subjects of the search warrants include a certain Adrian Dominic Ang of Ada Farm Agriventures, a certain Cerron Roial G. Posas of Organico in Mabolo, and a certain Ryan Ochavillo of Organico in Tagbilaran City, Bohol.

Sinas said they have already coordinated with the Regional Anti-Cybercrime Unit (RACU) 7 for their plan of filing a case in relation to the violation of RA 10175 or the Cybercrime Prevention Act of 2012.

He also said they do not discount the fact that despite the crackdown, these firms are still continuing their operations online as they reportedly saw a signage in one of these offices, indicating a “house-to-house process of delivering payouts.”

Meanwhile, hundreds of members of Organico were reportedly told to not panic after its offices were closed.

A member of the said investment firm, who requested anonymity, told SunStar Cebu that fellow members continue to have constant communication through Facebook Messenger.

“We were told by the upline not to panic because they’ve got everything under control. They said there will still be a payout but it will be coursed through the upline,” he said.

The upline is someone who will distribute the money to those who also invested, he said.

In the official Facebook page of Kapa Global, supporters flooded the page wall with photos and videos of the prayer rallies in various areas.

In one of the videos posted, a Kapa supporter, who claimed to have a kidney problem and who undergoes dialysis twice a week, said Kapa helped him fund his treatment. “Dili na mahimo ni President Duterte (President Duterte cannot do that),” the man said.

In another video of a rally held in Quezon City Memorial Circle, thousands of Kapa supporters sang Diana Ross’s “If We Hold on Together” with a voice on the background saying, “Ipakita po natin na tayo ay isang religious organization.” (Let us show them that we are a religious organization.) (WBS, JOB, from AYB of SuperBalita Cebu, VLA, KAL)