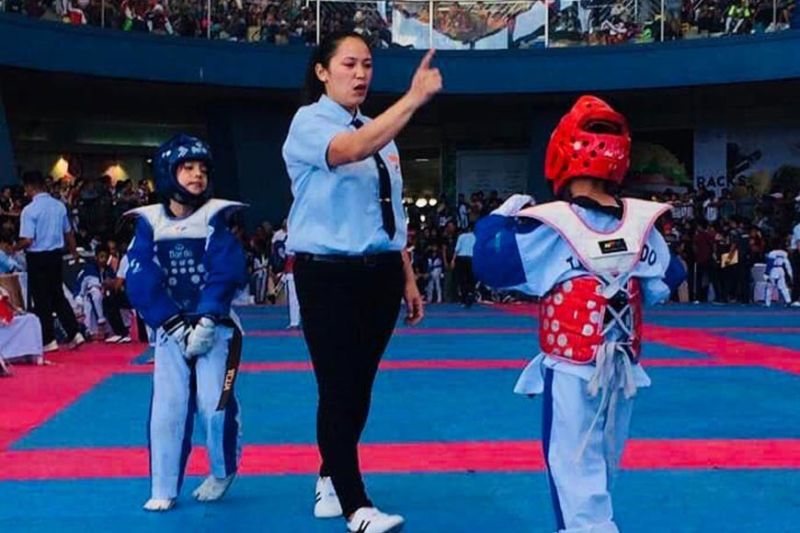 MANILA. Miss Marsha Ecaranum hard at work refereeing. She is the first official sent by region 10 to referee in a national tournament. 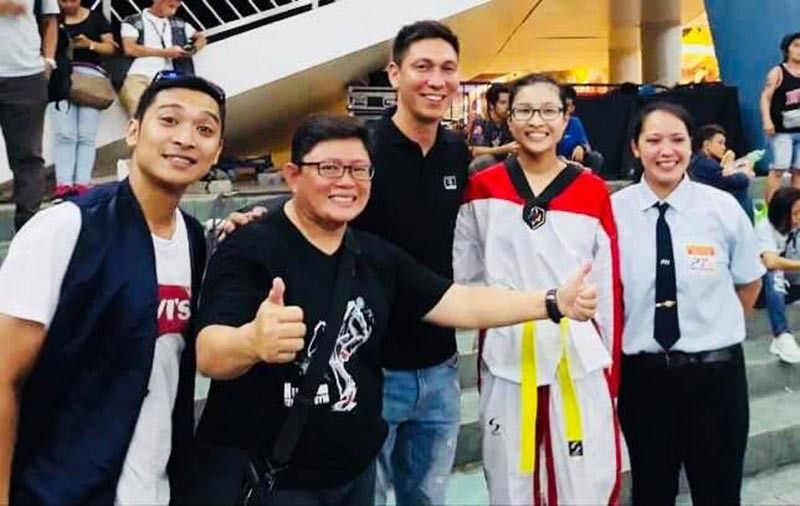 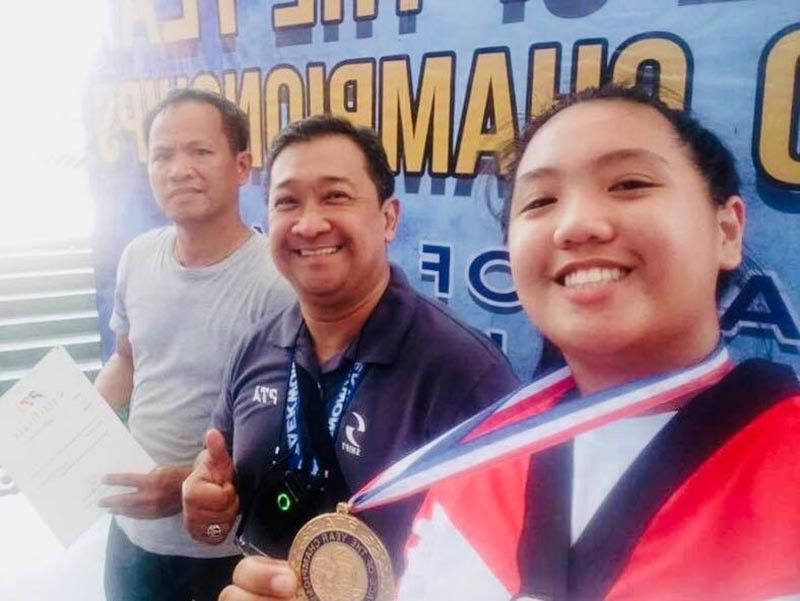 MANILA. Darriel Pasco proudly shows off her gold medal with a PTA official and her dad, Sir Lando. 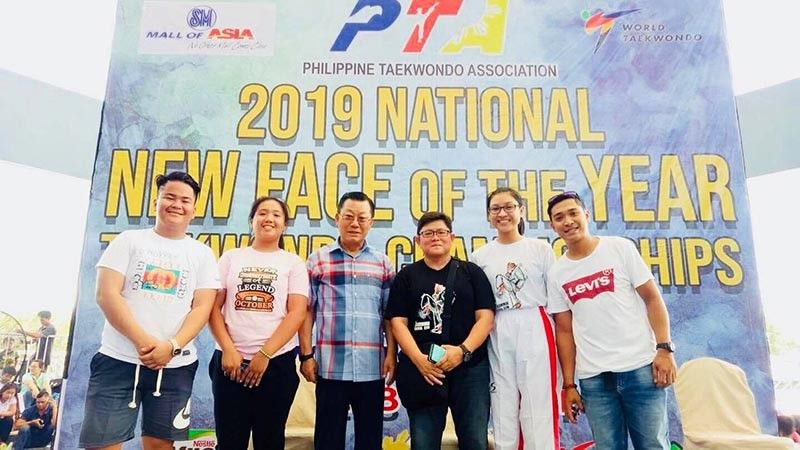 LAST weekend, 1,500 taekwondo newcomers got a chance to show their progress when they competed in the 2019 New Face of the Year Taekwondo Championships. Held last June 8 to 9 at the SM Mall of Asia Music Hall, it was filled to the rafters with teakwondo enthusiasts and their supporters.

Participants from all the Philippine Taekwondo Association chapters and branches nationwide graced the event. There were several representative schools from Cagayan De Oro, but the one closest to my heart is the H Taekwondo Central Gym, located along Masterson Ave., Uptown.

The HTC participants who trained hard for the event were Darriel Pasco, Kenneth Lagundo, and Lourdes Wabe. Their indefatigable master, Marilou Go 5th Dan black belter, accompanied them to Manila. Coach DenBoy, Emie Mar Gayao, also flew with them and coached the kids by the mats during competition proper.

Noteworthy, Ms. Marsha Ecaranum, who is one of the instructors at HTC gym, also went to Manila to serve as an official for the competition. This is the very first time Northern Mindanao sent a referee to officiate in a national tournament.

The New Face event was supported by the Philippine Olympic Committee and the Philippine Sports Commission. Sung Chon Hong, the grandmaster and chairman of the organizing committee said:

“This event highlights the progress of taekwondo in The Philippines and give an opportunity to show and demonstrate their ability in effective techniques and styles.”

The PTA was established in 1976 to promote the Korean style of martial arts in the country. To date, men, women, and children continue to enjoy the sport and abide by the tenets of taekwondo on and off the mats. The tenets of taekwondo touch on these five categories: courtesy, integrity, perseverance, self-control, and indomitable spirit. Truly, this craft is more than just a sport but a discipline a student imbibes for the rest of his or her life.