Oro’s Sabanal back in ONE cage campaign 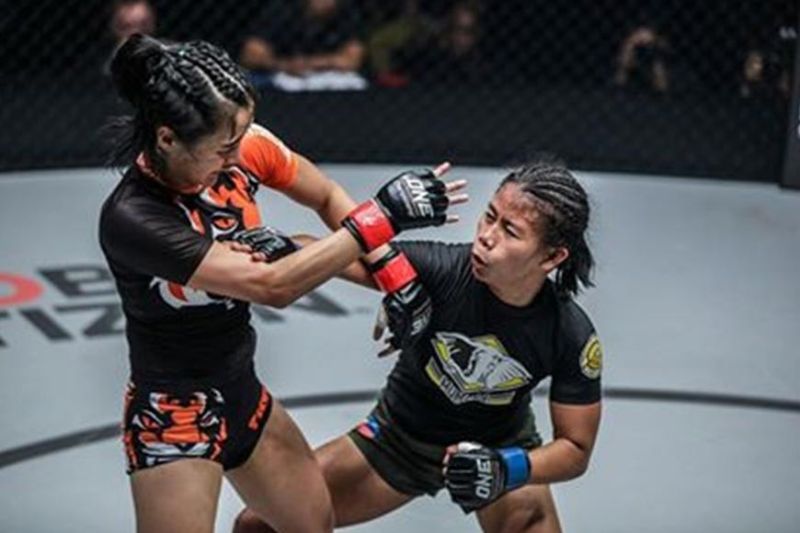 CAGAYAN de Oro’s Angelie “D’ Explorer” Sabanal will try to bounce back from her first defeat in Thailand as she steps again in the cage for her third straight ONE Championship fight.

But, it will not be easy for the 29-year-old Sabanal, a teacher at the University of Science and Technology in Southern Philippines (USTP), as she faces the undefeated Itsuki Hirata of Japan in the ONE: Legendary Quest on Saturday, June 15, at Baoshan Arena in Shanghai, China.

Her much younger Japanese foe has an impressive 3-0-0 win-loss-draw card.

This is a chance for the USTSP teacher to bring her back to a championship dream if she pulls an upset against the 19-year-old Hirata in their women’s straw weight fight.

“Chance talaga ‘to ni Angelie if she could upset the Japanese kay she will be scouted to be among the selected fighters for a championship bout,” said Sabanal’s manager Beh Barothy Hung, owner of the Mindanao Ultimate Mixed Martial Arts (Mumma).

Sabanal is best remembered for her Muay Thai skills in winning medals in the national competitions, but has intensified her training also in the grappling arts at Mumma Makati.

“She’s in good condition and we will see everything on Saturday,” said Hung.