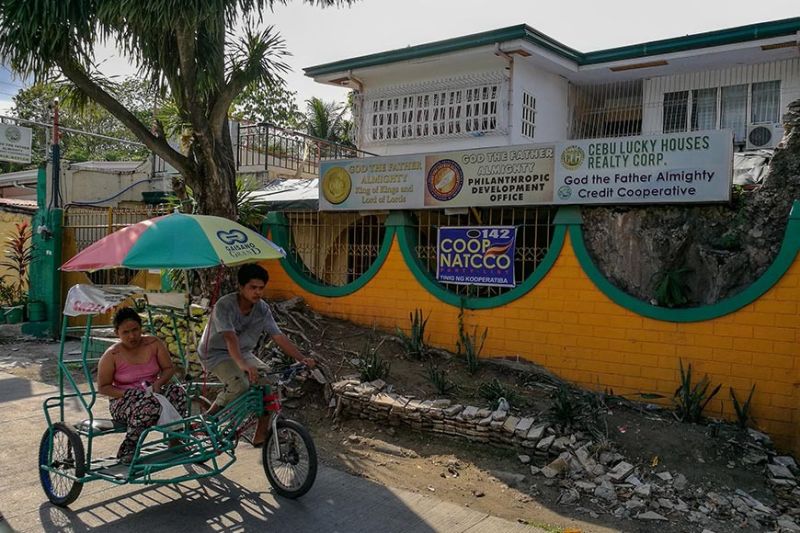 THIRTY individuals filed a complaint before the police and the Cooperative Development Authority (CDA) against a cooperative that promised to release to them vehicles they wanted to buy within one month and at a low interest rate.

Paul Catian, one of the “victims,” identified the firm as God The Father Almighty Credit Cooperative (GTFACC), which had an office in Barangay Tisa, Cebu City.

After he saw a post about it on Facebook marketplace, Catian said he was enticed to get a motorcycle because of the attractive offer.

According to the agent who accommodated him, once he made the 15 percent down payment of P13,900, the unit would be released after a month.

On March 13, 2019, Catian made the down payment. He was promised the unit would be released to him in April.

Catian admitted that what he did was a big risk, but he took it because other buyers told him the coop was legitimate. When April came, there was still no motorcycle, though.

Catian said he contacted the agent and the employee at the office, only to be told to follow up on his purchase.

After weeks of going back to the office, he met other buyers who shared his experience. They decided to demand a refund.

The coop told them it could not give them cash, but issued them checks, which they could only encash after 15 days. But all the checks bounced, he said.

Last May 17, they stormed the GTFACC office. Tundag was not there, but the group sat down with the coop’s employees.

Catian said he felt sorry for them because they, too, had not received their salaries or commission. So he and the 29 others decided to give the group another chance.

They were told they would get their money back on June 4, he said.

“When we went there on the promised date, the office was closed and we were only told by the people living nearby that the office had been closed for three weeks,” Catian said.

Catian said they already sent a letter of complaint to the CDA. Two “victims” also filed a blotter report at the Police Station 10 in Labangon, Cebu City.

He said one complainant arrived crying at the station because he had already given the coop P400,000 for a Sports Utility Vehicle, and he had no idea how to get his money back.

The coop had promised that the client would get the vehicle in 60 days after he made the down payment.

Clarin advised complainants to secure a certification from the bank where the checks bounced and come up with a demand letter addressed to the coop so they could file an estafa case against the coop.

“Even a mail showing that the complainant has sent a demand letter to the concerned office can be considered,” he said.

The coop’s certificate of compliance, though, has been put on hold. Lacanaria could not say why since GTFACC is under a different CDA department and the one in charge is on leave.

She said they will review and evaluate the complaints to assess what action to take against the coop.

“We are still reviewing the complaints and we will take action as soon as possible,” she said.

SunStar Cebu tried to contact GTFACC’s office, to no avail. It also tried to communicate with founder Tundag on Facebook Messenger, but he did not reply. When SunStar Cebu went to the coop office in Tisa, the gate was padlocked.

Management left a notice addressed to members and clients explaining that the office was temporarily closed to facilitate the processing of refunds and to ensure the coop staff’s security and safety.

The notice said the office will reopen as soon as the reports are submitted to the supplier and that refunds would be sent through pawnshops. The notice also contained a contact number.

Lacanaria said the CDA will register a group of individuals as a cooperative, without discrimination, as long as they comply with the requirements.

If coop officials are engaged in illegal activities, it’s up to victims to file charges before the prosecutor’s office or the court, she said.

“We (at the CDA) have separate action for involuntary dissolution of a cooperative that will be found guilty of illegal activities,” Lacanaria said.

The CDA was established by Republic Act 6939 to register and regulate cooperatives.