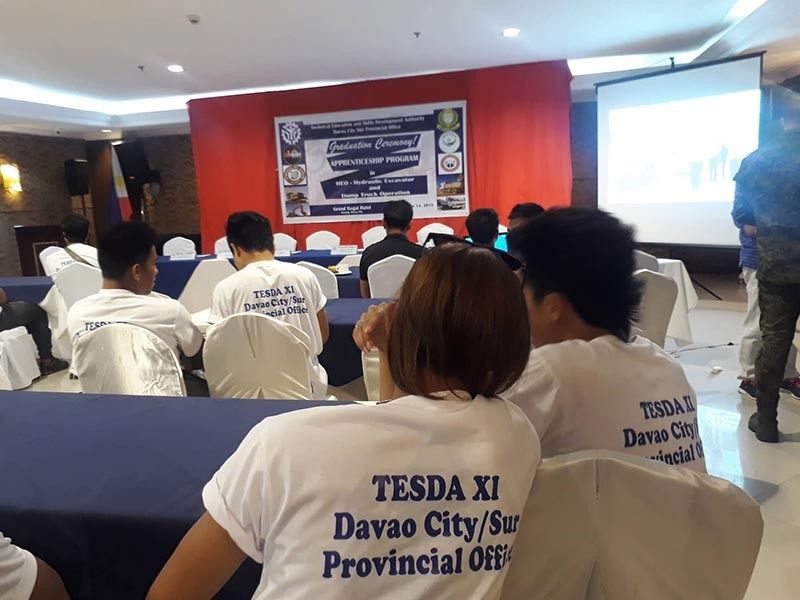 The program was offered by the Technical Education and Skills Development Authority (Tesda) and sponsored by G.E 64 Enterprises Inc. on Heavy Equipment Operation which provided the allowances of the trainees.

Alias Omar, 30, a resident of Paquibato, and a former New People’s Army (NPA) member, in an interview with the media, thanked the government for this program. Omar, who surrendered last year after 10 years in the communist movement, enrolled as an operator.

He said that he decided to lay down his arms because of the broken promises of the New People’s Army (NPA). For the years that he has been in the hinterland with the group, he never felt any progress on what they were fighting for. What also drove him more to surrender was his family and that he wants to be with his two children more often.

When he was still in the movement, he first became a member of the Special Partisan Unit (Sparu) that was tasked to kill people until he became a commanding officer. He also became vice company commanding officer, and vice commander of Alias Jefree who leads the unit operating in Paquibato and Calinan.

“Dako kaayo og kalahian. Didto sa sulod gamay lang imong panglantaw samantala kung naa ka sa gawas, lapad ang imong huna-huna diri (There is a big difference when I was still in the movement and now that I am now in the mainstream society in terms of my perception in life),” he added.

The graduation of the FRs is said to symbolize the success of the government in enticing rebels to abandon the armed struggle in exchange of a peaceful life in the mainstream society. This is also the implementation of Executive Order 70 or the whole nation’s approach to end insurgency.

For his part, 1003rd Infantry Brigade commander Colonel Nolasco Mempin said the graduates underwent proper skills assessment to determine if the skills training they are undertaking suits their interest.

Mempin added the former rebels were from Paquibato under the operation of 16th Infantry Battalion (IB) and most of them were regular members who surrendered through the collaboration of Peace 911. After graduation, some will be absorbed by G.E. Enterprise while some will be referred to other construction firms.