Forced evacuation for 18 families in Matina 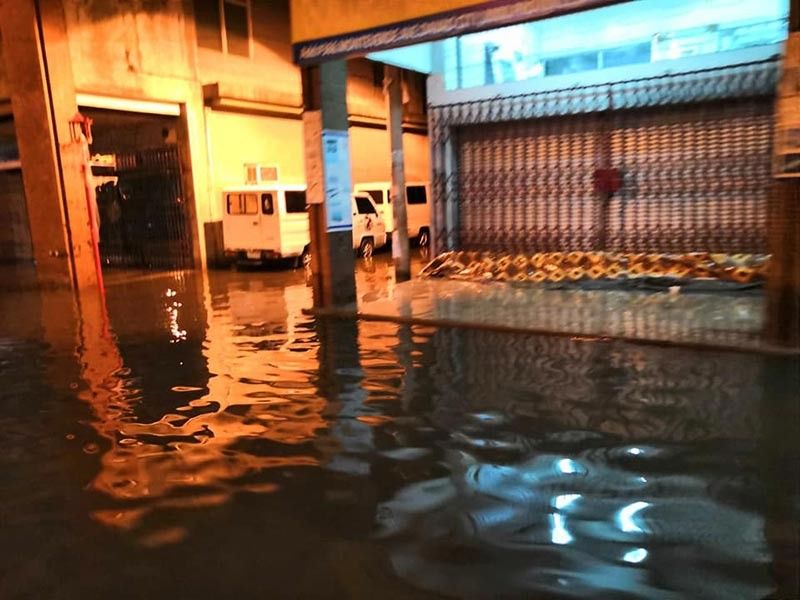 AT LEAST 18 families living in the landslide-prone Quiñones Compound in Matina Crossing, Davao City were forced to evacuate on Thursday evening, June 13, to ensure their safety during heavy rains.

The evacuation was assisted by Task Force Davao and Philippine National Police (PNP) personnel and the evacuees were temporarily housed at the barangay hall.

Bustillo said that because of the continuous downpour, there was a ground movement in the area, thus, they decided to evacuate the residents especially those who were dwelling near the cliff.

Residents were advised not to return to their homes just yet as of Friday due to the imminent danger. However, they noticed that some residents already went home.

So far, no ground movement was monitored along Diversion Road after the City Engineer's Office placed precautions in the area.

Meanwhile, the heavy rains on Thursday evening submerged some streets in the city and left several commuters stranded for the night.

Water level at Laverna Hills Subdivision, Diversion Road, which is known as a flood-prone area, subsided by 10 p.m. on June 13 and the road was passable to all types of motor vehicles.

“With these, BDRRMCs and communities are advised to take precautionary measures against the impact associated with these hazards which includes flash floods and landslides,” CDDRMC update read.

Despite the heavy rains, all river channels were monitored within safe level.