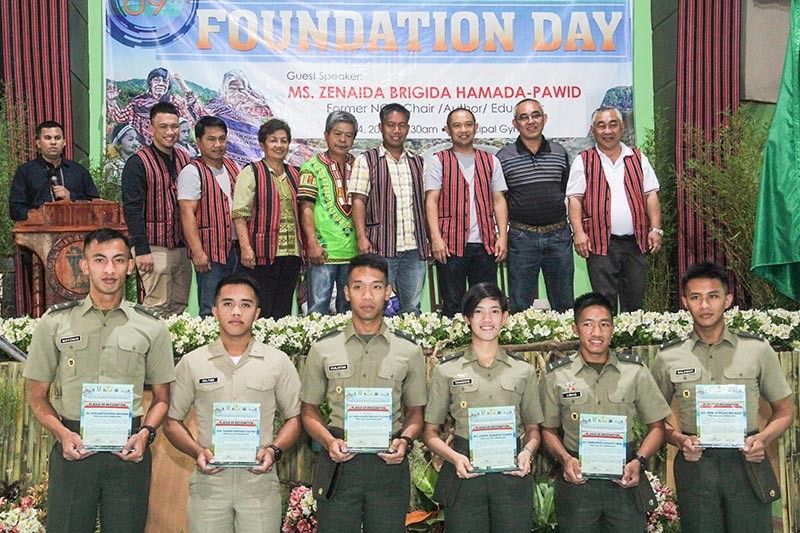 BENGUET. The local government of La Trinidad acknowledged the graduates from the Philippine Military Academy (PMA) during the celebration of the town’s 69th Foundation Day Celebration on June 14. (Photo by Jean Nicole Cortes) 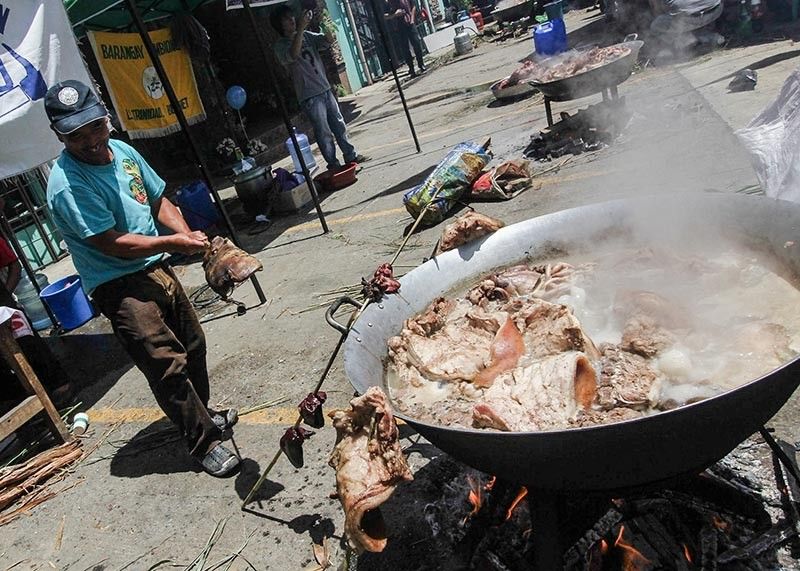 LA TRINIDAD, Benguet -- A bountiful feast transpired on Friday, June 14, with guests and stakeholders sharing 17 pigs that were butchered in celebration of the 69th founding anniversary of Benguet capital town.

Mayor Romeo Salda said this year’s annual gathering aims to preserve the culture of the capital town of Benguet.

“The 16 barangays have contributed their share for purchasing pig, one thing that we should preserve our culture,” Salda noted of this year’s annual foundation day with the theme “Recognizing our Roots, Building our Future.”

The Republic Act 531 on June 16, 1950 declares La Trinidad as municipality while creation of municipal ordinance no. 35 series of 2016 sustaining and strengthening the annual foundation day.

The re-elected mayor recalled the forefathers and leaders of the town and the present leaders who contributed to the progress of La Trinidad including the construction of the La Trinidad Vegetable Trading Post which triggered the town’s economy.

Benguet Governor Crescencio Pacalso expressed appreciation and gratitude to the town ad people of La Trinidad for bringing home fame and honor to the province.

“La Trinidad has been bringing home fame and honor to the province of Benguet in terms of sports, health, education, governance, peace and order especially the Municipal Police Station adjudge as national awardee for peace and order,” the governor added.

The municipality, the governor said, serves as example of good governance to other towns of Benguet.

In the annual celebration, the six graduates of Philippine Military Academy Mabalasik Class of 2019 from La Trinidad were also recognized for bringing pride and honor to the municipality.