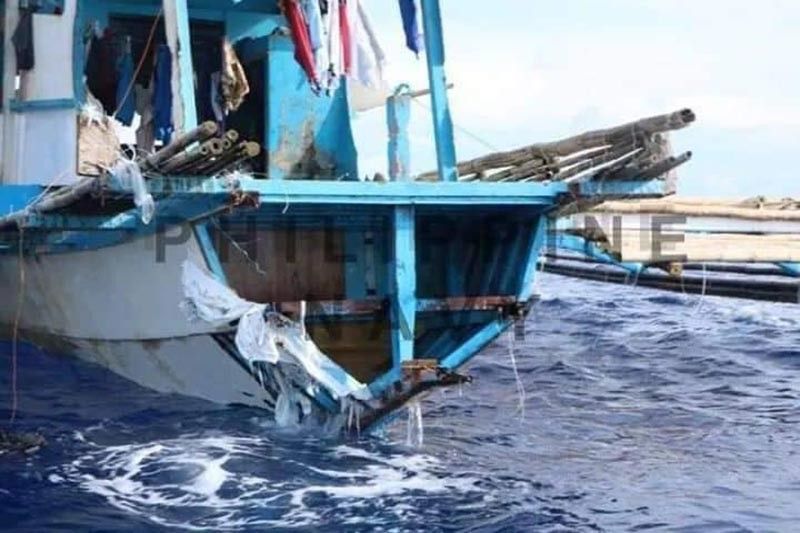 THE Chinese Embassy in the Philippines on Saturday, June 15, 2019, confirmed that a Chinese fishing boat had figured in a maritime incident that heavily damaged a Filipino fishing boat and left 22 Filipino fishermen in the waters near Recto Bank in the West Philippine Sea.

But China also said the Chinese boat was “besieged” by seven or eight Filipino fishing boats. It hit the Filipino boat F/B Gimver during its “evacuation”.

The embassy added that the “Chinese captain tried to rescue the Filipino fishermen, but was afraid of being besieged by other Filipino fishing boats.”

The Chinese boat sailed away after it confirmed that the Filipino fishermen had been rescued.

“The above shows that there is no such thing as ‘hit-and-run’,” the Chinese Embassy said in a press statement posted on Twitter Saturday morning.

This was a denial of the “hit-and-run” allegation contained in the diplomatic protest filed by the Philippines Department of Foreign Affairs (DFA) on June 12, 2019.

The Philippine protest, based on a report from the Philippine Navy, said Filipino boat F/B Gimver was anchored near Recto Bank in the evening of June 9 when it was hit by a Chinese boat.

The Filipino boat sustained major damage, but the Chinese fishermen allegedly fled the scene instead of rescuing the Filipino crew. A Vietnamese fishing boat nearby rescued the Filipinos.

For its part, China said its preliminary investigation showed that the incident occurred at 12 midnight of June 9, 2019.

Chinese fishing boat Yuemaobinyu 42212 from Guangdong province was berthed in the vicinity of what China calls Liyue Tan (known as Recto Bank in the Philippines and internationally as Reed Bank) when it was “suddenly besieged by 7 or 8 Filipino fishing boats.

The embassy said the Chinese boat tried to avoid the Filipino fishing boat during its “evacuation” but its “steel cable on the lighting grid or larboard bumped into the Filipino pilothouse”.

“The Filipino fishing boat tilted and its stern foundered (sic),” the embassy said.

The statement added that China “attaches great importance to China-Philippines friendship and safety of life at sea, and will continue to properly handle this issue with the Philippines in a serious and responsible manner.” (MVI/SunStar Philippines)
< Previous PageNext Page >