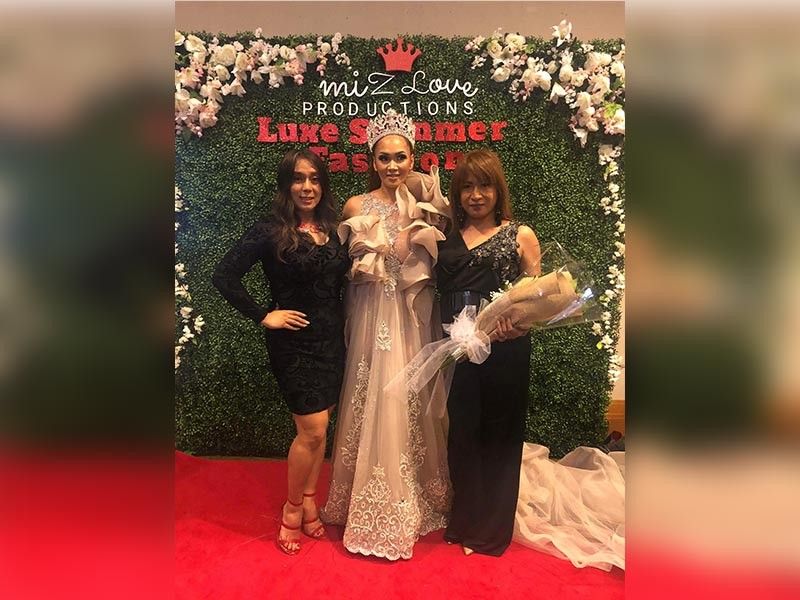 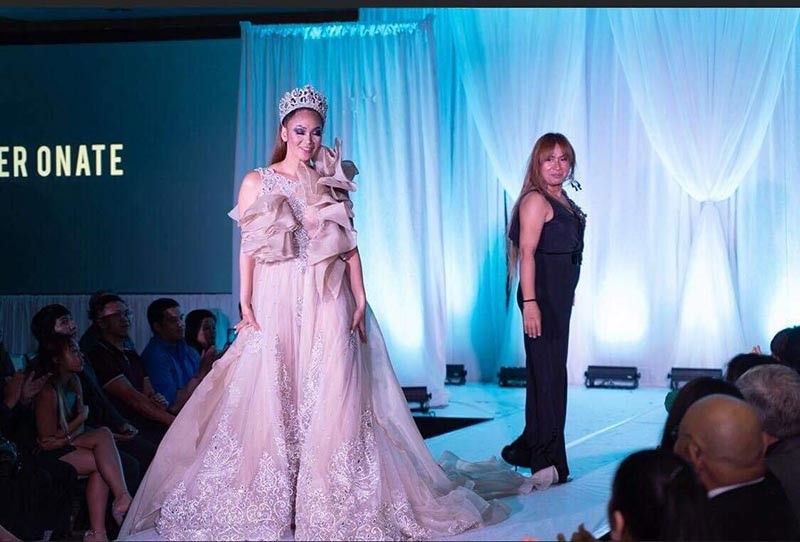 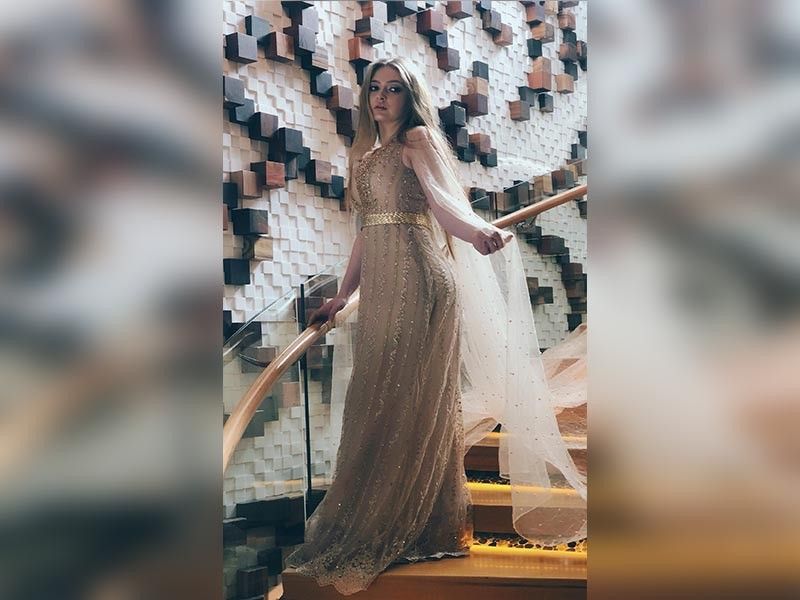 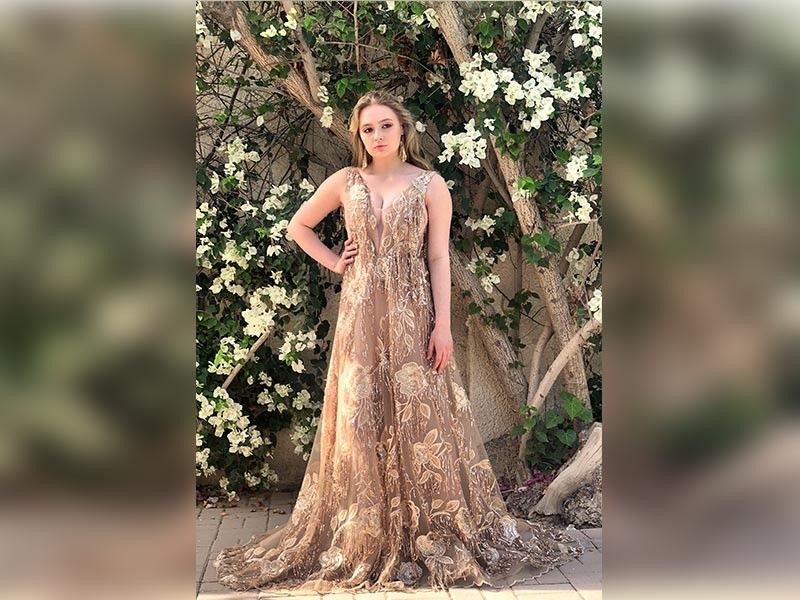 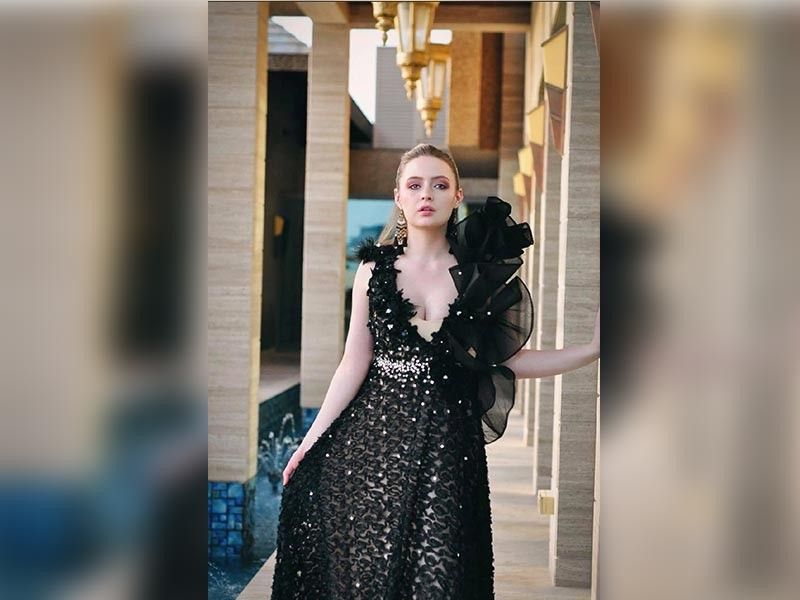 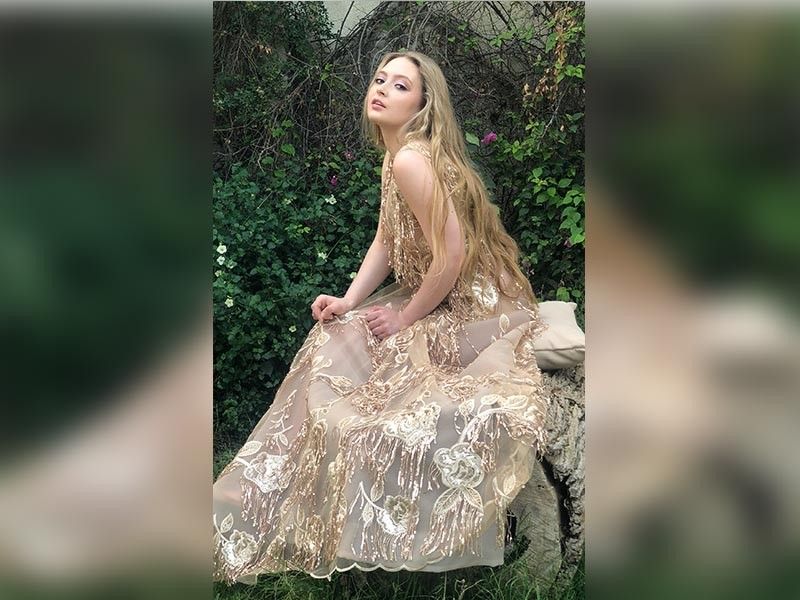 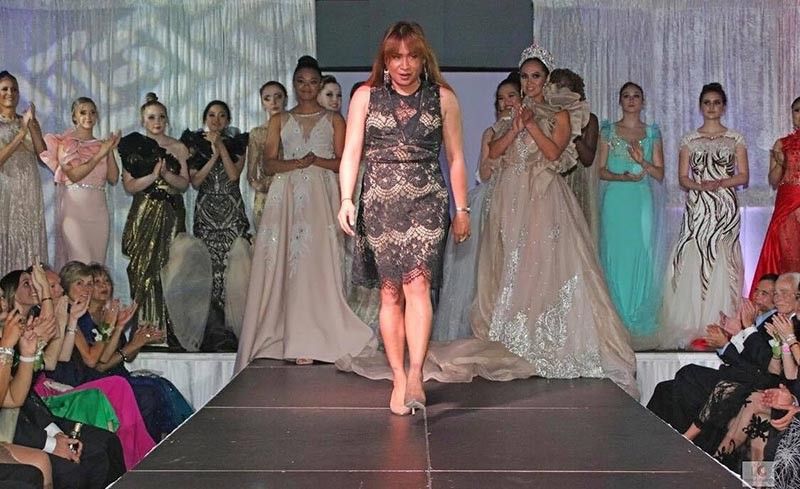 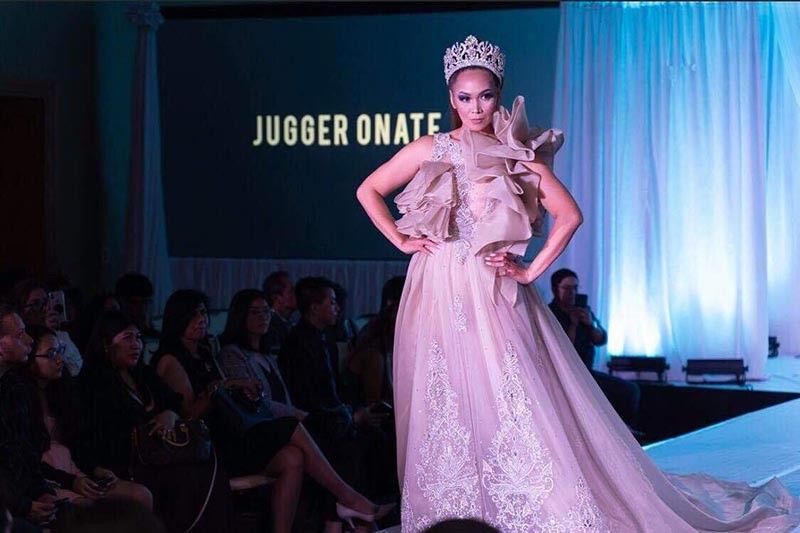 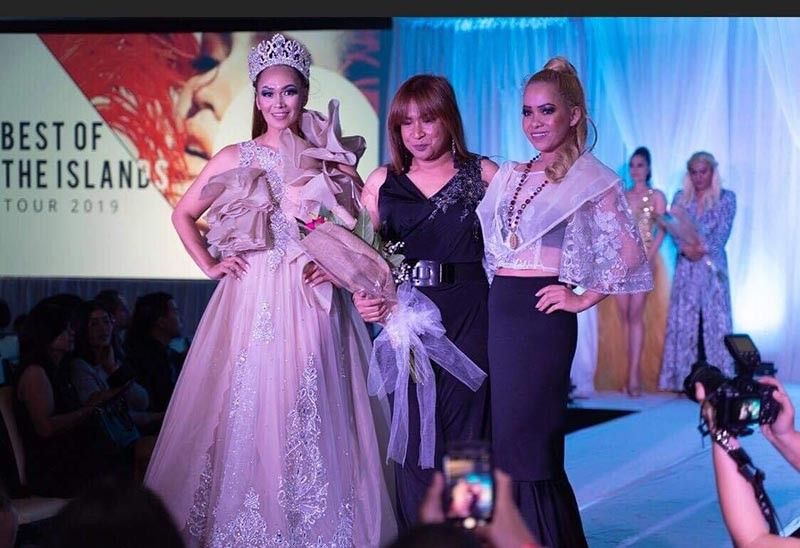 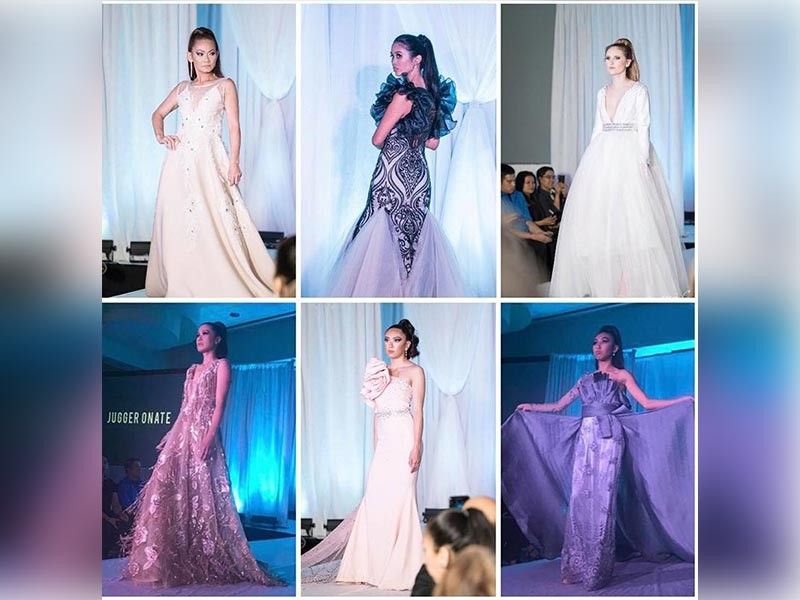 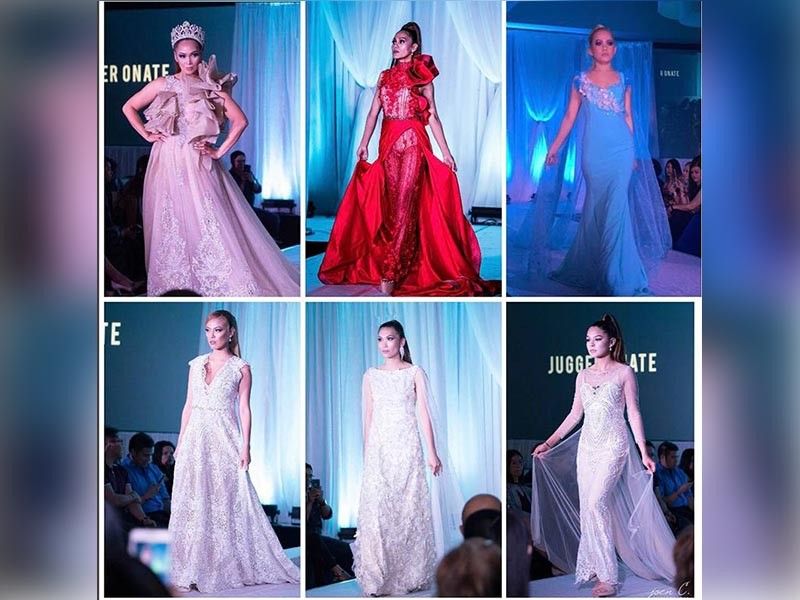 LAST year, Illustrado Magazine released an issue featuring 100 of the hottest Filipino designers around the globe.

This lifestyle-community magazine published in Dubai, United Arab Emirates, acknowledged the names of Michael Cinco, Furne One and Ezra Santos, who were dubbed as the “Fashion’s Holy Trinity,” which is not surprising as these fashion designers are well-known for their works and the fact that they have dressed countless Filipino celebrities and Hollywood stars.

Cagayan de Oro City, where several talented artists are born, won’t let itself be left behind as Kagay-anon-born Jugger Onate makes herself and her glamorous designs known in the global stage.

Began as a creative kid with a knack for design, Onate developed her talent through simply draping fabrics and turning them into dresses for her cousins and playmates.

“It has always been my lifelong dream and passion to become a fashion designer. I am an artist myself, creativity runs through my veins,” Onate, in an exclusive interview with SunStar Cagayan de Oro, said.

However, it was in grade school to high school that Onate, like a true blue-blooded Atenean, harnessed her skills to the fullest.

“Being an Atenean means you are to push your full potential as a young person. In college, I have pushed my full talent potential by starting doing dresses for my classmates and teachers, and friends. I have monetized my talent and my passion for fashion by opening up my own atelier thereby expanding from dresses to uniforms,” she said.

In fact, it was Onate’s design that the Xavier University students are wearing to this day.

A graduate with degree in Bachelor of Science in Business Management, Onate shared that she did not have any formal education in fashion design until she got to travel to Europe and did short and intensive courses in fashion.

“I have just signed up for another short course in Fashion at the University of Arts in London, College of Fashion. Plus I do constant research and bought many fashion books that most fashion schools abroad are using. Self-taught is what I call it,” she said.

From Cagayan de Oro to abroad

In 2009, Onate went out of country and worked in Abu Dhabi for a prominent fashion house for four years where she learned more on the couture process.

In late 2011, she moved to Bahrain where she got to develop more of her talent and expanded her horizon through working on dresses for royalties and the affluent. She is still in Bahrain at present and establishing her own brand.

Onate had done a number of fashion shows in Cagayan de Oro, from bridal exhibitions to pageantry and mall shows. She was also one of the pioneer members in establishing the Oro Fashion Designers Guild. She also participated in fashion shows while working in Abu Dhabi.

At present a Bahrain-based fashion designer, Onate recently unveiled her latest couture collection for a solo fashion show in Dallas Texas and will be doing two more shows in Houston and Beaumont.

Her collections and inspirations

Her fashion aesthetics has always been couture, Onate said.

“The craftsmanship and details the designer puts into his work to turn into a masterpiece is just so unbelievable. It makes me proud to make pieces that you work hard, not to mention, the ingenuity and number of hours you put yourself to it,” she added.

Looking at her designs, one would think that Jugger Onate’s works “could be minimalistic but mostly couture” if you have an eye for detail.

Details have a strong impact to the dresses and Onate’s have “bold” details in its silhouettes and fabrics.

Onate shared that her designs came from several inspirations, the first being the woman’s sense of style and femininity that she got from her mother, sister and the women around her.

And as she got to travel as lot in Europe, her world on fashion design continue to open. The people, the architecture, arts and culture, and the sense of order amongst chaos, it inspired her a lot.

“I have traveled most of Europe, and each city has something that gives or leaves me, a fashion inspiration,” Onate said.

A Kagay-anon among the great fashion designers

Honored, happy and proud, Onate said as she recall her emotions when she received a message from the editors of Illustrado Magazine that she is in the list of the 100 hottest Filipino designers around the globe.

“I mean there are thousands of talented fashion designers all over and to be included in the list of just 100, it’s surreal, and it’s also glorious,” Onate said.

“You are in the hallmarks of the present great fashion designers the likes of Michael Cinco, Furne One, and so many others who have achieved fashion greatness.

Designers whom you have looked up to for inspiration,” she added.

For Onate, it is something that she can share not just for her family but also to all the Kagay-anons and Filipinos all over the world.

And to all the aspiring Filipino fashion designers, her message is:

“Reach for your dreams! Know what you want and know how to get it. Equip yourself with knowledge through fashion education and or research. Learning always happens everyday. And work hard for it,” Onate said.

Onate will be opening her line in the United States on a venture alongside a fellow Kagay-anon and her mentor Jil Lasaca and Carlo Vargas who have been instrumental in bringing her couture line. She also has a lineup of fashion shows in the US that will run through September to November of this year.