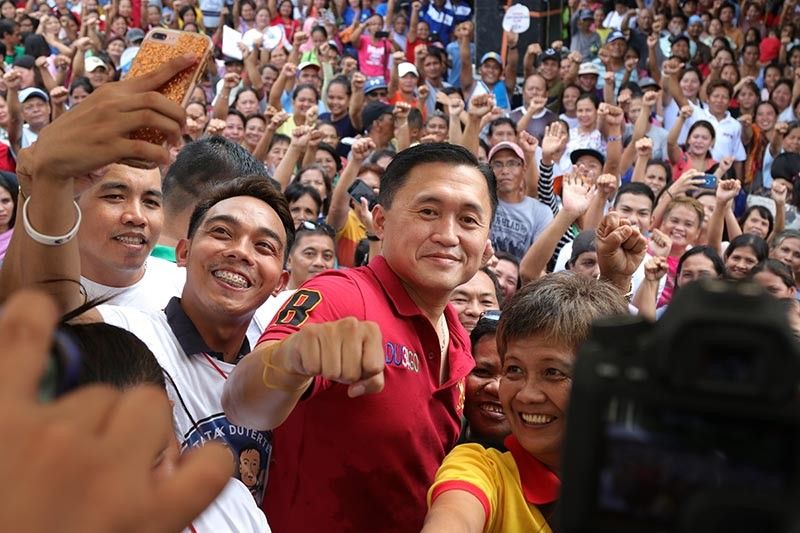 Go was in Davao City on June 14 and held a thanksgiving party for his 45th birthday.

The former presidential aide said in his speech the extension of the barangay officials will be one of his priorities in the opening of the Senate in July.

“Gusto ba ninyo ma-extend inyo termino? (Do you want your term to be extended?),” Go asked barangay officials and their constituents during the activity at the Almendras Gym.

“Ako kana i-extend kay wala man mo sala nga gikaon inyo miaging termino (I will extend your term. It is not your fault that your term was consumed),” Go added.

He also said that he will pass more legislations to support the barangay, the smallest yet vital government unit in the country.

The Congress ratified bills suspending the polls originally scheduled in October 2016 and October 2017, until it was finally concluded in May 2018.

President Rodrigo Duterte also supported the suspension of elections after expressing his concerns regarding the possible use of drug money in campaign sorties.

Meanwhile, Go roamed around the city to personally thanked his Dabawenyo supporters.

He topped the actual voting results on the Senatorial race in the city with 533,550 votes.

Go visited the barangays in Tibungco and Calinan in the morning, while he went at the Almendras Gym in the afternoon to meet with his other supporters in the dowtown area.

In the evening, he treated some 200 indigenous peoples children with a dinner and gave each school supplies.