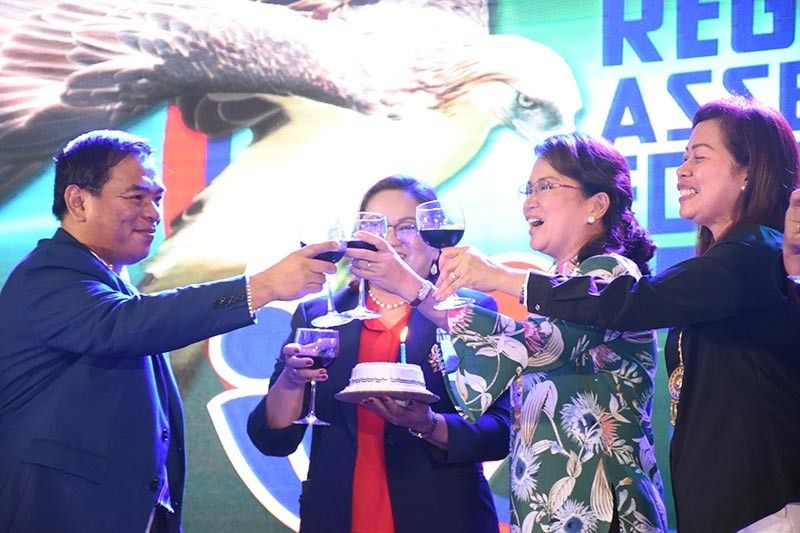 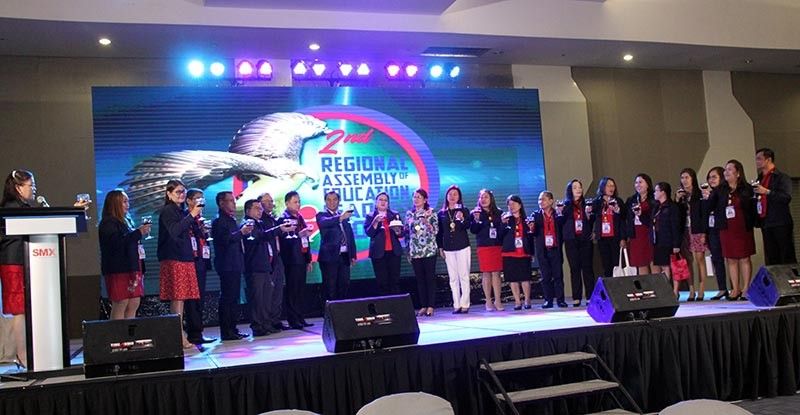 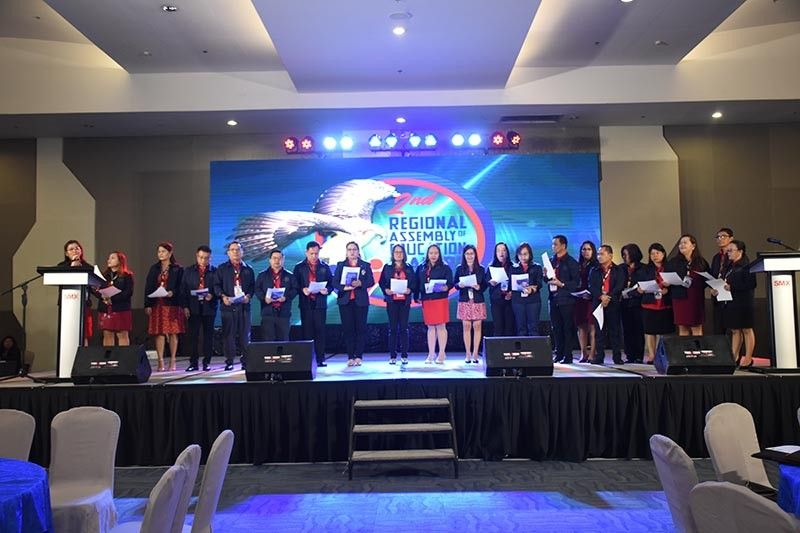 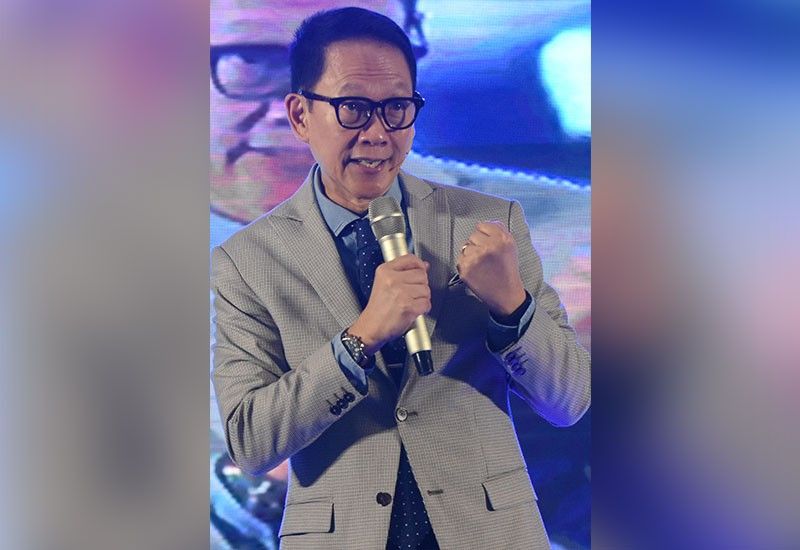 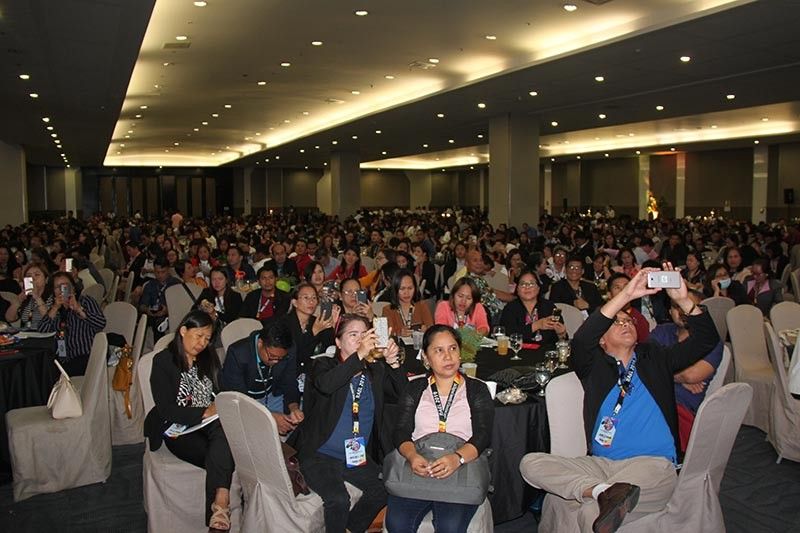 IF THE first staging of the Regional Assembly of Education Leaders (Rael) 2018 was the best thing that happened to the members of the Philippine Association of Schools Superintendents in Davao Region (Pass 11), the 2019 edition is one for the books.

Aside from high caliber speakers, this year’s Rael 2019 marked important milestones in the lives of six education leaders of Davao Region who were promoted and received Presidential appointments.

With the theme, “Hold it in trust: Leading the time of industry 4.0”, 2019 Rael that gathered more than 3,000 participants coming from 11 schools divisions of Davao Region was again staged at the SMX Convention Center in SM Lanang Premier, Davao City.

Carefully selected topics patterned after the National Assembly of Education Leaders (NAEL) catered to the various needs of the region’s instructional leaders as they perform their tasks in providing their teachers and learners the kind of direction they deserve.

Davao City councilor-elect Mabel Sunga Acosta who represented Mayor Sara Duterte-Carpio conveyed the mayor’s greetings of welcome to the participants and wished that they enjoy their stay in the City through the slogan, “Life is Here”.

Also during the opening program, erstwhile regional director and now assistant secretary for legal affairs, lawyer Alberto Escobarte praised the conduct of the 2019 Rael and likened it to a potent and compact package for all. He congratulated Pass 11 for initiating the said activity and providing a platform for valuable interaction and sharing of practices through the said activity.

Escobarte was feted with a warm send-off by the Pass 11 members headed by SDS Josephine Fadul, President and wished the good director to stay focused and dedicated to his job.

Most sought after speaker Francis Kong opened the plenary session with his topic “Leadership as Stewardship” where he emphasized that one always attract on what he/she is, not by just talking but more on doing.

For his part Theosophical advocate Vicente Hao Chin theorized that a person could only claim self-transformation if he has a capacity for happiness, competency and knows how to handle his personality and character.

For the the second time, the Philippine Association of School Superintendents (Pass) invited Executive Director of the Philippine Career Executive Service Board Atty. Maria Antonette Velasco-Allones where she again took the RAEL participants into honest and exact realities. This time, however, many were caught tongue-tied to put their financial situation on a discussion.

According to Allones, debt should not make people feel that they fail. They should look for ways to change or solve their problem.

“When you give up, that makes your failure permanent,” said Allones, adding that school heads are more prone to corruption since they are tasked to hold government funds.

Allones emphasized that school heads are the foundation of the country and they should manage the schools with integrity. Additionally, they were told that when they make decisions, it should not be about money. In the career of a school head, the deciding factor should be relationships.

The art of handling money plays a crucial role in the kind of life people will have. The issue on debts, for example, prompted every individual including teachers of this generation to be serious on this matter. It prompted the management of the Rael to include financial literacy as a topic to tackle in the assembly to at least help educators achieve financial stability.

He added that people need to be educated on the term “investment” for the majority often misconstrued its meaning. Investment in its real context gives a regular income or returns and using the term investment for a house is a way of deceiving man’s understanding of what the term is.

Anthony Pangilinan, brother of Senator Kiko Pangilinan, coined an acronym for DepEd in his way of giving inspiration to education leaders and mobilizing them to advocate a better life for the teachers and their learners. He spelled out DEPED as Dare to be different, Engage with mission and process, Purpose to transform daily, Embrace your weaknesses and constraints (all people have it), and Decide to live and lead in the community.

ICT driven speaker, Alexander Arevalo emphasized the need to practice the production of complete staff work in all undertakings in the government not only to stay but to gain the trust and confidence of the ones they serve.

On the third day, Kevin Concepcion, brother of singer-actor Sam Concepcion and who has gained his own popularity in many fields put a premium on customer service as not a department only in a company but an attitude towards its clienteles, the important component of public service.