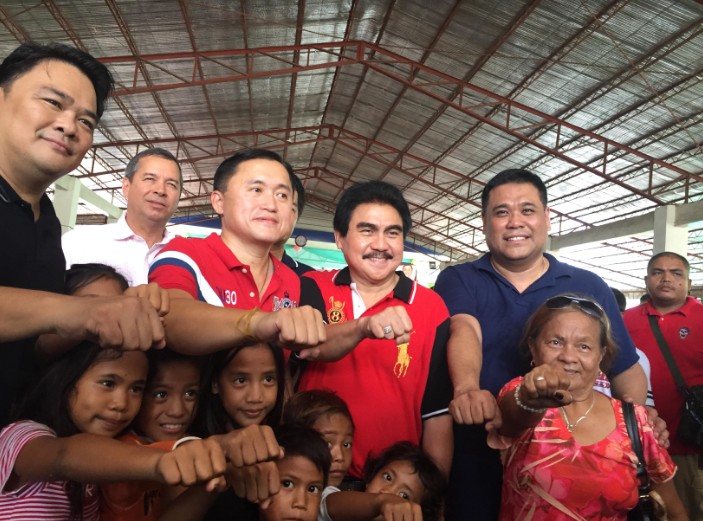 Go, who was in Bacolod City Sunday and personally checked the situation of the fire victims at Andres Bonifacio Elementary School-II (ABES-II) Gymnasium, said he has spoken with representatives from various government agencies on the delivery of assistance to the fire victims.

He noted that one of his campaign promises was to address the needs of the Filipino people.

Fire displaced 247 families, or 1,197 individuals, after it razed 224 houses in Purok Cagaycay.

The blaze broke out in the house of Elbert Deo, 34, and immediately spread to other houses made of light materials. No injuries were reported.

The fire victims are still temporarily staying at the ABES- II Gymnasium.

He said the government agencies will coordinate with the barangay officials to identify the qualified beneficiaries of the low-cost housing program of the NHA.

He pledged to give new school uniforms to all the affected children in Barangay 2.

Go promised to also give cash assistance and groceries to the fire victims.

He also promised to be the godfather of the pregnant women in Purok Cagaycay.

Since it was Father’s Day Sunday, Go treated all the fathers and their children from Purok Cagaycay to a meal in Jollibee.

For his part, Mayor Evelio Leonardia said he was very thankful to Go for visiting the fire victims in Barangay 2.

He said of all the national candidates, Go was the first candidate who visited and delivered his assistance to the fire victims.

“We need his presence because in terms of the total of families affected, it’s a big number of affected families so far in Bacolod,” he added.

Leonardia noted that they already talked with the NHA on the possibility of giving the affected families a relocation site, but this will go through a consultation process.

Meanwhile, Go also joined a boodle fight with the trisikad drivers of Barangay 3 with Leonardia and Representatives Greg Gasataya and Alfredo Benitez.

After the boodle fight, Go gave his shoes to a boy he saw in the area.

Rayver Alcala, 14, a Grade 8 student and resident of Barangay 3, said he is thankful to Bong Go for giving his own shoes.

“I’m very thankful for this (pair of) shoes and I will use it in basketball,” he said.