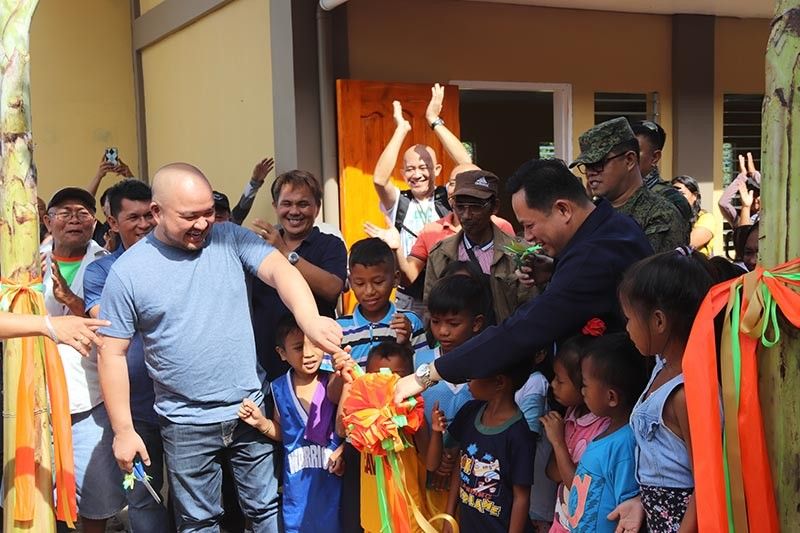 DAVAO. Ribbon-cutting of the new school building comprised of two classrooms that will benefit 62 students. 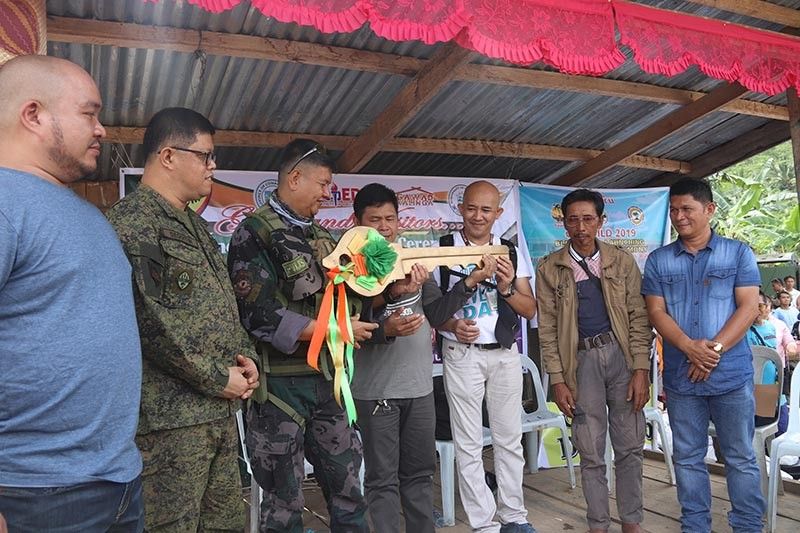 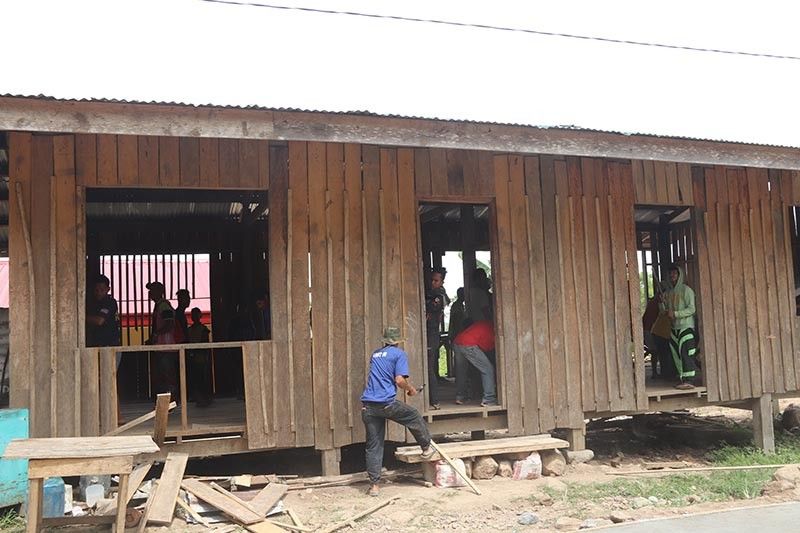 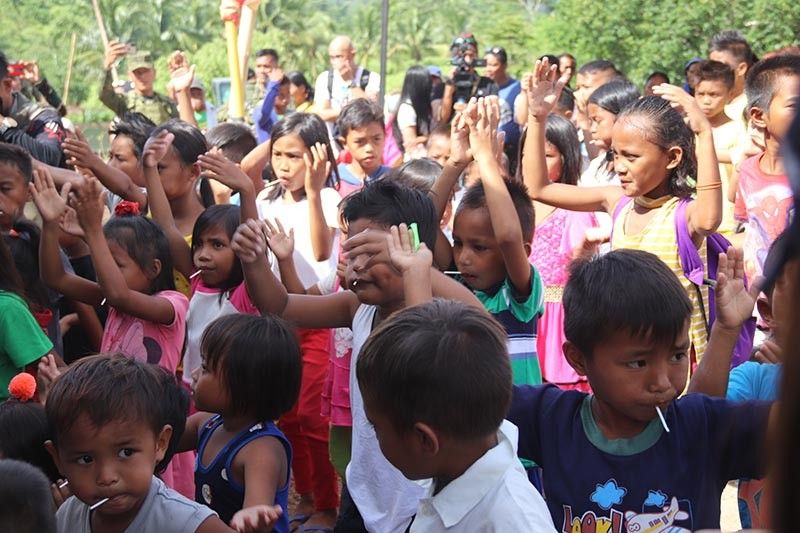 DAVAO. Beneficiaries of the new school building in Sitio Puting Bato, Ngan, Compostela, entertain the crowd during their intermission number. 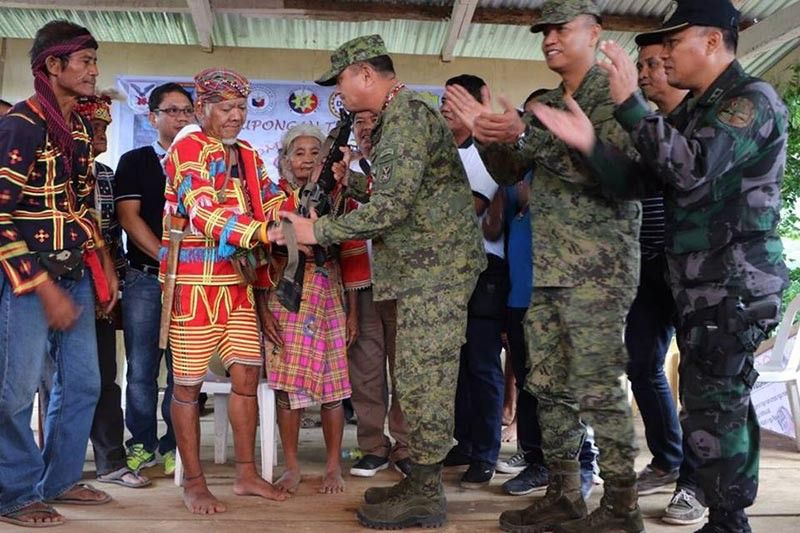 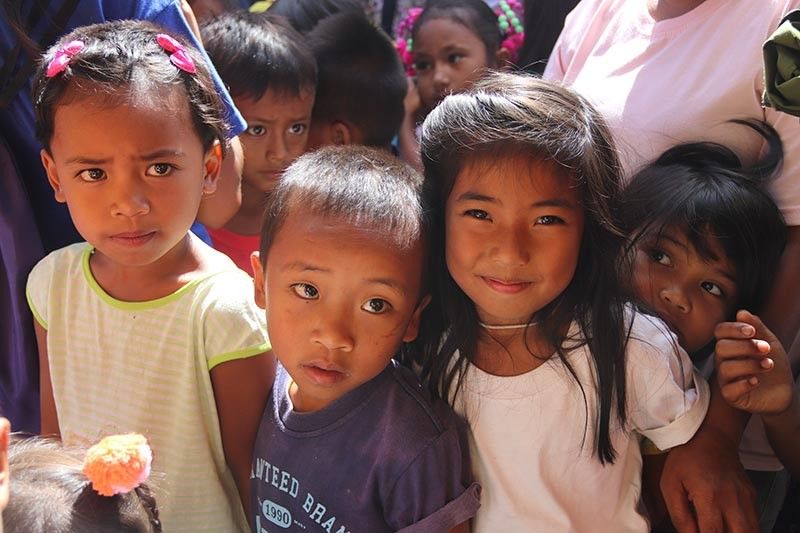 DAVAO. Elementary students of the new school in Sitio Puting Bato, Ngan, Compostela, Compostela Valley smile before the camera. They will enroll in this newly-built school this new school year. 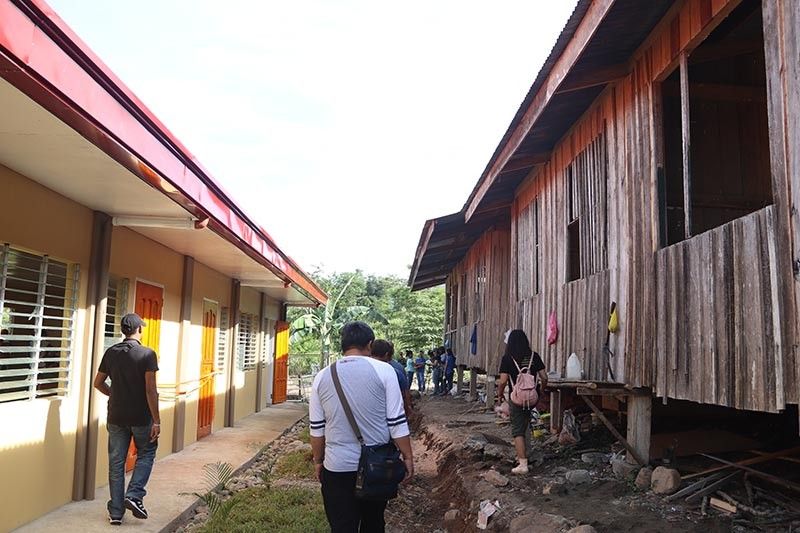 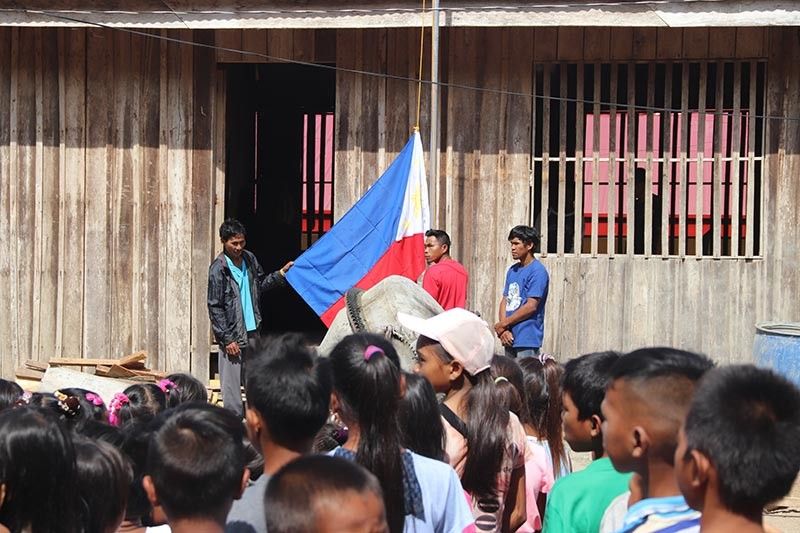 DAVAO. A flag ceremony marks the start of new beginnings following the turnover of the new school building on May 31.

There have been several reports of closures of these Salugpongan schools across the region since last year because of alleged violations against the Lumad. The institution gained attention after authorities discovered that the schools were allegedly being used to recruit minors from the indigenous communities to the New People’s Army (NPA).

How it came to be

In an interview, Manobo chieftain Datu Guibang Apoga, 80, tribal leader of the Langilan-Manobo Tribe, said he ordered the closure of these Salugpongan schools in Talaingod, Davao del Norte because "it has already lost its purpose." Instead of uniting the Lumad, it has caused division among them. Apoga is a former member of the NPA and was with the group for around two decades.

Based on the military’s record, sometime in 1991, a large firm increased its logging operations from 19,000 hectares to 45,000 hectares within the Ata-Manobo's ancestral domain, which covers most part of Talaingod. The expansion of logging activity was approved through the Industrial Forest Management Agreement (IFMA). This did not sit well with the Lumad communities who feared that they might lose their ancestral lands.

After seeing Salugpongan's resistance against the logging operations, the NPA took part in their activities. The tribal group led the series of attacks against the firm’s workers armed with their bows, arrows and improvised firearms to prevent the intrusion in their ancestral domain.

In 1994, because of the hostilities between Datu Guibang’s group and the Talaingod mayor’s stance on IFMA approval, then Davao City Mayor Rodrigo Duterte intervened and convinced conflicting parties to sign a memorandum of agreement to end the harassment and later cessation of the firm’s logging operations.

Kalumaran, through Pasaka, established the STTICLCI which was registered on July 24, 2007 with SEC (Reg No. CN 200729402) and started to operate in Sitio Dulyan, Palma Gil Talaingod. The school has expanded to different provinces like in Compostela Valley, Davao Oriental and even in Davao City.

Tribal communities claimed that these schools are influenced by the New People’s Army but the facilitators of STTICLCI have denied these accusations.

Later on, Datu Guibang requested the government for the immediate closure of Salugpongan schools through a manifesto. He cited that the said schools have already lost its purpose of educating the Lumad kids and have transformed into recruitment centers to groom future NPA members. He also requested for the building of legitimate schools.

On November 27, 2018, the Community Tribal Council of Sitio Dulyan, Palma Gil, Talaingod, Davao del Norte acted on the manifesto for the closure of STTLICLCI main campus. The move triggered the group of former representative Satur Ocampo and Francisca Castro, ACT representative to go to the area.

On November 28, 2018, Ocampo and Castro with 16 others proceeded to Sitio Dulyan with the intention to transport 14 minors to the Haran Compound in Davao City.

Records from the Department of Education (Deped) showed that there are a total of 73 private learning institutions distributed in the region which have been granted temporary authority to operate, in which, most of the learning centers are found in Davao del Norte and 37 of these have pending applications for renewal.

According to Deped, “permit to operate” refers to the temporary authority to operate granted by the agency to a private learning institution and is granted to an applicant still in the process of completing the requirements for full recognition.

On May 31, a Salugpongan School, accused to be teaching communist ideology, was demolished by the communities through a resolution to give way for a new two-classroom school building in Sitio Putting Bato, Ngan, Compostela, Compostela Valley.

Prior to the demolition, a school building which costs around P1.2 million was turned over to the community. This is seen to address the problem of lack of school facilities in the far-flung areas and provide them a conducive learning environment. The local government hired two licensed teachers to facilitate the classes.

In Talainnod, Davao del Norte, Deped targets to build around seven schools in the Geographically Isolated and Disadvantaged Areas (GIDA) in the town to address the problem of illiteracy among Lumad communities.

Torres said when he was still the 1003rd Infantry Brigade commander that they found evidence and materials that teaches communism. They also have narratives from surrenderers who attested to the claims that the institution is associated with the communist group.

“Revelation narin ang nagturo doon, some of them ay nagturo mismo sa Salugpongan school. Sila ang nagsasabi na ganon ang tinuturo nila and they were NPA themselves. There are sworn affidavits that would attest to the fact na lalo na nong kasagsagan ng issue about Salugpongan, about Satur Ocampo. Some affidavits were signed and executed by some tribal leaders and mga residente doon sa Talaingod,” Torres said.

The sworn affidavits of the surrenderers contained that Salugpongan teachers taught students how to hold and maneuver firearms and incite rebellion for the students to stand up against the government instead of teaching them how to be patriotic.